Look, I’m not fighting the notion that the Packers played like absolute dookie last week. They did. In all facets of the game, throughout the game. But come on... you didn’t honestly think one game a Packers team makes, did you?

That is so sweet. Stupid, but sweet.

This Packers team hasn't even begun. Maybe they didn't play the Bucs tonight, so we're not going to get carried away here and say it was an absolutely perfect game, because it was not: they were slow to start, the defense was kind of terrible, but by the time it was all said and done, they pulled it together and scored 21 dominate, unanswered points.

More importantly, the offense made plays that made you believe something special was starting. Randall Cobb was Classic Cobb on back-to-back 3rd down conversions. Robert Tonyan was getting involved and making us wonder why the hell he isn't ALWAYS involved. Davante Adams was back. Aaron Jones was running, catching, and most importantly... getting them tds!

It was shocking to see how many people got off the Aaron Jones bandwagon after a shitty performance last week. Well maybe not shocking because people are ridiculous, but still, the game wasn’t even over and the “this is why you don’t spend big money on your running back!” nonsense came out. After one week. Then there was the conversation of Jamaal Williams (who I will always love) coming back to Lambeau and proving to the Packers they made a big mistake letting him go. Sure, the Packers have prematurely released a lot of players they shouldn’t have: Williams was not one of them. That was just an unfortunate but necessary business move to keep 33 in green and gold so he could have yet ANOTHER 4-touchdown game.

Folks, THAT is why you pay Jones the big bucks!

And 4 TDs is exactly why you do whatever you need to do to keep #12 on your squad. Sure, last week’s performance was garbage for everyone, Rodgers included, but if you were one of these people out here talking about how Rodgers isn’t fully in the game (ahem, Dave) and how that performance was clear evidence of that, well you don’t know Aaron Rodgers. If he wasn’t in this game, if he was half in/half out, he would be fully out because Aaron Rodgers doesn’t half ass anything – he full asses it or he doesn’t ass it at all. 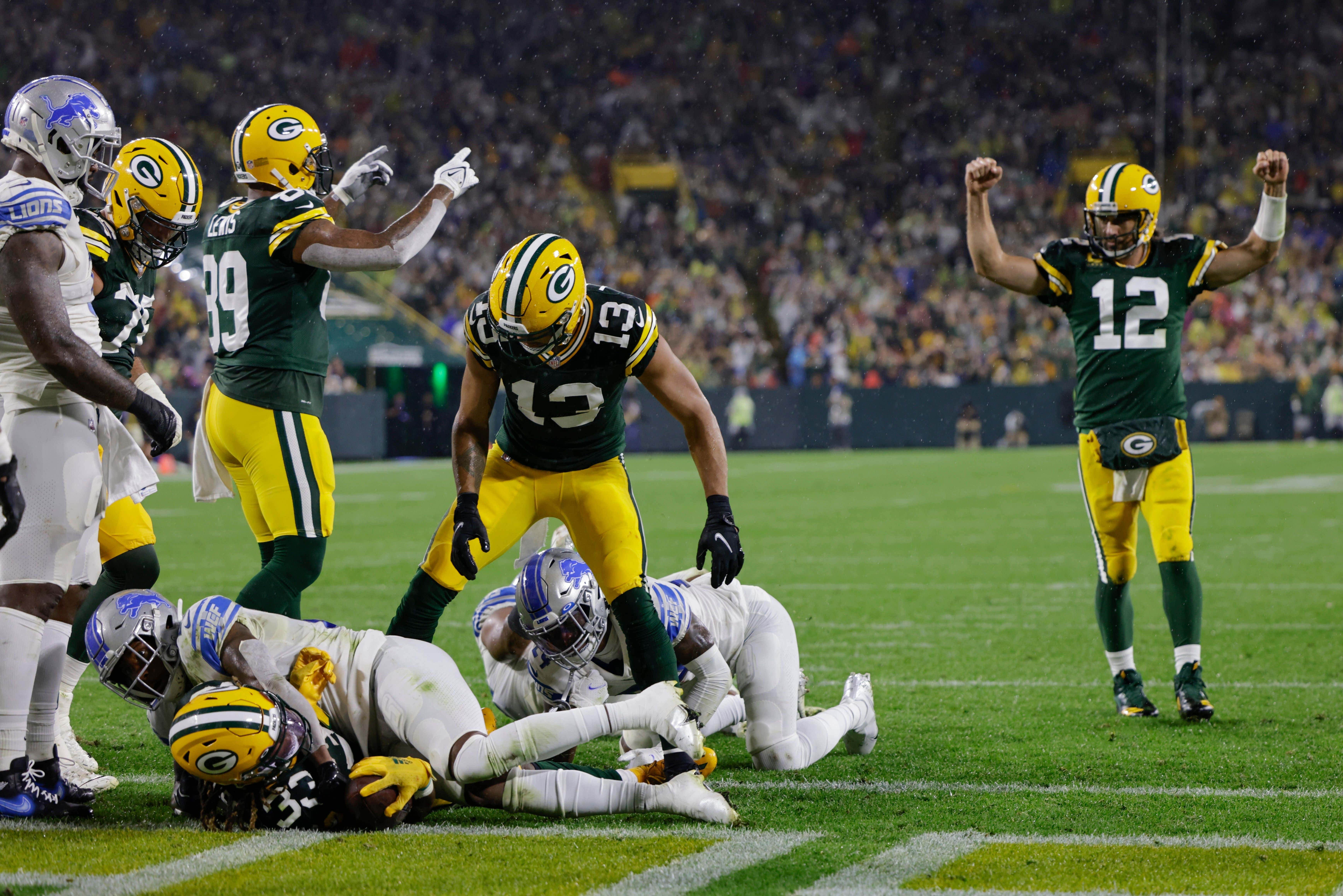 Now that's something I can get behind.