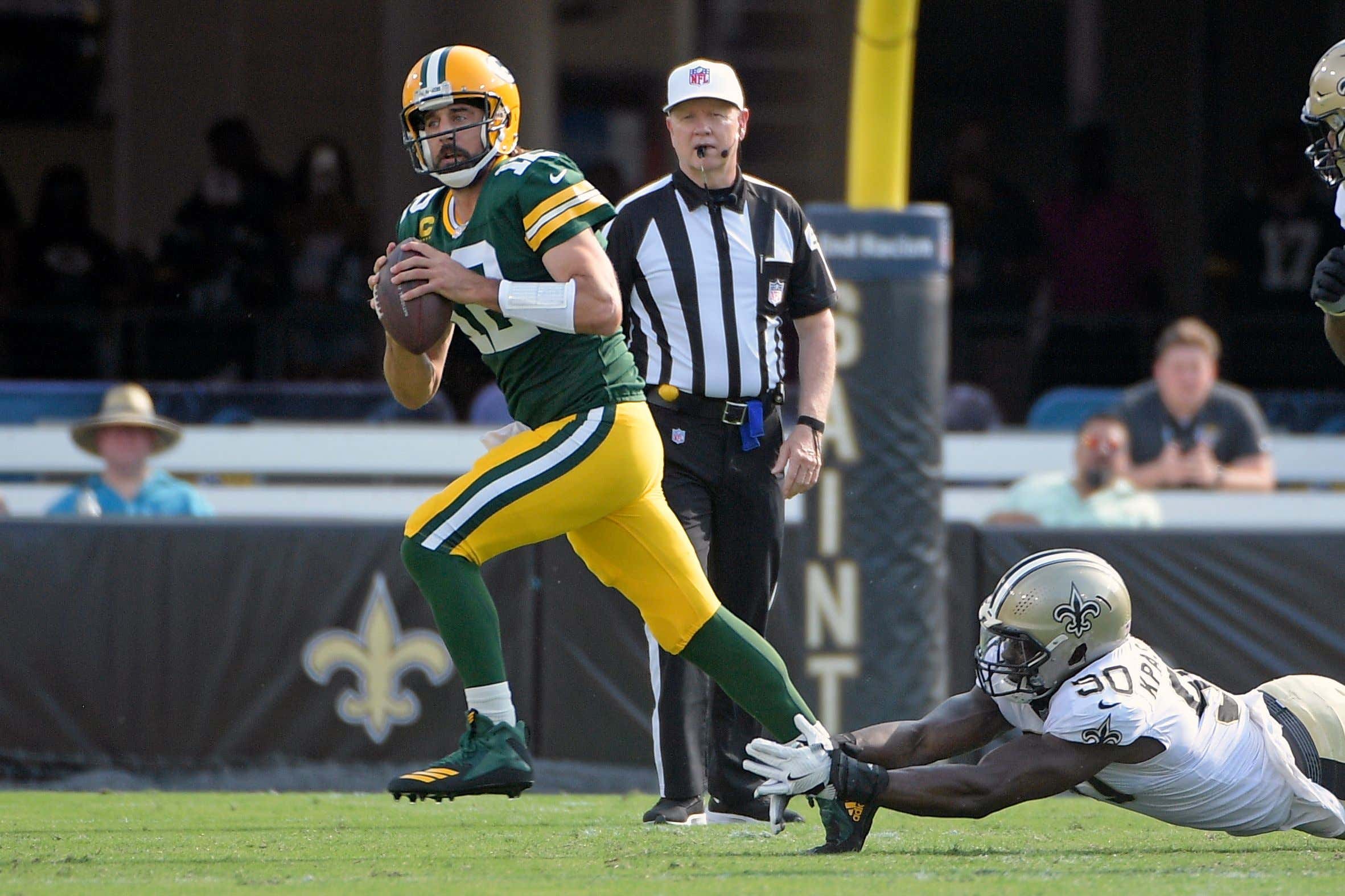 Phelan M Ebenhack. Shutterstock Images.
It was a damn emotional offseason, but here we are in week one with Aaron Rodgers under center. I wasn’t sure it was going to happen, so when it did, the only thing I could do was be grateful for the opportunity to do the dance one more time with #12 and enjoy every single second we had with him.

And that’s exactly what I intend on doing.

Through the good times and the bad times. This game against the Saints?

Big time bad time. Honestly, it was so horrible that I can’t even be upset. There were so many things that went wrong, you couldn’t even put the blame on person if you tried. Of course, everyone will immediately blame Rodgers and his lack of full participation in the offseason. But that’s a lazy and over-simplified argument. He’s not a young, inexperienced quarterback; he’s a seasoned vet playing with teammates who are extremely familiar to him, who he’s also been practicing with for a couple of months now. The offseason drama and wasn’t the problem, Aaron Rodgers wasn’t the problem, EVERYONE was the problem.

Aaron Jones had 5 carries for 9 yards. Davante Adams and Randall Cobb had a combined 88 yards. Poor Jordan Love looked like he was moving down the field… and then he fumbled the ball. I’m pretty sure the offense converted only a single third down the entire game, and even that took hours to accomplish. But that's the kind of shit that's going to happen when you're starting two rookies on the offensive line.

Well, this guy threw 5 tds against them and was out there running like he was Usain Bolt… in Jacksonville. So yeah.

The game was trash, the team looked confusingly bad, and that's that. But it's week one and I'm not going to overreact because Rodgers is back and this disgusting loss is sure to light a fire under everyone's ass.