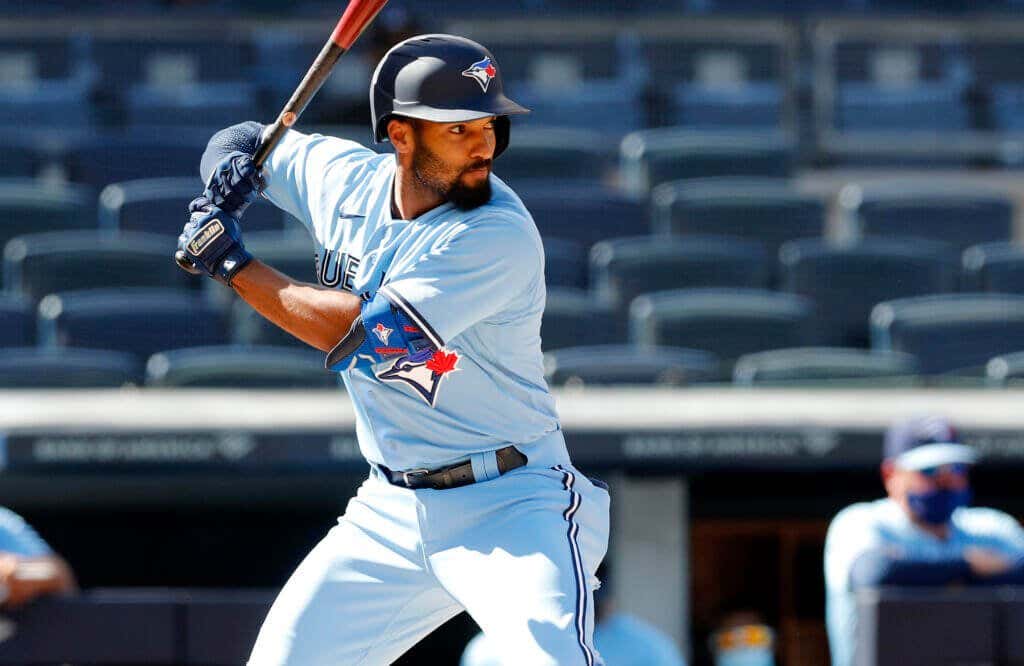 I'll be honest, I thought Marcus Semien's prime wasn't going to last. I didn't believe he'd fall off a cliff necessarily, but his monster 2019 season, in which he put up an 8.6 bWAR, always struck me as an outlier. I figured that he had peaked, and when I looked ahead at the calendar and saw that the Tigers were probably going to need a shortstop following the 2021 season, I did not see Marcus Semien as the guy. Well, in some ways, things have changed. Semien has had a brilliant year this year. He currently has a 5.8 bWAR. He's been the Blue Jays most valuable position player in Wins Above Replacement, ahead of Vladimir Guerrero Jr. and Bo Bichette. The 30-year-old infielder has played second base this season, though he graded out to be a well above average defense of shortstop during his time in Oakland. He is heading into a contract year this season, and he will be 31 years old by the end of the 2021 campaign. Signing free agents over the age of 30 is something that most organizations seem to frown upon, but it does seem like Marcus Semien is showing no signs of slowing down right now. So is he a legit possibility in regards to being the Tigers shortstop next? Well, it's a possibility, though it's not my favorite. Allow me to explain.

Look, I will continue to shout from the rooftops that the guy I want is Carlos Correa. That is Ockham's razor, the simplest solution. Go out and get Correa. He's going to be a 27-year-old All-Star in the middle of his prime. Reunite him with A.J. Hinch and bring him to Detroit. As I said in my post about Ryan Kreidler on Saturday, I will be unwavering in my opinion on this. With all of that said, in many ways, Semien is highly appealing as a tiger shortstop for next season. For one, he's very versatile, and A.J. Hinch loves versatile players. Semien can play shortstop, and he can play third base. He can play second base. That automatically makes him a little bit appealing. Secondly, despite how good Semien has been this season, I can't imagine that any team will give him more than a 3-4 year deal at this point. The days of signing above 30-year-old players to long-term contracts is a dying art, not just for the Detroit Tigers but pretty much for all teams. Do I think Marcus Semien has five more years of 6+ WAR baseball left in him? No, I don't, but he might have two or three.

I already wrote my piece about Ryan Kreidler. I think that the possibility of him turning into a rock-solid major league player is there. I think his development is good for the organization, but I don't buy him as a short-term solution at shortstop. If the organization believes that Kreidler will be the next Carlos Guillen or Jhonny Peralta, they will run into a severe traffic jam if they sign a Carlos Correa or Corey Seager to a 7-8 your deal. Now, as I stated in my piece on Saturday, I don't care. Depth is a good thing. Get your guy, end of story. But if Chris Ilitch is going to be insistent on running this thing with a budget that is slightly above shoestring, then you could do a lot worse than Marcus Semien as your Opening Day shortstop.

With all that said, I don't think this will happen for two reasons. Just for the sake of my sanity, I do think the Tigers are going to spend big money this off-season, and by big money, I mean big time, Mike Ilitch era money. I'm talking nine-figure, eight-year deals with private jets as incentives. Also, I feel that the Toronto Blue Jays will do everything they can to try and bring the gang back together from this season. I think they're going to try to go all out resigning Robbie Ray, and I think they'll do the same with Marcus Semien. Those are two guys who have had monster years and fit in well within that organization. As I've already stated 1 million times, Carlos Correa, to me, is option A, B, and C. I think Trevor Story and Corey Seager have aspirations outside of Detroit. That's just kind of a hunch, but I believe Seager will stay out west, and Story will probably want to play at a more hitter-friendly park. I'd be happy with any of them signing in Detroit, but I don't think they will. As a short-term, two or three-year option, Marcus Semien makes the most sense of any of the incoming free agent shortstops other than Correa. He fills almost every void that the Tigers need to. The man gets on base, hits for average, hits for power, and plays good defense. While he would not be my number one choice, I can guarantee you that the Tigers could do a heck of a lot worse, at least in the short term.