Big news this week for the Air Force who became the first branch to allow its troops to put their hands in their pockets.

This might not seem like a big deal in the civilian world, but in the mil space it's taken oddly seriously to the point where it's a joke to most junior enlisted. You could be alone in the middle of the desert at 0300 in the pitch black of night, start to stick your pinky finger in your pocket to keep it warm, and some higher-up would appear out of nowhere to bitch you out for it. The only troop who ever got away with it was Marine Corps legend Lt. Gen. Chesty Puller, who famously said,

"A Marine with cold hands and warm empty pockets is a damn fool." 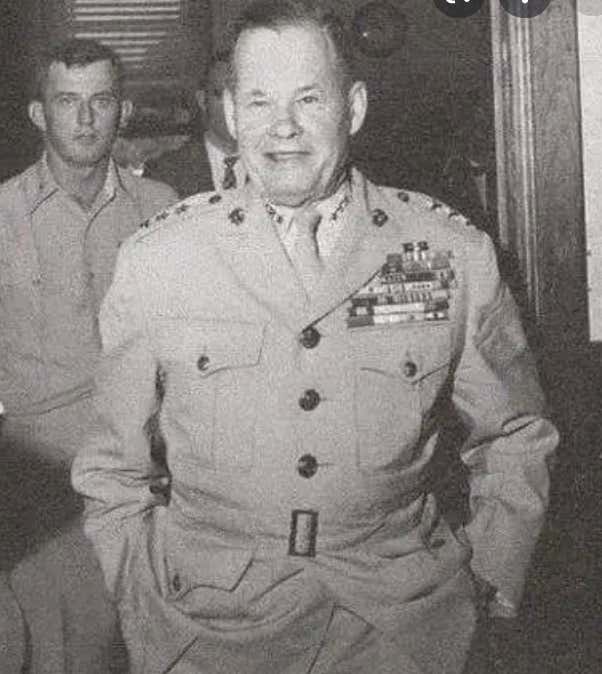 This got us thinking on ZBT about the stupidest things we got in trouble for during our time in. For Chaps it was wearing a flight suit that was too big for him after he got shot. (He was issued a larger one to fit over the cast from the bullet wound.) In my case it was "California rolling" a stop sign when I was the only car at an intersection & posting a joke on Facebook about St. Patrick's Day. As for Captain Cons, he was told to wear civilian clothes to an event and then got flipped out on when he did.

We asked ZBT listeners and as per usual the answers did not disappoint.

Among the most common petty reasons that I saw in the replies over and over:

- Having garbage in their own garbage can

- Their roommate/bunkmate messing up, like being slow on a run

- Not having equipment when supply never issued it to them in the first place, like not having a gortex in the rain when supply was out of gortex on issuing day

- Dirty uniforms after performing dirty jobs or being in the field

- Smiling, being in a good mood

And here's a few more out of the hundreds of responses:

Thanks to everyone who chimed in. You can hear more on today's episode of ZeroBlog30. We also follow up with Chaps regarding his recent Podfathers episode & talk about the latest in Afghanistan (spoiler alert - it's not going well).

In closing, let this be the most painful thing you'll listen to all day: