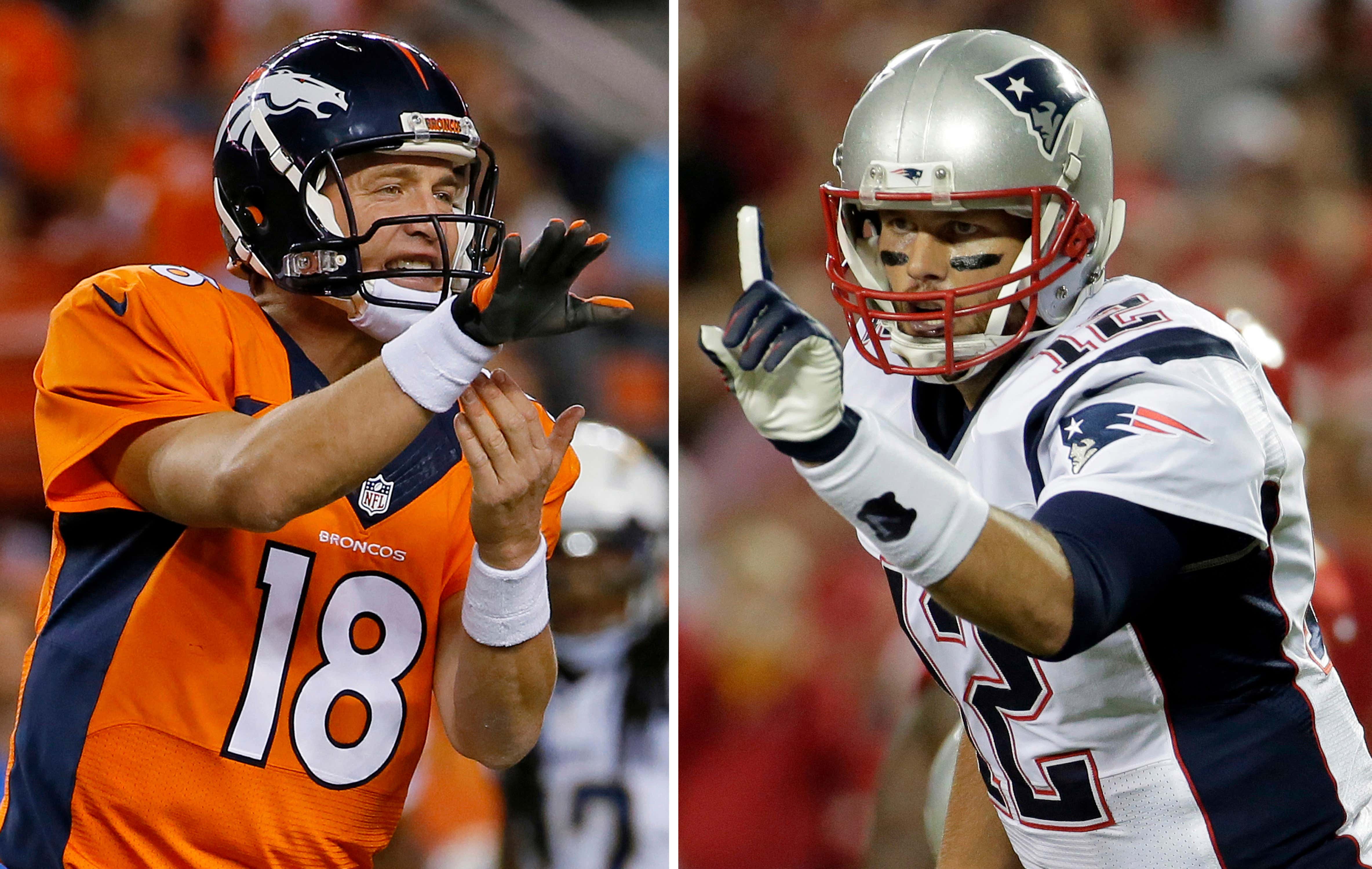 This weekend is the NFL Hall of Fame induction, and no name going in is bigger than Peyton Manning's. And no aspect of his weekend has been more discussed than the fact Tom Brady is going to be in his entourage. And no mention of the two can be made without use of the word we've been hearing since about 2003: Rivalry.

I'll concede that the weekend of Manning's induction might not be the ideal time to point this out again. But I don't make up the facts, I only report them. And the fact is that this was a rivalry in name only. In terms of what they did on the field, against each other and the rest of the league, it was hardly every a contest.

Of course I get it. They faced each other in huge, unforgettable games. First when Manning's Colts were in the AFC East and then after the league went to eight divisions and always made sure there was a Brady vs. Manning game they could hype in prime time during the big ratings period. Which meant the nonstop comparisons to the great personal rivalries in all of sports. Wilt vs. Russell. Ali-Frazier. McEnroe vs. Borg. Bird and Magic. Affirmed and Alydar. Montana vs. Elway. Babe Ruth vs. Prohibition. But those usual examples counted because they were reasonably even contests. They went back and forth. Reasonable comparisons could be made between the two combatants. (Except the last one, since Ruth kicked the 18th Amendment's ass. Although alcohol finally won by a knockout.) The same can't be said for Brady vs. Manning.

Even when you give Manning credit for winning their last two postseason meetings - which I do, since the Lombardi he went on to win after the last one in 2015 counts just as much as all the others - those wins were like closing the gap toward the end of a race where you're losing by 10 laps.

In their careers going head-to-head, Brady was 11-6. Meaning if you made a composite of the two over their entire careers and plugged them into 2021's 17-game season, Brady's 11 wins would probably win half the divisions in the league. Against a guy most of the country argued is the better quarterback while he was still playing.

Furthermore, in their matchups, Brady posted a 92.8 passer rating, to Manning's 87.7.

And before you give me that tired "But Manning didn't get the benefit of playing in New England" cliche, consider difference in pure talent they had around them.

I always understood there was a huge difference in terms of the skill positions around them. But I never saw the full numbers in graphic form like this. And, it should be pointed out, at least half of Manning's games over 13 seasons were played in hermetically sealed, climate controlled comfort. Look at their career numbers through these lenses, and the chasm between them becomes vast enough to make Evel Knievel piss his cape.

But the postseason is where all attempts to compare the two become laughable. Via Pro Football Reference:

One has the record for QB wins that will never be broken. The other has the record for QB losses that will never be broken. One has  a record seven rings. The other has a record eight playoff one & dones. Even the passing stats, which is supposed to be the strength of the Manning argument, are either close or Brady has the edge. But where it counts, where success is measured, they're not in the same universe.

Again I'll repeat, this isn't what Manning's big weekend should be about. He's a Hall of Famer who deserves his first ballot induction because he won two titles and set all sorts of passing records. Some of which have been broken. And almost all of which will belong to Brady once he's done wiping himself with the record book. And I'm glad Brady will be there. Call them friends. Call them colleagues. But you can't call them a rivalry any more than you can say an ant has a rivalry with a boot.