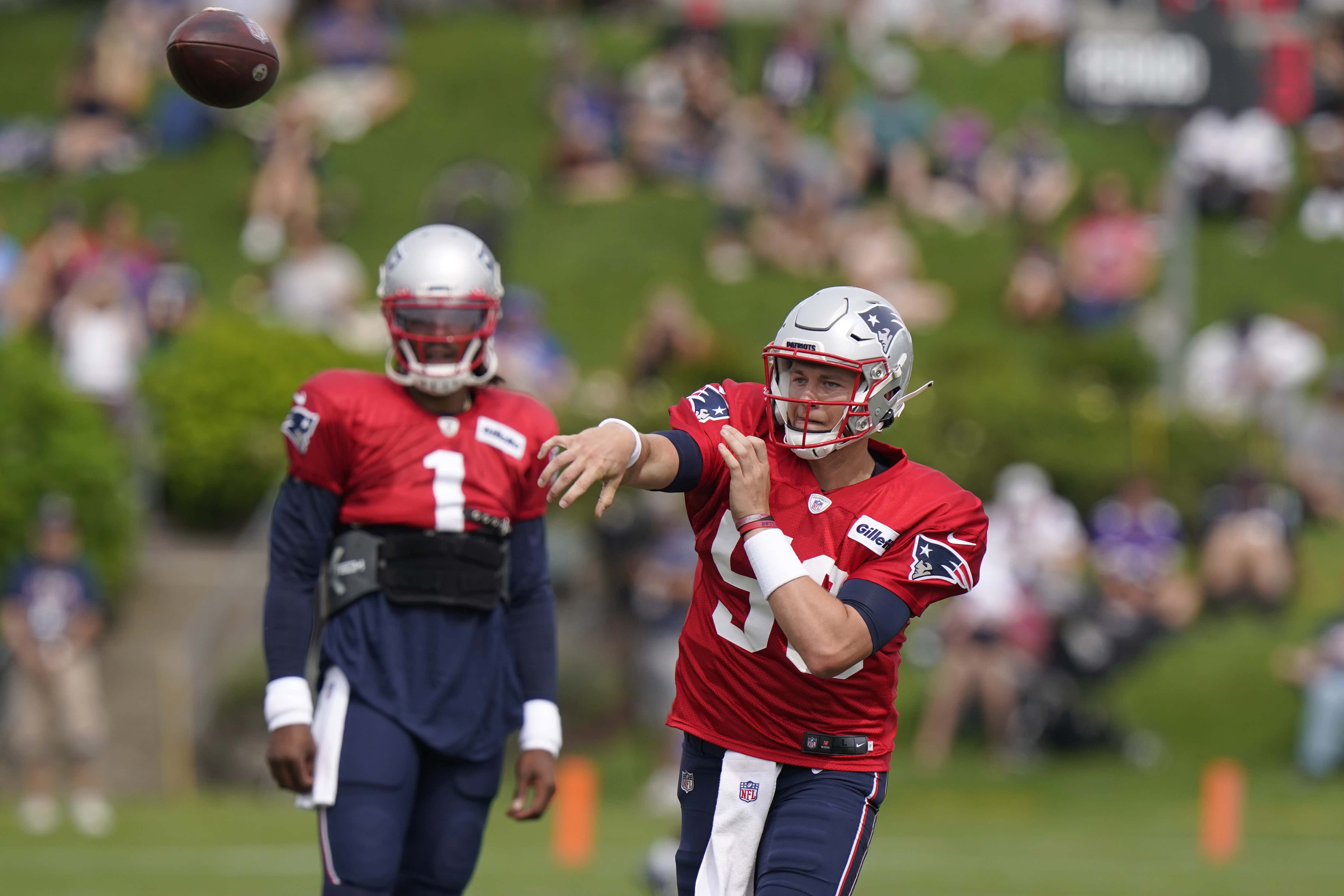 If I'm getting ahead of myself here just eight practices into Patriots training camp, I'm just going to have to beg your indulgence. I don't have a ton of experience with quarterback controversies. The last time we had anything remotely resembling one, by son who's going into his junior year of college was a newborn. And that one lasted about a week. Or as long as it took Tom Brady to take Drew Bledsoe's job away with a 258 yard, 4 touchdown, 0 interception, 143.0 passer rating that cemented him in as the permanent starter. The last one we had prior to that, the choice was between Hugh Millen and Tommy Hodson. Which is the football equivalent of which testicle you'd rather get kicked in. And since that was the same year Dances with Wolves beat out Goodfellas for the Best Picture Oscar, we had bigger controversies to worry about.

So forgive me for being rusty, but I assume that's how these quarterback camp battles are done in the cities where they have them every few years? That you cover them like a Floyd Mayweather fight, where no one will get knocked out and it's going to go the distance and it all comes down to how you score each round? Am I right about this?

Either way, that's how I'm approaching this. Assumptions will be made. Conclusions will be jumped to. Uninformed opinions will be formed. Takes will be put in the blast furnace and delivered to the table piping hot, so be careful not to touch the plate while I fill your water glasses. And I apologize for nothing.

Like I said Tuesday, the first practice in full pads of 2021, Mac Jones struggled - particularly in 11-on-11 drills, and Cam Newton delivered one of the better practices he's had in a Patriots uniform. Coming right on the heels of Bill Belichick reaffirming that Newton is his starting quarterback, it was clear he was pressing his advantage in The Palindrome War. And that Jones was going to have to launch a counteroffensive, and soon. Which he has in the two practices since.

And then following it up with another day of more opportunities and more accurate passing today:

Fair enough. Belichick more or less said the same thing today when he said that at this point they don't even have all their plays installed and haven't begun to work on situational stuff. That all comes later. Now is about basics. Communication. Timing. Blocking assignments and so on. So maybe we probably shouldn't get lost in the weeds of completion percentage.

But here's the thing on that. By all accounts, Jones is starting to excel on all those areas that are less quantifiable to us outsiders than incompletions vs. incompletions. For instance, he's taking hard coaching:

His command of the offense is improving. Even in a monsoon this morning:

He even looked good when someone inexplicably records a horizontal game in portrait mode like it's a fight at a Burger King:

All of which is to say that, while by no means has Jones won the starting job, at some moment in time when he does. And this is what it will look like. Sooner or later, he will reach a moment where he understands all the nuances of the McOffense enough to master it. He'll look smoother and more decisive than he did before. He'll start throwing guys open instead waiting for them to get open. Anticipating, rather than reacting. Making pre-snap reads that have him knowing what the defense is trying to do before they do it. Look better than Newton, and perform better than Newton. All of which is precisely what he's done the last two days as Belichick and McDaniels have leaned on him more and more.

So I can't definitively say that he won The Palindrome War this week. But when the QB1 job officially becomes his, practice performances like these are exactly how it'll happen.