Paris Hilton tells us right away in her new show "Cooking with Paris" (which was the "baby" she was "pregnant" with last week) that she's not a cook, but she loves cooking. She has a few signature recipes she likes to make; nachos, lasagna, jello shots, but she's "not a trained chef, and she doesn't want to be." The show opens up with Paris in full couture and heels, walking through the grocery store; it's immediately apparent that we've finally find the long awaited replacement for the hole that the The Simple Life left deep in our souls. 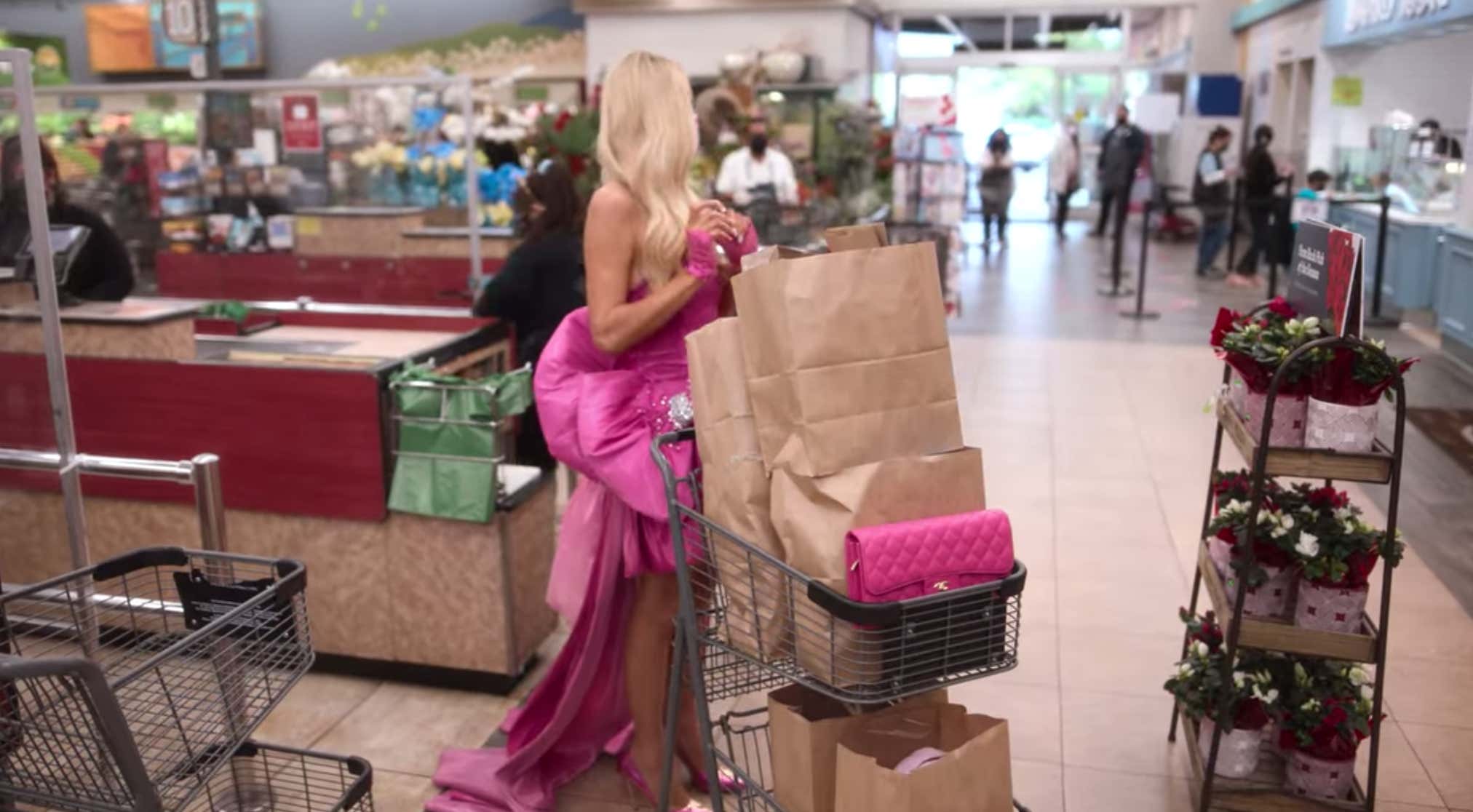 Incredible. She struggles to find chives, she curiously finds the Brioche bread, she buys entirely too much bacon. (It's so easy to buy too much bacon. You buy two packs, thinking bacon's going to be a real hit, you end up only making half of one pack. The rest of it ends up going bad. There's SO MUCH bacon in a single pack of bacon. Remember that.) Paris at the grocery store is reminiscent of any one of us hungover/bored roaming the aisles of CVS, buying 10 boxes of cereal and a stuffed animal just because it looked cute. 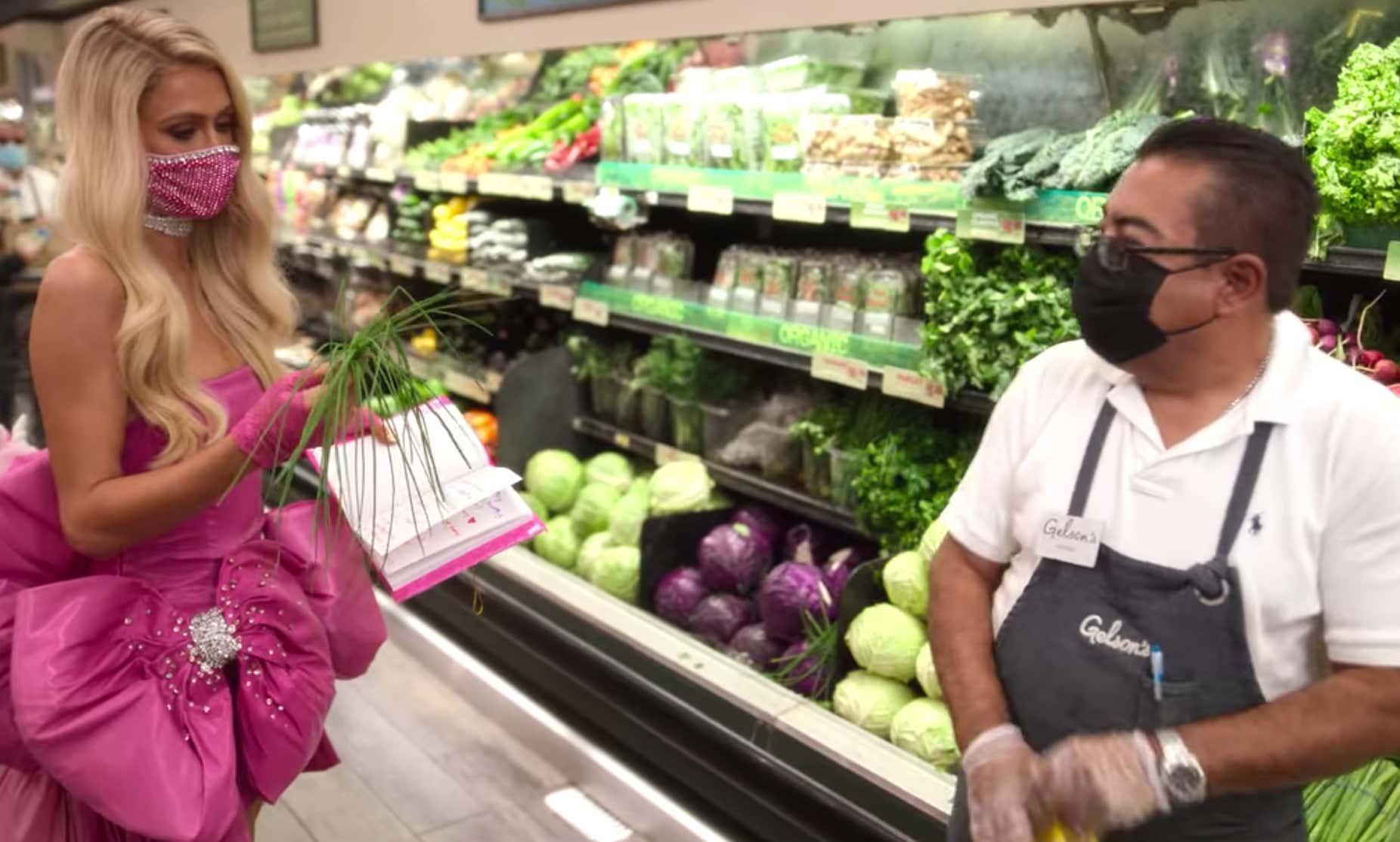 We come to find that Paris is expanding her repertoire. She's not just going to aimlessly walk around the grocery store (although I would watch a full season of that, alone). She has new recipes on deck, she has friends she wants to invite over, outfits she wants to wear and dinner parties to decorate. I've only watched the first episode so far, with long-time friend Kim Kardashian. The Paris-Kim dynamic is one of my favorite in the world. Kim used to organize Paris' closet, and rode her coattails until she could become famous without Paris. Now whenever they hang out, it's just the two of them laughing about how Kim used to not be as famous as Paris, but now she is. It's amazing. 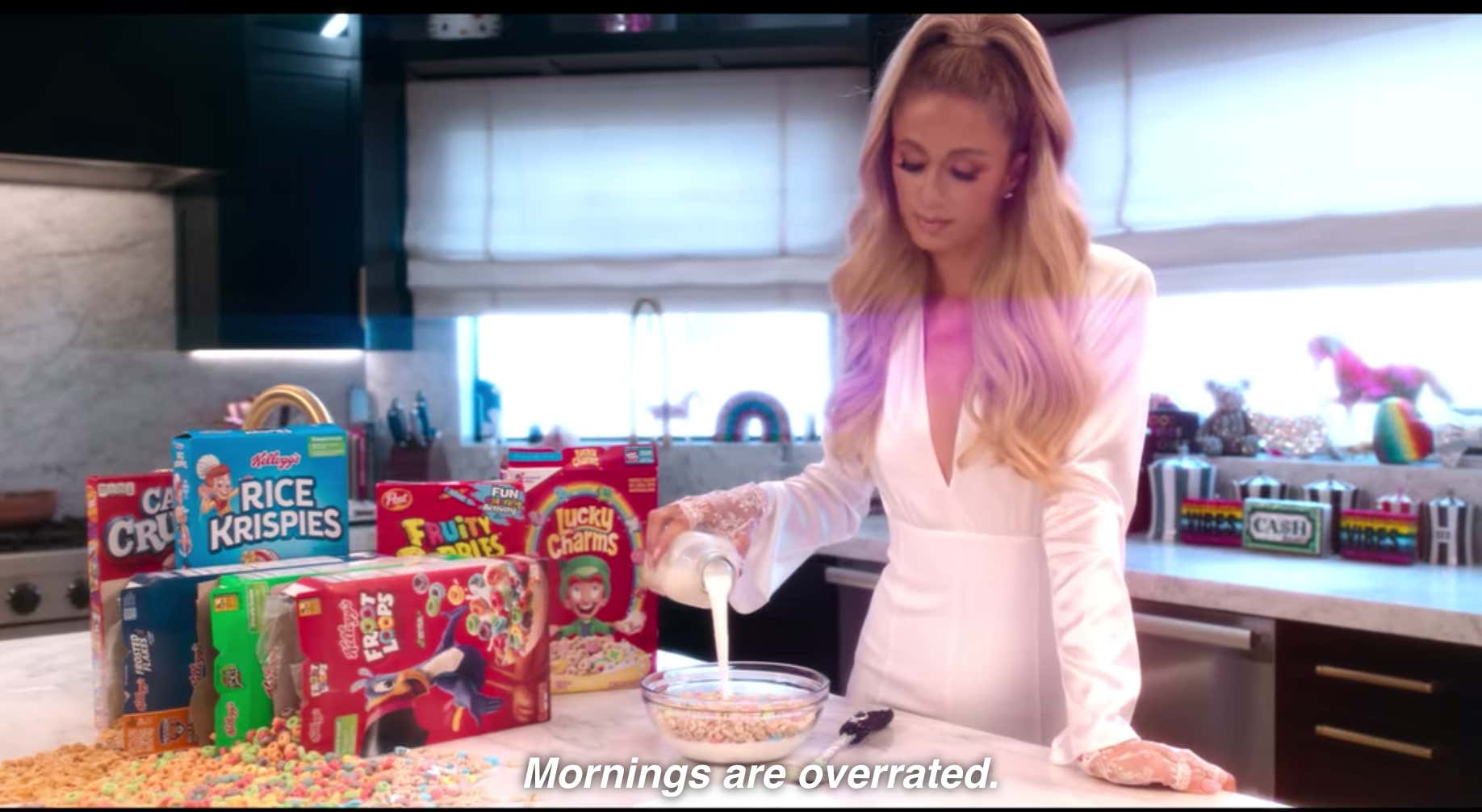 Paris tells us this episode is breakfast themed - specifically Lucky Charms. The room is decorated in "marshmallow-y white balloons," Paris will be wearing "white sliving gloves." (Sliving is Paris' new thing. Combo of Slaying+Living. At first I didn't like it, now I might get it tattooed on my forehead.)  She loves breakfast, but hates mornings (SAME.) But, she wants to become a mom one day, so she's trying to force herself to like the mornings. She has Kim come in as her sous-chef to make some frosted flake french toast (among other breakfast-y items) because "Kim has four kids, and needs to have her shit together every morning." 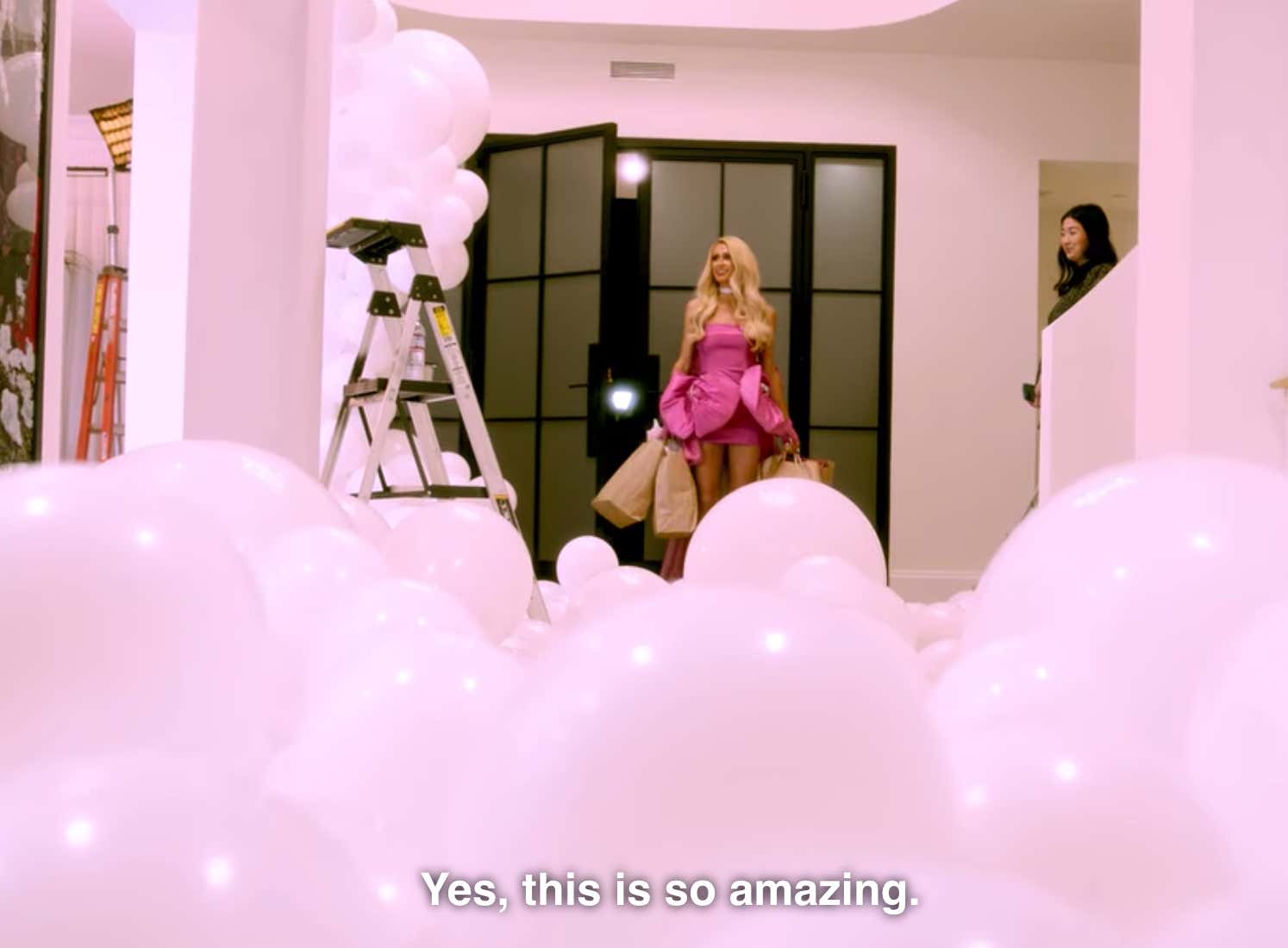 The rest of the episode is Paris and Kim cooking the meal, catching up on life, reminiscing, the usual. 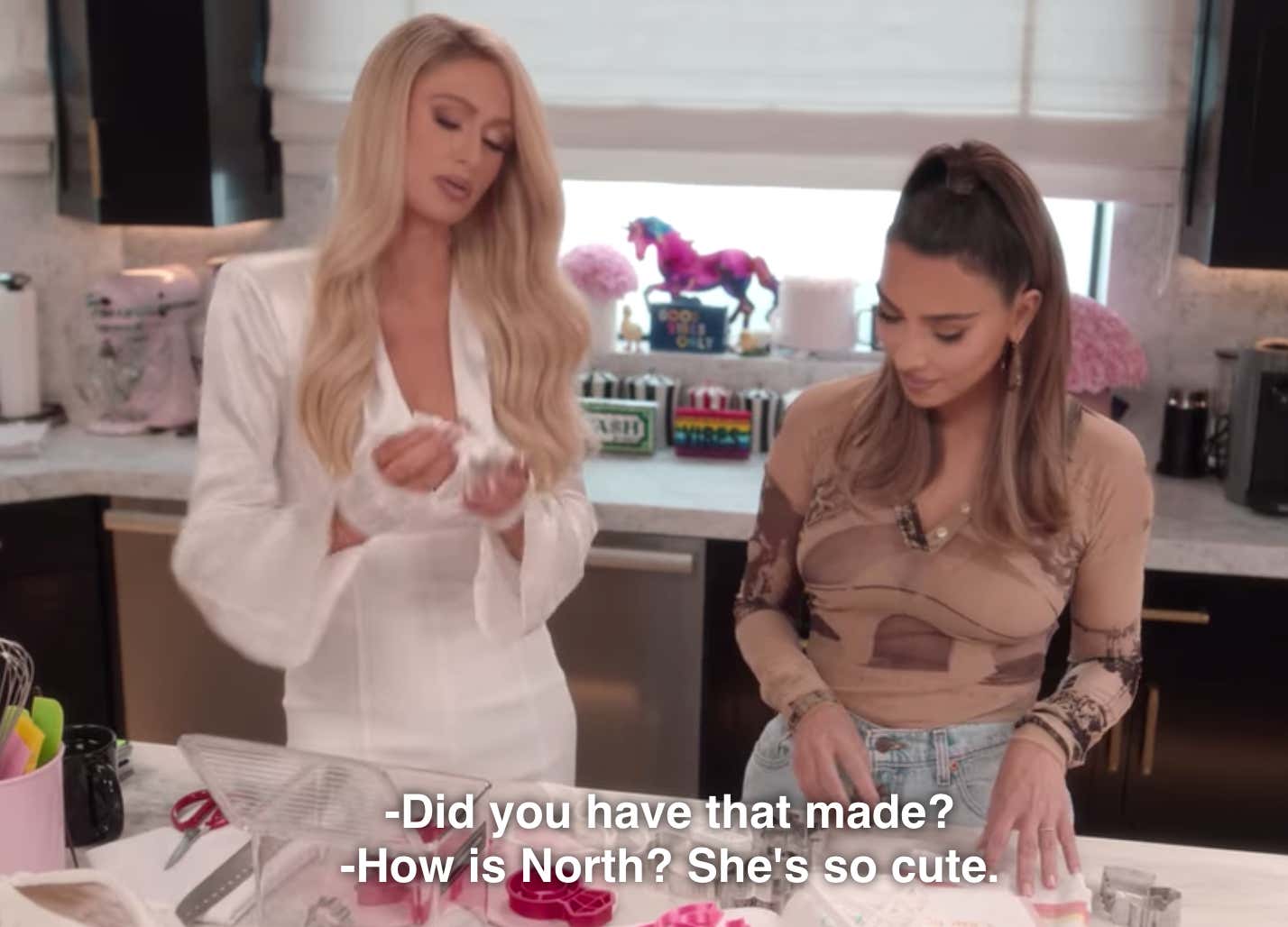 The girls try to make shapes out of melted marshmallows. It doesn't work! Lol! Kim gets blue food coloring all over her face, and laughs about it so hard she cries (although you can't tell, her face is really not showing a lot of movement these days. Iconic) 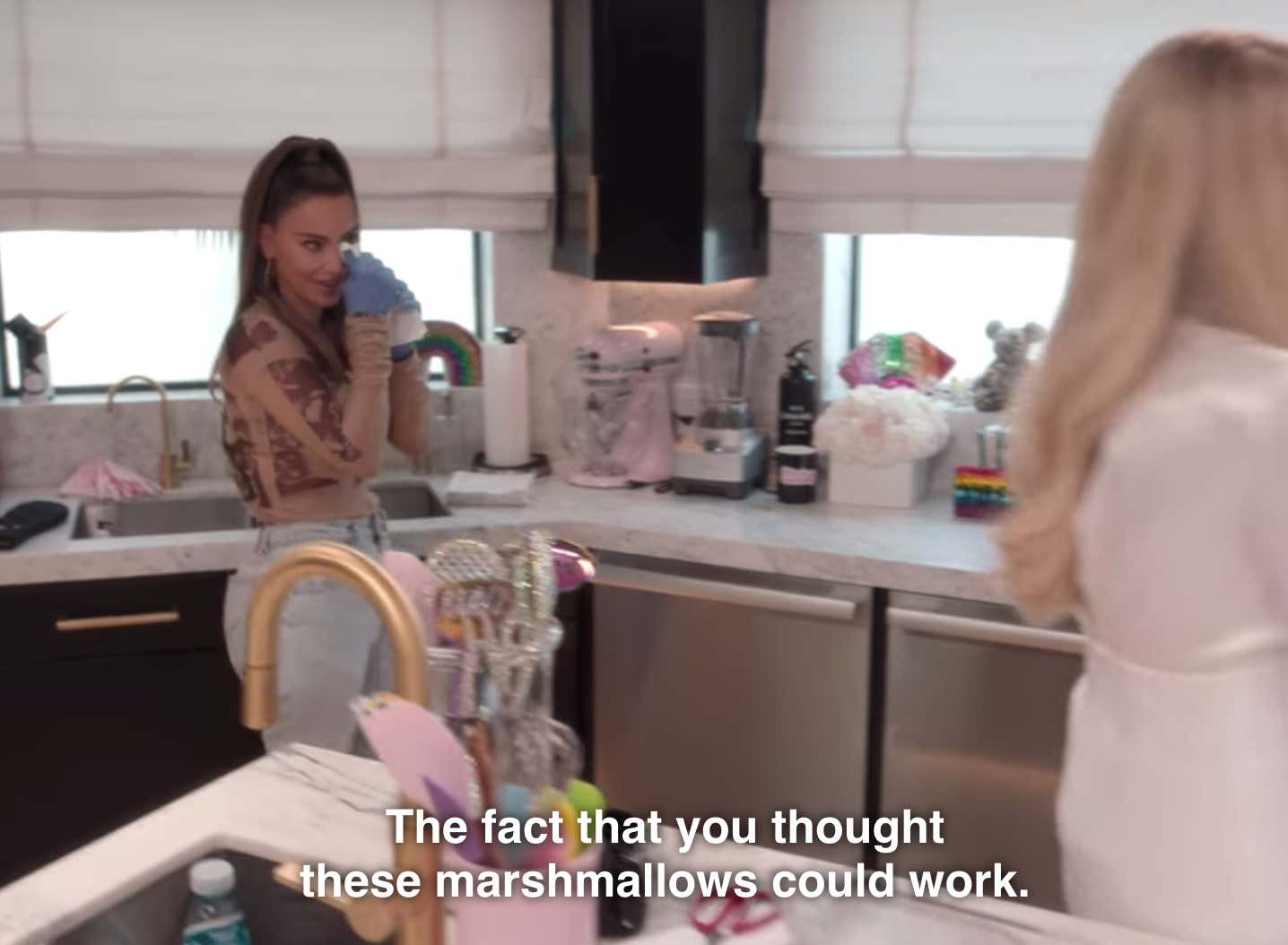 Just friends hanging out having a good time. That's what we've been missing. Some super famous people trying to do normal people tasks, and failing miserably. That's why The Simple Life was so funny - we knew the girls weren't actual total idiots, but to watch them struggle through everyday shit that they're doing half-ass anyway, was gold. Paris is so chaotic and funny even when she's not trying to be, and I have a feeling this is going to be one of my new favorite shows. Kim was a fantastic first guest, you can tell they've been so close for years and they're genuinely having fun with this.

I FOREVER hope the best for Paris, and I can't wait to binge all of these episodes today. 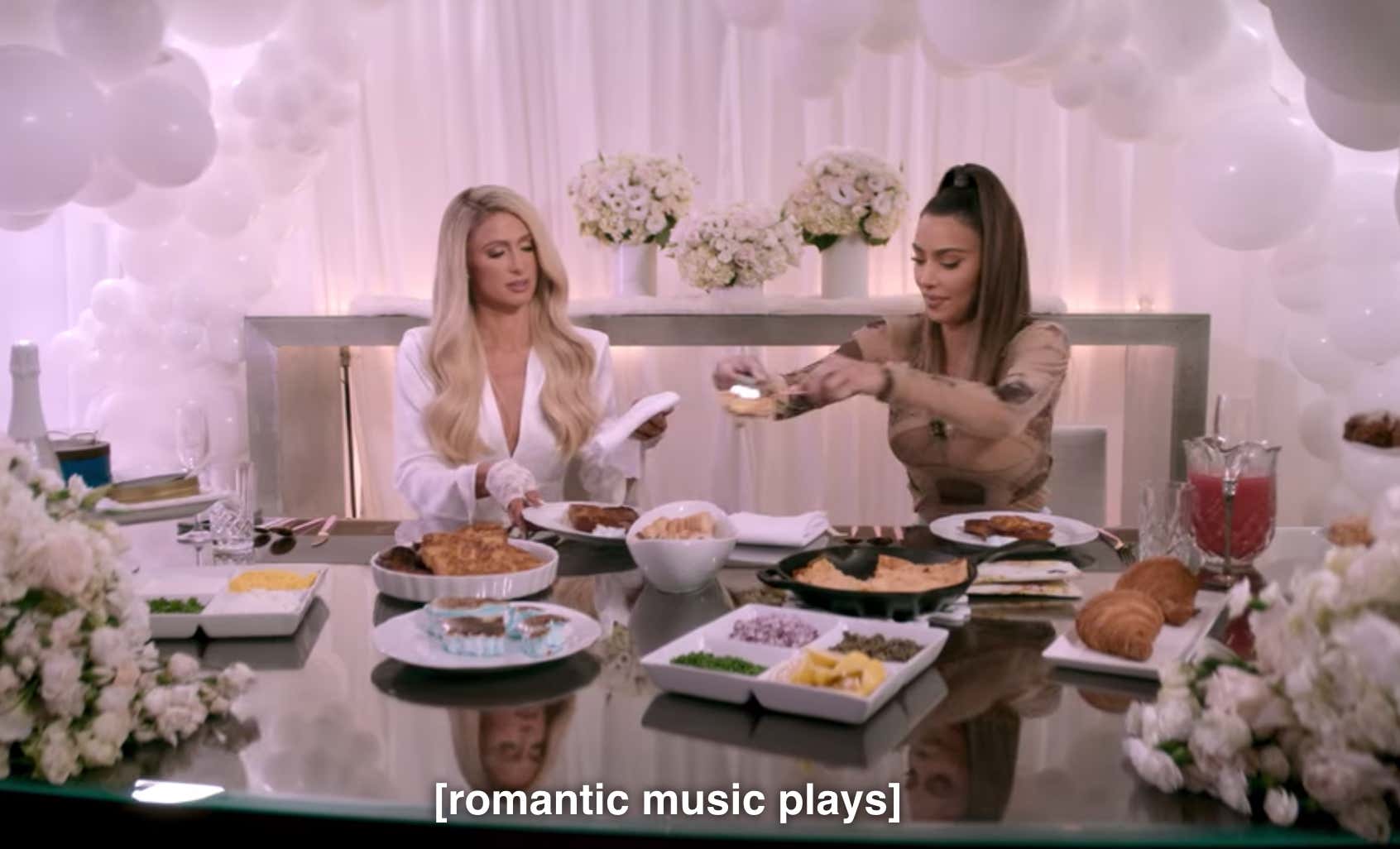