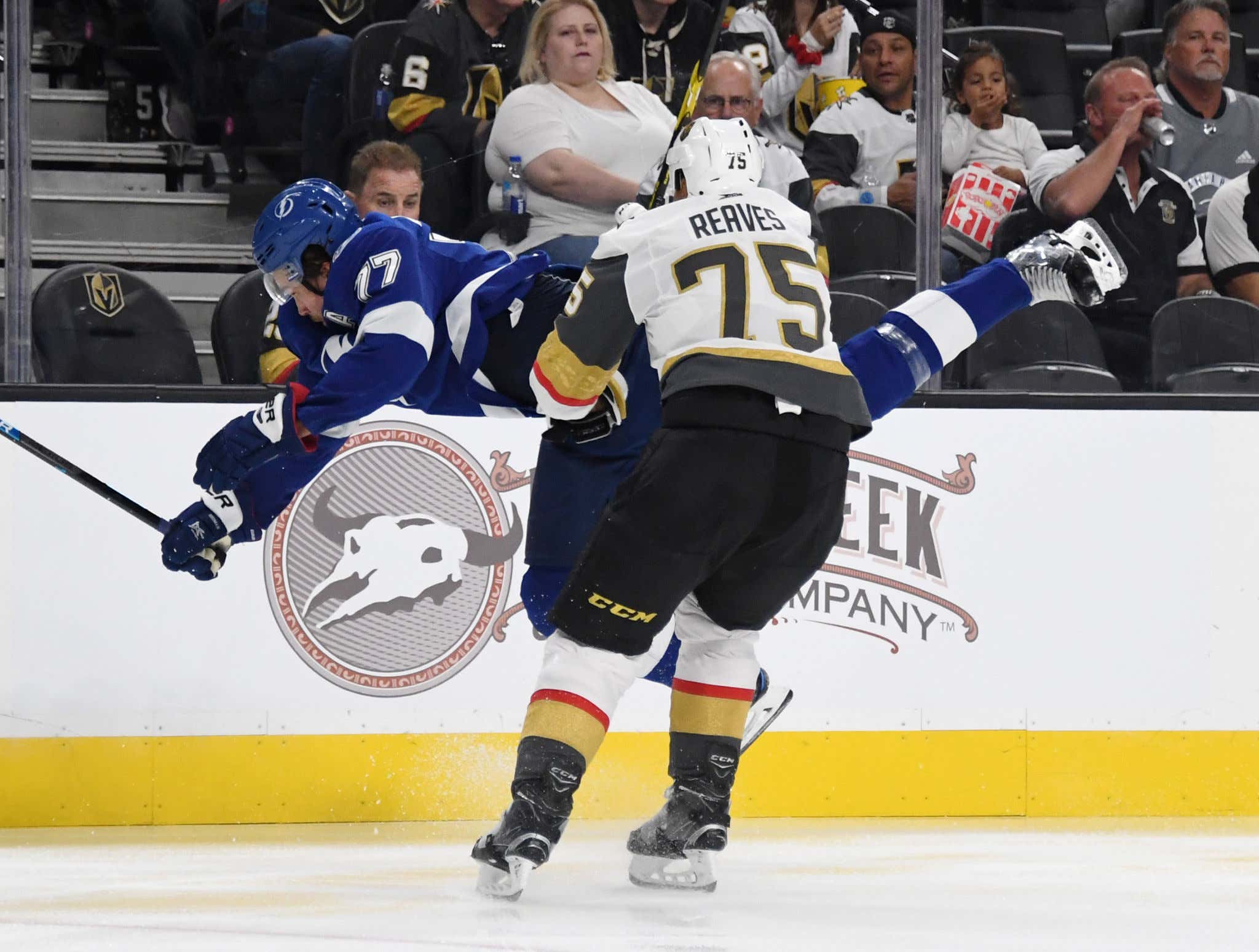 Let's get something straight - I get the move. There's no doubt the Rangers were a soft squad that was easy to play against as most teams near the bottom of the league's average age list are. They made it a point to get some sandpaper in the mix with guys like Goodrow, Blais, Nemeth, Tinordi and even unknown banger Dryden Hunt for depth. Then last night they move a 3rd for the cherry on top in Ryan Reaves who's playing out the last year of a $1.75M/per deal (although they're working on extending for one more year at the same tag).

Forget about his role as an enforcer for a minute. Among all forwards who skated at least 200 5x5 minutes in the Covid-shortened campaign, no one doled out more hits per 60 than Reaves (Hunt 10th, Blais 23rd). He'll undoubtedly have opponents' heads on a swivel any time they gotta go after a puck near the boards with Reavo's footsteps behind them & the Blueshirts didn't have that aspect last season. He's also not a defensive sieve when he's out there. Obviously he's deployed a certain way - which new head coach Gerard Gallant is familiar with - but regardless, when he's been on the ice in STL, PIT or VGK his expected goals percentage is at/above 50%. All you can ask for out of a 4th liner.

My lone issue with the Rangers latest acquisition actually has nothing to do with the player himself. It's the perception by a lot of hockey fans that Ryan Reaves will be a deterrent. No one will take liberties against the Baby Blueshirts now that Sheriff Reaves is in town.

Prevents guys from even trying things like that. Guys play different when people like Reavo are out there

Really? Let's look at the two incidents last year where Rangers players were hurt on contact plays. Do you really think Reaves' presence would've made Matt Martin forecheck any less on Jacob Trouba? He would've just done a blow-by pokecheck instead of laying a thunderous (and clean) hit on a prepared Trouba that unfortunately resulted in a wobbly-legged concussion? Of course not. Then we've got our best bud Tom Wilson. Would Reaves on the bench have had Wilson gently placing Panarin feet-first on the ice instead of ripping him by his hair and throwing his helmetless skull within an inch of the ice? Nope. Now if you wanna argue Wilson would've never done Buchnevich dirty in the pile that prompted the Breadman to mount Tommy Boy like a bucking bronco because he's afraid of having to answer to Reavo, then maybe you have a…oh wait. No you don't. He does whatever the fuck he wants.

Another look at Wilson’s hit on Marchessault pic.twitter.com/f7CxFarqEf

After that 2018 Cup Final game Reaves was quoted as saying "it was a late, blindside hit like Wilson always does." Well if he's the ultimate deterrent, the answer to the "Tom Wilson problem", then how did that hit happen in the first place? Because Tom Wilson and heavy hitters like him don't care. In the heat of the moment, guys aren't like "oh shit wait, Reaves is on the bench I really wanna bundle this guy but maybe I shouldn't". His teammates should feel safer, but it's the NHL - they weren't playing scared and Reaves doesn't all of a sudden put them in a protective bubble. You could actually argue that the occasional line-crosser in his own right may very well put a target on their backs at times if he lays a questionable hammer on a star opponent. I mean everyone wanted Wilson exiled from the league for pulling Panarin's locks yet applaud trading for a guy literally suspended for pulling Ryan Graves' hair out of his head.

Does Ryan Reaves make the Rangers tougher? Absolutely. If Gallant ever needs to roll out a wrecking ball of a trio, it can't get much better than Blais-Goodrow-Reaves. Will opponents have to answer to a much higher power than, say, Brendan Smith if they feel like they can manhandle his teammates? For sure. I'll be the first guy shadow-boxing in his living room every time Reavo is called upon for justice. Does he eliminate predatory players from doing their thing when opportunity presents itself because his presence equates an impenetrable forcefield around anyone wearing the same sweater?