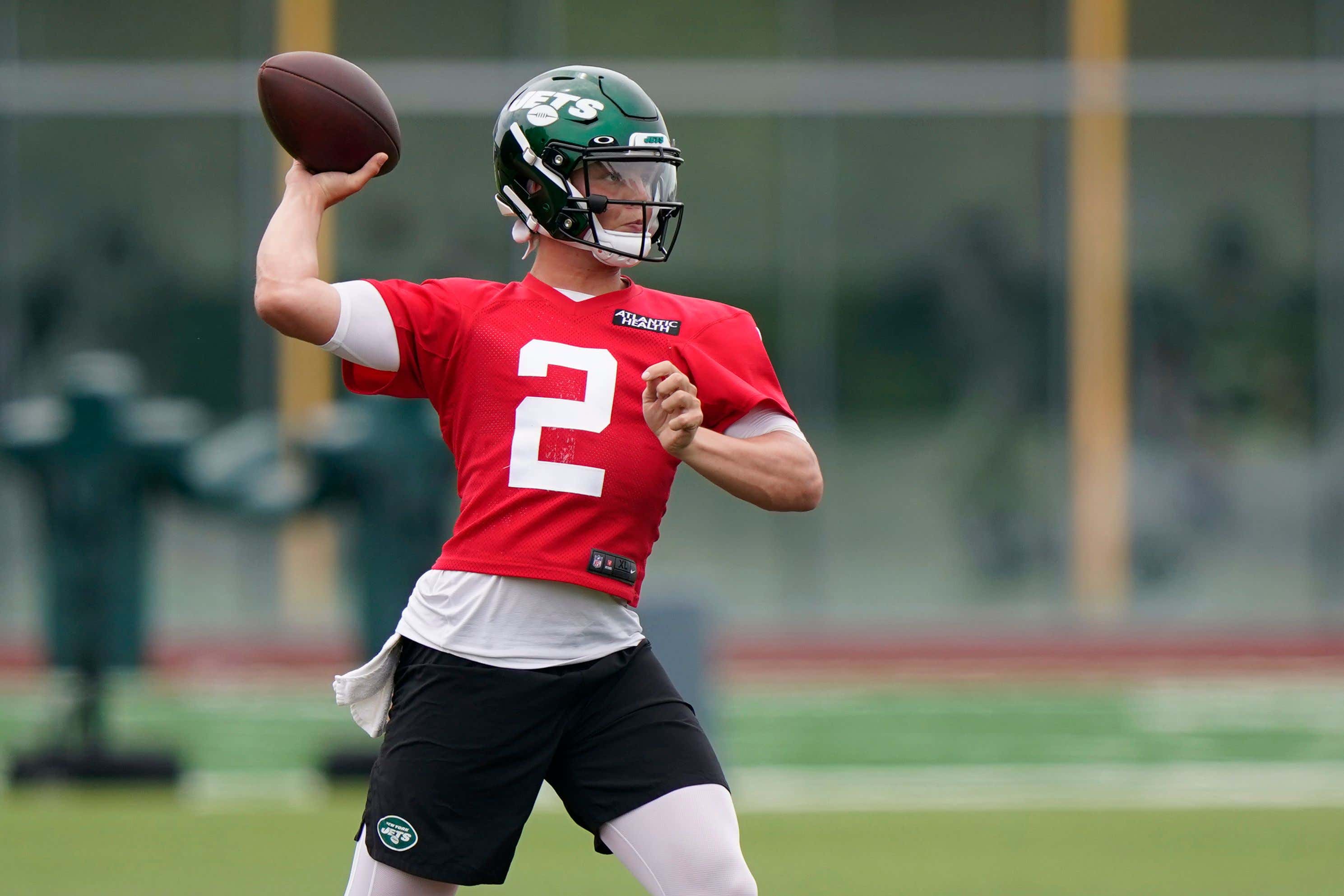 After long last and petty contract negotiations Zach Wilson has arrived at camp.

The negotiations were regarding his signing bonus, basically, ownership wouldn't sign the check for all of his promised signing money as they did with Darnold who got it within his first 15 days. They wanted to split the around $22.9 million signing bonus between this year and next year. Billionaire owners being dick heads over $22.9 million which is fractionally probably like $200 dollars in utils compared to average joe (econ). (3.5 billion divided by 22.9 million= 152.83), $200x152.83=$30,000) and that's a $200 dollar business investment to make more money!

That's a true leader move and a guy who didn't want to have to sit out the first two days of camp.

This is our first look at him throwing.

My hopes just got a little higher for the Jets.

You see Wilson has that effortless throwing motion not even Brady or Roethlisberger has. He has that Aaron Rodgers, Patrick Mahomes flick that just jumps off his hands. It's something you can't teach and boy am I hyped to see it in the Meadowlands.

See that jump in the ball, Wilson has it.

Yeah, look at the flick of the wrist.

Also, he's throwing Bombs as of 20 minutes ago.

Hopes are way too high.