I've always been a big proponent of the idea that a coach shouldn't be able to get after his players for not being in shape if the coach him or herself is a total slob of a human being. If you're some massive dude who clearly hasn't ran a mile since the Reagan administration, I don't think you're in any position to be leading conditioning work.

So I'm all for Dan Campbell getting out there and doing some up downs with the fellas. A bit of a hardo move, a bit unnecessary, but it's the thought that counts. If he's gonna put his team through the ringer, he'll go through it with them. Total football guy move.

The only issue is..well...Dan Campbell is 45-years-old. His playing career has been over for more than a decade. And even if he's in great shape as far as retired 45-year-olds go, the body still says fuck off at a certain point. And this look right here says it all. 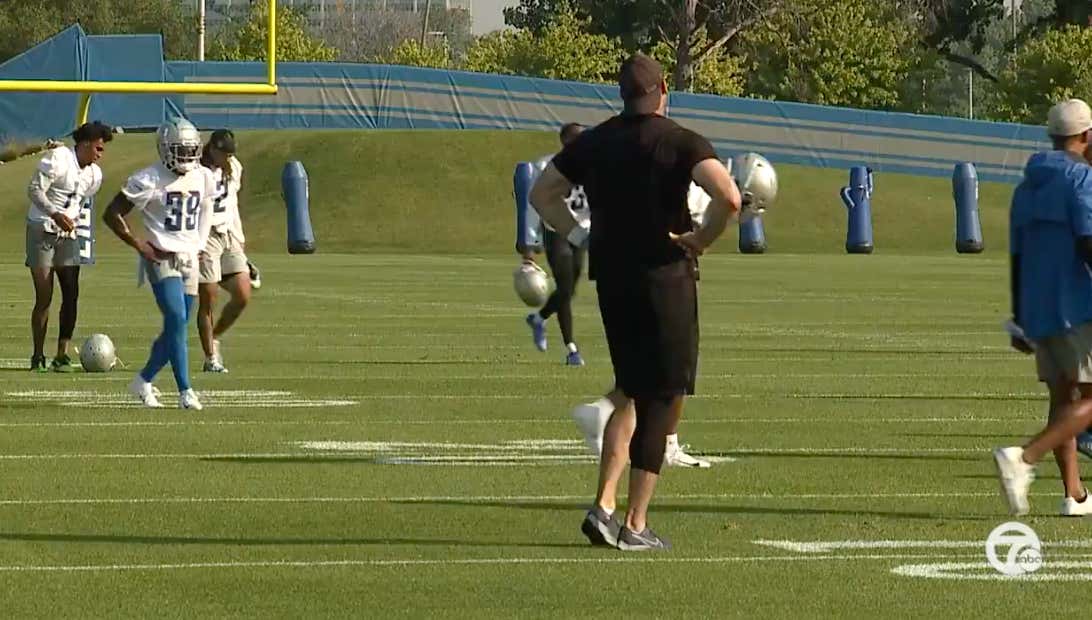 Milk was a bad choice.

Unfortunately this is the corner that Dan Campbell painted himself into. He went out there talking about taking knee caps in his introductory press conference. He couldn't just sit back and not do some conditioning with the team. But you can't tell me that he wasn't thinking about how nice it must be for a guy like Andy Reid in that moment right there. To be a guy who just gets to kick back, throw on a Hawaiian shirt and chill all practice. Instead he's going to be stuck trying to catch his breath for the rest of practice and sweating his sack off all day. Such is life of the football guy.