Ah, yes. The yearly tradition of Twitter blowing up when they see someone's girlfriend during an NBA Draft. It happens every single year, it's just a guess of when and who. Well this year it was Gonzaga's Corey Kispert. Just a quick glance on Twitter and she was EVERYWHERE. If you even start to type in Corey it autofills to Corey Kispert girlfriend. 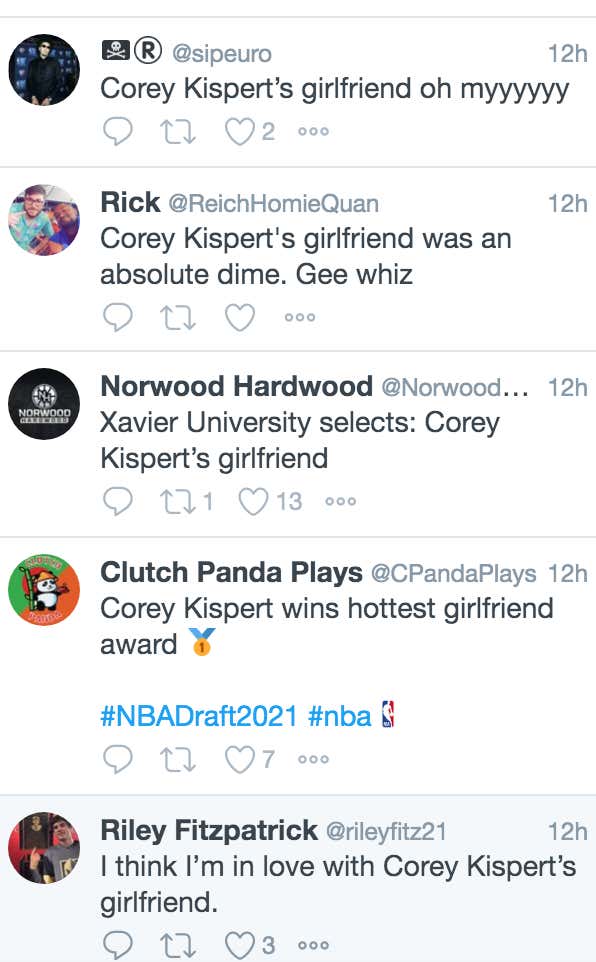 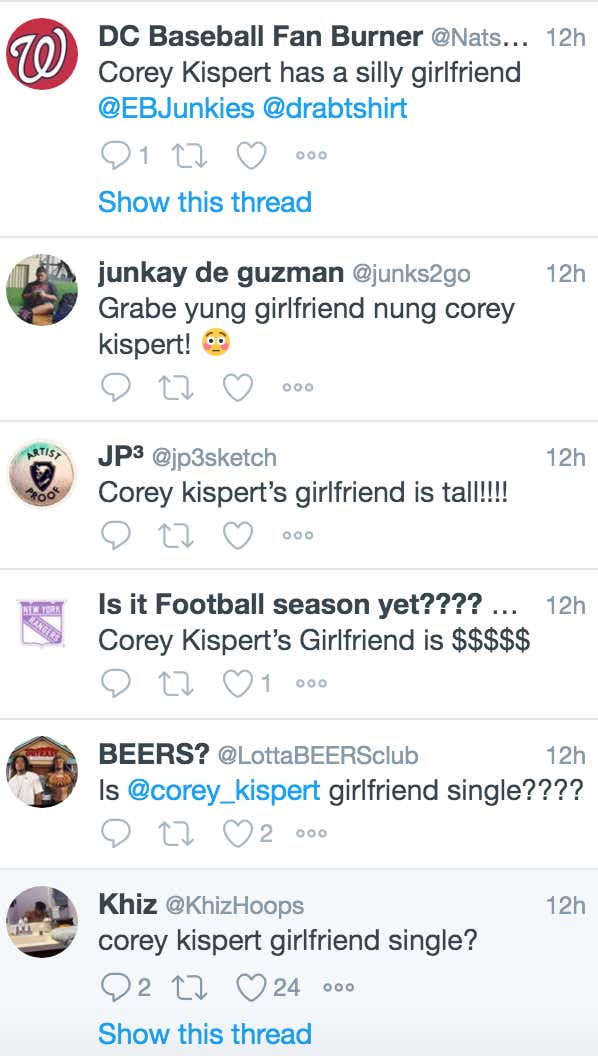 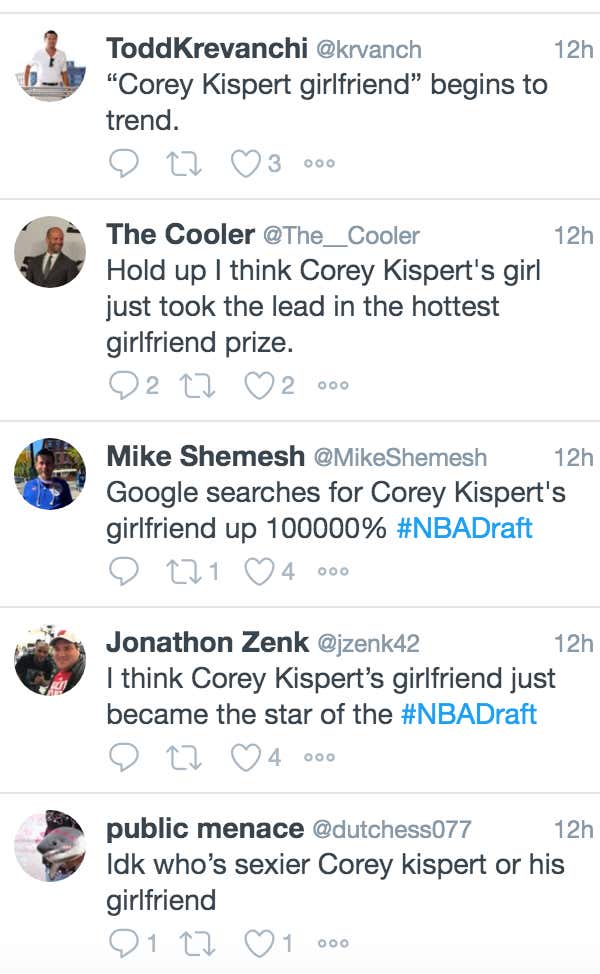 Yep, that'll do it. Here's the thing. She's fucking good at basketball too. (h/t Post)

In March, Wirth, was named the WCC’s (West Coast Conference) Co-Player of the Year. That same month, the power couple celebrated their three-year anniversary with a “Love & Basketball” inspired video. The footage showed Kispert helping Wirth dunk at an outdoor court.

And now they get to go to DC together? If I'm the Mystics I'm getting her on the horn right away. She didn't get drafted in the WNBA Draft. No brainer. You just win the city with Kispert and Wirth running around out there as rookies and taking over both leagues. You think I care she didn't get drafted? Nope. It's all about putting asses in the seats and you now can market Love and Basketball, great movie.