Pictured, L to R: Four men not having any fun

If history has taught us anything, it's that the hardest thing for any empire to do is find a worthy successor when a great ruler passes on. True greatness, by its inherent nature, is rare. Otherwise it wouldn't be actual greatness, it would just be ordinariness. And with the necessary traits to lead a people successfully in such short supply, invariably the line of succession fails. Lesser people take over or fight each other for power. And what results is diminishment, decay, and sometimes utter ruination.

For every Alexander who took over for his father Phillip II and expanded the Macedonian Empire across much of the known world or Xerxes who inherited the Persian Empire from his father Darius the Great and conquered much of Greece, there are hundreds of lesser heirs of greater sires who can't carry the load. Genghis Khan's son Odedei did a decent enough job for a while. But after drinking himself to death (while on the verge of taking all of Western Europe from people who had NO idea about the hell he was about to unleash upon them), his sons ended up splitting the family empire into little khanates and it never came close to their former glory. Or as Louis XV put it, "Apres moi, le deluge." "After me, the flood."

I'm sorry. What was I talking about? The Patriots. Got it. Sorry for getting lost in the weeds there. I've been reading a lot of history this summer. But I promise this all ties in. The Pats have a similar set of mighty sandals/boots to fill. The sensible, orthopedic sneakers of one Ernie Adams, who made his final pick in the last round of this year's draft (WR Tre Nixon out of UCF) and oversaw his last practice back in the spring, will only occasionally be staying in touch to share his mysterious, enigmatic genius to the team. 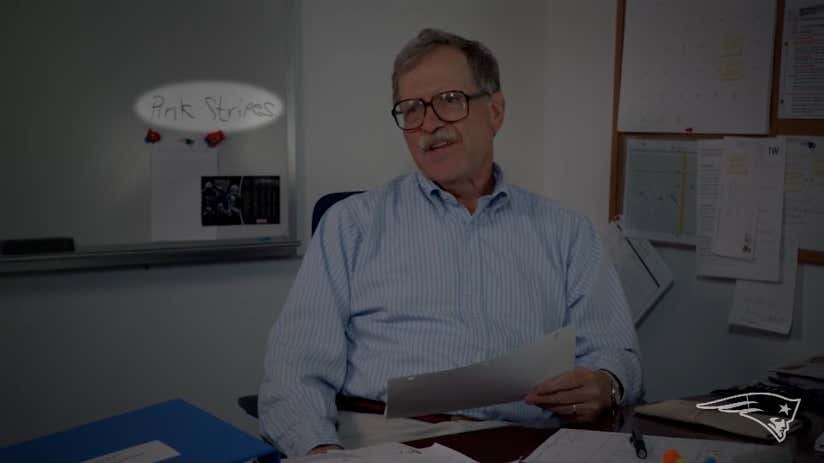 Somebody else has to step in to fill the void on a day-to-day basis.

The biggest hire was Matt Patricia. The former Detroit Lions head coach and Patriots defensive coordinator returned to Foxboro this season and his new title is senior football adviser. Patricia brought Evan Rothstein from Detroit with him. Rothstein’s title is research and analysis/coaching.

As I've quoted before, practically any time the name gets mentioned, before he murdered an entire civilization in Cleveland, evil carpetbagging despot Art Modell was fond of saying, "I'll give $10,000 to anyone who can tell me what Ernie Adams does." Here's an answer: So much that it takes two grown men to replace him.

Even though Matt Patricia has a degree from Rensselaer Polytechnic and was literally designing submarines before he decided football was his true calling, he still realized he doesn't have what it takes to do more than half of Ernie's job. So he had to bring Evan Rothstein in to take care of the other half.

Those titles are vague enough to mean practically anything. The sort of job description I used to use about my after school job at a convenience store by saying I was in charge of "inventory control, financial transactions and security." (Which, now that I hear it, makes 17-Year-Old Jerry sound more impressive than Aging Adult Jerry's "writes about nonsense on the internet.") And how it works on a daily basis is between them and their head coach. But my guess is, it means that Patricia is going to take on Adams' role when it comes to big picture stuff, player evaluation, pro scouting, college scouting, looking for ways to take advantage of league rules (like the legendary Ineligible Receiver loophole they exploited to beat the Ravens in the 2014 Divisional round), and so on. Whereas Rothstein will take the more detailed, nuts-and bolts-stuff. Film break down, charting plays, coaching tendencies and other such minutiae. Just my uneducated guess.

As far as the question of who's going to be in charge of signaling the sidelines they should throw the challenge flag, making in-game adjustments, or remembering Wall Pipp's name:

… that remains to be seen. Along with who'll do all the cheating, like jamming helmet radio signals, hacking into the game clock, operating the secret weather machine and so forth. All we know for sure is, that whatever Ernie Adams did, no single person is capable of taking his place. You have to get several smart guys and have them form an Ernie Adams-like Voltron to have any hope of matching his contributions. Here's hoping they find as many as it takes.