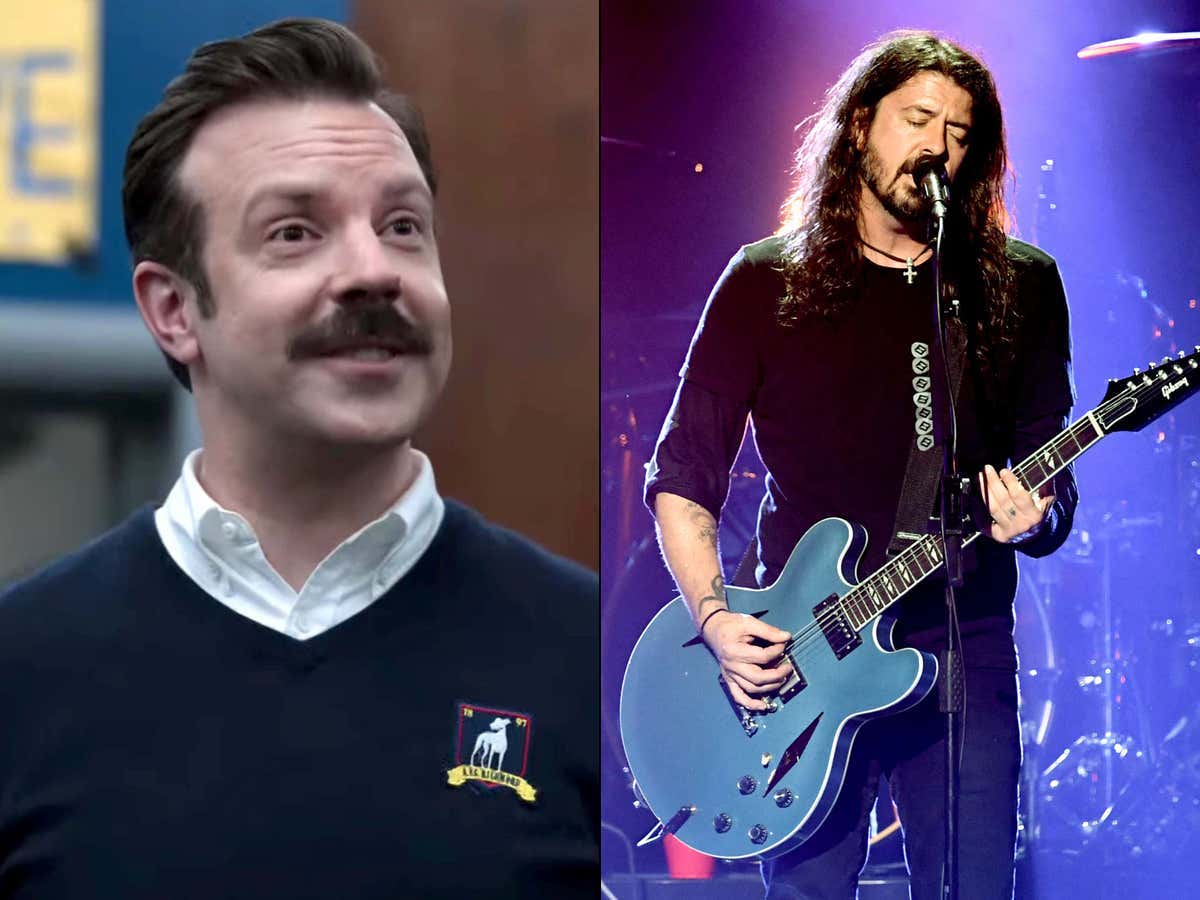 The Hollywood Reporter- Jason Sudeikis says a certain Foo Fighters track is helping inspire the writing for the second season of one of TV’s most feel-good shows, Ted Lasso.

Speaking to Blink-182 Bassist Mark Hoppus for the After School Radio show, the co-creator of the Apple TV+ series spoke about the significance of the rock band’s song “My Hero,” and in the process, revealed how it influences his work on the show.

While he’s never “tried to research what it was about,” the Ted Lasso star says he still had his own takeaways that have made their way into the writing of the show’s second season — a realization that hadn’t entirely occurred to him before appearing on the show.

“I knew what it is about for me and some of those themes are literally being used in season two of Ted Lasso, which I hadn’t put together until I put together this list,” he said. “Just the idea of false prophets or don’t meet your heroes. Or the idea of like all statues have clay feet, I think is another example of that. People are human, you know, people are human.”

While Sudeikis says this “doesn’t happen all the time” now, he is more attentive when a song seems to leave an impression on him. “I pay attention when a song becomes a muse, whether you end up using the tune or not,” he said of his writing process. “I saw a beginning, middle and end to a story in that song for me. That was really profound at 21-years-old, 22-years-old, having just moved to Chicago to try this acting out.”

Just when I thought I couldn't love Ted Lasso any more, Jason Sudeikis goes and drops this on us! Season 2 is inspired by the Foo Fighters!

I'll be honest tho - between the introduction of the new sports psychologist last week and that Sudeikis quote about realizing all our heroes being human after all, I'm starting to think we're gonna see the human side of Ted come out this season, and I don't know if I'm emotionally ready for that just yet. Seeing hints of that last season when dealing with his divorce/anxiety was heartbreaking, as Ted is such a likable protagonist you just want the best for him at all times.

I'm sure no matter what our favorite head coach goes through this season, though, The Diamond Dogs will be there for him. Diamond Dogs for life.

Here's a great live performance of 'My Hero' and the classic Darts scene from Season 1 to make your day….