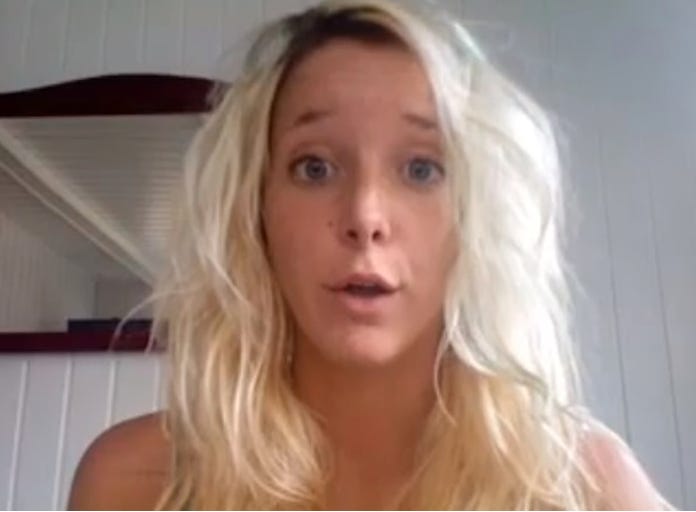 Yahoo – A man who saw his new wife for the first time without make up is reportedly SUING her for trauma, after being shocked at her appearance. The unnamed couple had just got married in Algeria and after spending the night together, the husband woke up to find his wife bare faced. But rather than admire her natural beauty, instead the man REFUSED to believe the woman was his wife, believing her to be a thief. Finally realising that this was in fact the woman he loved, the man is now allegedly suing her for fraud and “psychological suffering”. A source told Emirates 247: “He said he was deceived by her as she used to fill up her face with make up before their marriage. “He said she looked very beautiful and attractive before marriage, but when he woke up in the morning and found that she had washed the make-up off her face, he was frightened as he thought she was a thief.” The price of the husband’s “suffering” is £13,000.

Over the years we’ve heard these stories. They’re always from Asia or Africa and they turn out to be Urban Legends. The guy who sued his wife for giving him ugly kids. The guy who sued his wife for finding out she had plastic surgery. Well the latest one offers an extra twist that I can appreciate. You can’t just sue your wife for being ugly without make up. I mean yea you can just say its “psychological suffering and trauma.” You gotta go the extra mile. You gotta go Costanza on this ugly bitch. And that extra step is accusing her of being a thief in the night. Like you’re so ugly without make up my natural assumption was you were a burglar. I automatically assumed that you were a stranger in the night here to rob me of my belongings. Thats the kinda lie that backs up your claim. Thats how you win lawsuits.

You cant just walk in there like “Your honor, my wife is ugly and hid it with make up all these years.” You gotta be like “Your honor I dont even know who that woman is, thats the man that tried to rob me the other night.” Thats how you prove you’ve really been traumatized. Thats next level shit.

At least in Japan they just purposely look like a bag of shit with Hangover Style. Never have to worry about this because taking the makeup off actually makes them look better.