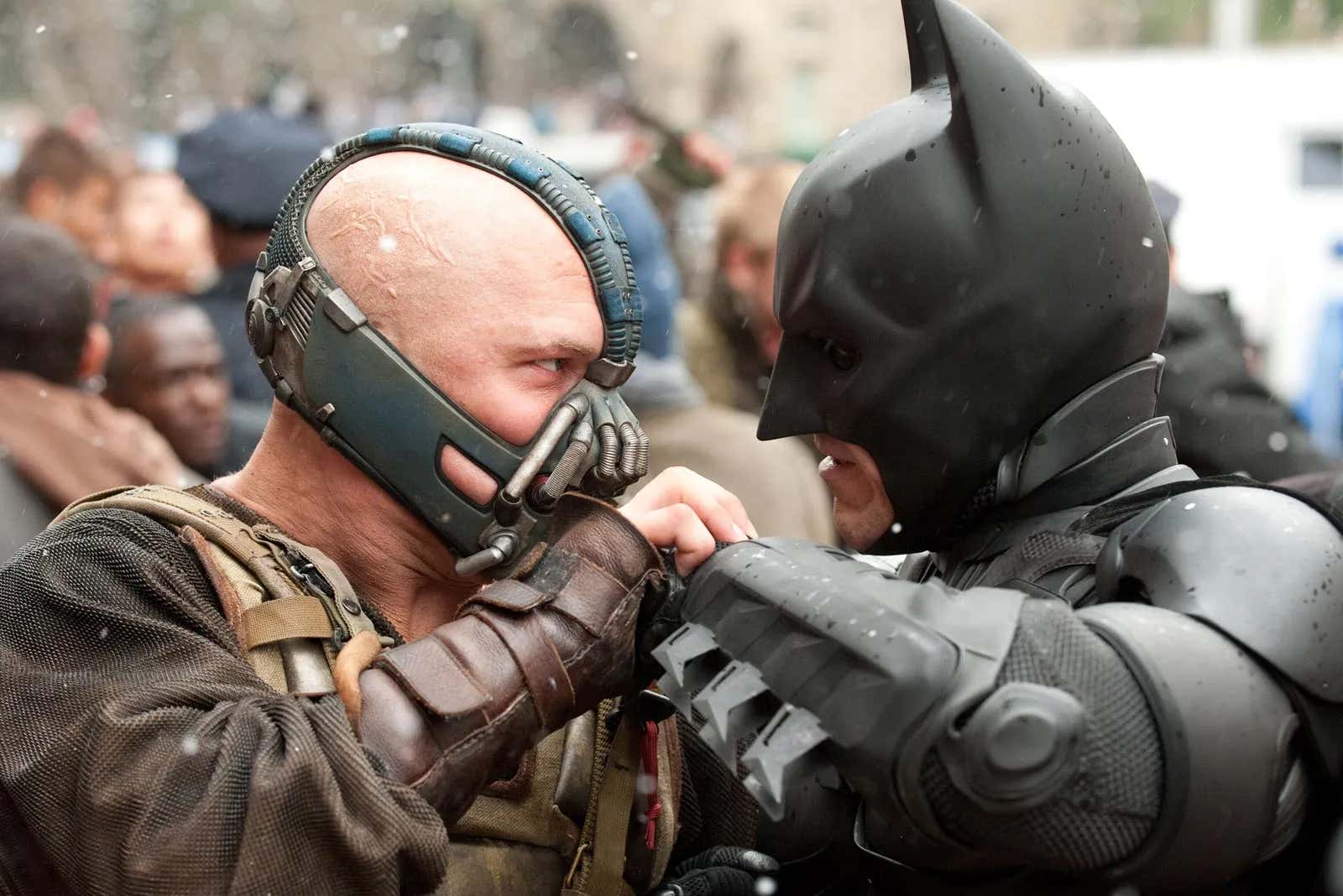 I get irrationally angry when people tell me that they don’t like “The Dark Knight Rises.” Now look, if you don’t like the movie, you don’t like the movie. Art is subjective, film is subjective, I understand that. But I think a big reason for why I get so frustrated is because people's reasons for not liking this movie are so nitpicky. I don’t like it as much as I enjoy "The Dark Knight." That's a movie that I could put on every day for the rest of my life and it would never get old. Every line in that film is quotable. I wrote an entire blog about it just a few weeks ago on the 13th anniversary of its release, but one of the reasons why "The Dark Knight Rises" has resonated with me for as long as it has is that I actually believe it’s one of the best movies ever made about depression. I’m sure that statement is going to lead to a lot of cocked eyebrows. “A Batman movie about depression? What the hell are you talking about?” Well, let me explain.

At the end of “The Dark Knight,” Batman fails. The Joker’s overarching goal of attaining utter chaos doesn't succeed, but only because Batman has to fail in order for Gotham to thrive. Batman loses the love of his life in Rachel Dawes, and let’s be real here, he kills Harvey Dent at the end of that movie. In order to prevent Gotham from falling apart, he has to break his one rule. Now unlike the Zack Snyder films where Batman kills with the consistency of a serial murderer, in Nolan’s films Batman kills and it breaks him up so much that he stops being Batman for 8 years. That entire experience shattered his soul. He’s filled with grief, filled with sadness, filled with depression. The symbol of hope that he aspired to be has failed.

One thing that I think gets overlooked is that throughout the entirety of "The Dark Knight Rises," Bruce Wayne wants to die. When he sees Bane enter the picture, he’s hell-bent on dying attempting to save Gotham. He's found a way out. He doesn’t want to live anymore. He feels like he has no purpose. He knows he has people in his life who can’t stand to see him go down that road, but he doesn’t care. That’s definition of suicidal. What makes this movie so interesting and so good to me is that it’s a movie about a guy learning to appreciate his own life again. I will now get into spoilers now so if you haven’t seen this movie in the past, I’d recommend not reading any further.

At the end of the film, Bruce Wayne fakes his own death. Batman dies so Bruce Wayne can live on. It’s an amazing character arc for a guy who two hours earlier was hoping to die on the job. This scene with Michael Caine early in the film is so freaking heartbreaking.

It is very strange to me that no movie has done a better job of encapsulating the experience of depression in a single sentence than a Batman movie has. I don’t like being the guy who says “Oh, you just didn’t understand it,” about a film, because I think it’s a pompous, pretentious, and stupid thing to say. But I remember coming out of "The Dark Knight Rises" in the summer before my junior year of high school and thinking that it was about every bit as good as "The Dark Knight." In hindsight, it isn’t quite as good because it didn’t have the unbelievable performance like what Heath Ledger gave, but to this day most of the complaints that I hear about this film are just complete nonsense. “I don’t like this movie because they never told me how Bruce Wayne got back into Gotham!” Who gives a shit? "The Dark Knight" is my favorite movie of all-time, but if you really want to break it down, there’s a whole lot of logistical errors that don’t make sense, but you overlook them because it’s a movie and it’s a Batman movie.

The fact that a Batman movie had the guts to masterfully handle something as serious as mental illness and depression is something that I appreciated when I was 17, and it’s something I appreciate even more now that I’m 26. I think there’s a lot of people out there who can relate to what Bruce Wayne was feeling at the beginning of that movie. That feeling of eternal failure, the idea that you’ve lost someone close to you and you can never get that person back, the idea that your life doesn’t have value anymore, Christopher Nolan handled those ideas head on, and I’ll always love him for it. I love Batman, but I love the idea that Batman can feel pain, suffering, and heartbreak just like all of us can. I love the idea that even the baddest, most intimidating dude in fiction can feel like his own life doesn’t matter. And his ability to overcome that to me makes this version of the Caped Crusader a bigger badass than any that came before and any that will come after it.

I know this is the third blog that I’ve written that has something to do with Batman, and the second blog that I’ve written about Christopher Nolan‘s Batman trilogy. That was never the plan. I know that this isn't a sports blog. In the grand scheme of things, this blog will probably come across as rather irrelevant, but I don't care. I can only write about what I know. I know about depression, and I know about Batman. "The Dark Knight Rises" is one of my go-to sad day movies. It’s one of the first and only superhero films in which the superhuman feels so much more human than he does super. I highly recommend watching it again if you have the time. It was very well received but I still can’t help it feel like it’s a little bit misunderstood.