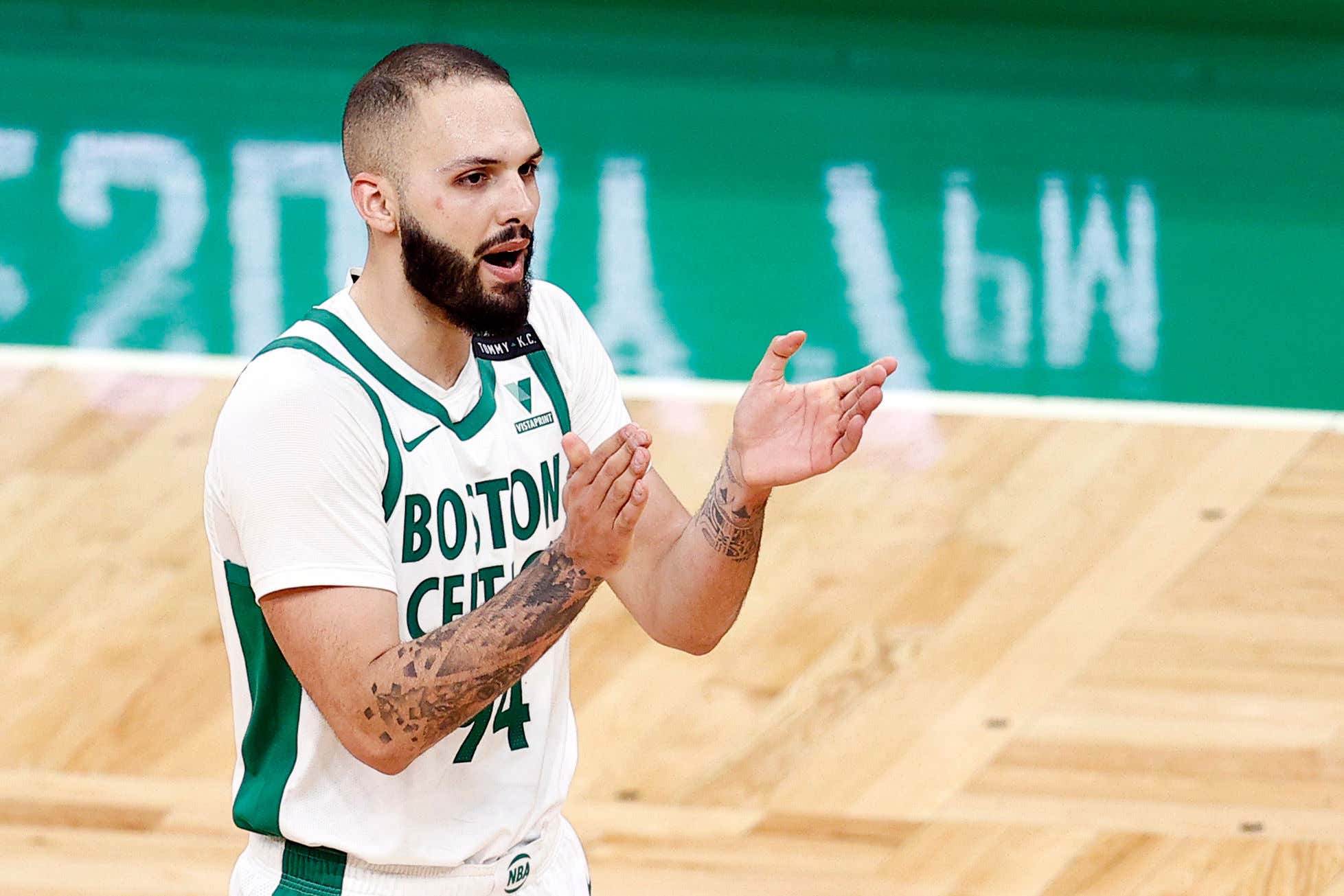 Figuring out the free agent market for Evan Fournier is complicated. Some people report his range is around $13-14M which would be fantastic for Brad Stevens & Co. Other people report he wants more money than that. You could tell me there's a team out there that is going to offer him $17-18M (just like his current deal) and it wouldn't shock me. Let's not forget what he just did to Team USA

all have at least $23M in projected cap space heading into free agency. Given how their rosters currently look combined with where they are as a franchise, I think we can remove teams like OKC/TOR and maybe even DAL. That leaves the Knicks and Spurs as two teams that could make a pretty hefty offer to Fournier and still have plenty of money left over. The Knicks are projected to have $51M and the Spurs $48M. That then brings to me today's news

To me, this is the game of free agency. With all that talk about Fournier maybe being had for an affordable $13-14M, the way you combat that is to let Brad know that the team with the most cap space available is interested. Could be true, could just be a leverage play to ensure that Brad doesn't lowball him. The question becomes would the Knicks be willing to eat into their future cap space by paying a ton of money to a player like Fournier. They were just 21st in 3PM last year but actually shot 39% from deep which was the 3rd best mark in the league. It's just not a huge part of their offense, ranking only 27th in 3PA. For a team that was just 29th in assists, the playmaking of Fournier could be appealing as well.

Safe to say, losing Fournier to a team in your division would be pretty tough. Especially since he started to look really good playing next to the Jays after dealing with covid. But this is the gamble when it comes to Fournier's free agency. All it takes is one team who is willing to pay him and there are options out there. As fans, we have no idea what he wants. Is he looking for the largest bag possible no matter what team it is because he's already 29? Or did he enjoy his short time in Boston and want to continue to play there despite their offer maybe not being the highest?

I keep thinking back to what Brad said after the Kemba trade about the importance of having future financial flexibility. Well if you're paying Fournier like $18M over the next 3 seasons, that complicates things. Could the Celts offer a JJ Redick style contract where it was big money for 1 year so they maintain their flexibility? Sure, but why would Fournier take that if he has a longer guaranteed deal for big money somewhere else.

Free agency officially opens at 12:01 on August 6 which is just 10 days away. My guess is this Knicks report is not the last we'll hear of a team being interested in Fournier, and all I know is if he does walk, Brad needs to find a way to replace that production immediately, and he doesn't have a ton of tools to do it.