I was wrong, and let me just say, I have never been happier to be wrong in my entire life because Aaron Rodgers is officially back!

It almost didn't happen and, honestly, I didn't think it would.

Two days ago when reports were coming out that the Packers were "offering concessions" and that the "deal is not done but its close," I refused to get excited because I knew the pen could be in his hands, making its way to the dotted line, and the organization could still somehow blow it. Yesterday when Aaron Rodgers physically arrived at training camp, I restrained myself because until the words came out of his mouth, I would believe nothing! That might sound super dramatic and ridiculous, but the fact that we're even here, at this moment, celebrating the return of Rodgers IS mind-blowingly ridiculous! It should never have come to this! Yet here we are, listening to Rodgers and his beautifully BRUTAL words. (packers.com)

"It started with a conversation in Feb, at the season ending. I just expressed the desire to be more involved in conversations directly affecting my job. Also, I wanted to help the organization learn from maybe some of the mistakes in the past, in my opinion."

Ah the many, many factual mistakes!

"The way some of the outgoing veterans were treated, and just the fact that we didn’t retain a number of players that I felt like were core players to our foundation, our locker room, high character guys. I’m talking about Charles Woodson, Jordy Nelson, Julius Peppers, Clay Matthews, Randall Cobb, James Jones, John Kuhn, TJ Lang, Byran Bulaga, Casey Hayward, Micah Hyde… many of whom weren’t offered a contract at all, or were extremely low-balled, or were maybe in my opinion not given the respect on the way out that guys of their status and stature and high character deserve."

"And then it kind of progressed from there into a commitment for the 2021 season and beyond – that really wasn’t given any time. So for me, I had to access the situation, not necessarily wanting to be a lame duck quarterback, especially after an MVP season." 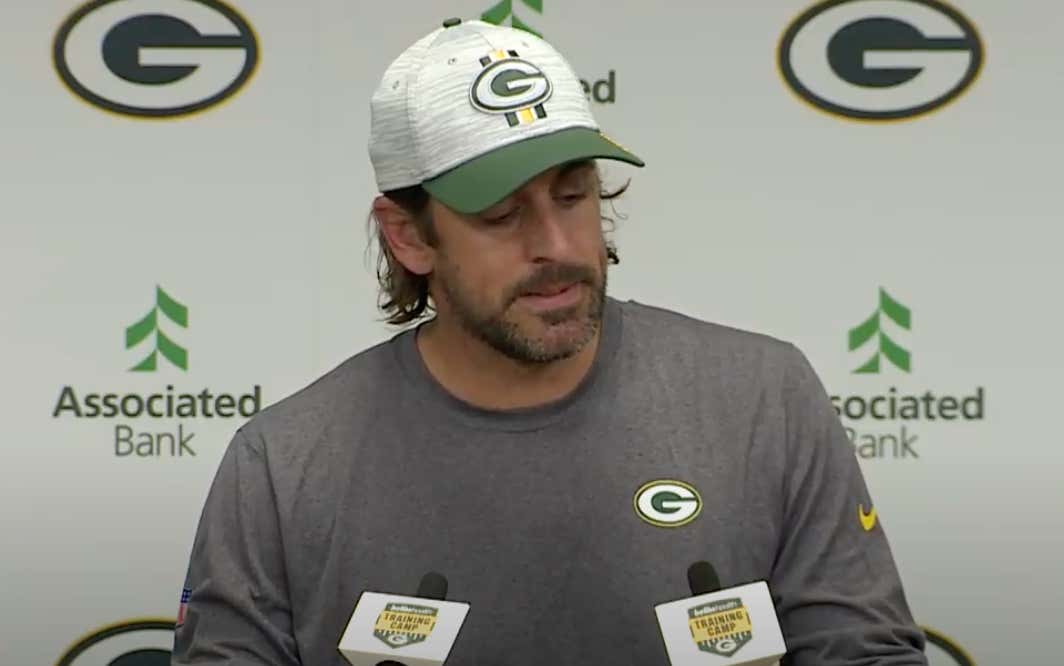 So they didn't want to commit to the MVP, they didn't want to bother to give him the respect of maybe just mentioning that they were considering getting rid of one of his guys, they didn't want to use him as a recruiter to get players to Green Bay (which makes sense as clearly they were prioritizing finding his replacement and that would admittingly awkward for #12), instead they just decided to throw some money at him to get him to shut the fuck up. Except…

"Based on what I’ve accomplished in this league - the way I care about my teammates, the way I show up in the locker room, the way I lead, the way I conduct myself in the community – you should tie myself to a little more input… I’m not asking for anything other great quarterbacks across the last few decades have not gotten – the opportunity to just be in conversation…

I think I have a unique perspective, being in the locker room and having been the starter for 13 years and being here for 17 years. There aren't many people who have been in a position of influence longer than I have in this building. It's not where I need to have final say - I never asked for that - I just want to be in the conversation… to be in the conversation makes you feel like you’re important, you’re respected."

I don't know why they would think throwing money at him would work when he said over and over again that it wasn't about the money. It wasn't a trick to get more money, it was an attempt to get the amount of respect he deserved, a respect that has been given to many greats… and some not-so-greats like Andy Dalton who did receive a phone call when the Bengals were thinking of drafting his replacement and when they selected him.

I love this team, I love the org-… I love the fans, the opportunity to play on Lambeau Field has been a dream come true.”

Whether that was a Freudian slip or an intentional drop is irrelevant, that was a completely necessary and hilarious statement because this has been a massive, stressful, shit show.

But now that it's over (for now) and the Packers proved that people can change (when they're on the verge of losing their legendary quarterback), there are no words that can accurately describe the immense amount of happiness I feel in my heart right now. Even if we only get one more year with him… my quarterback is back!

AND he's bringing his longtime #1 with him!

The days of ugly crying are over.