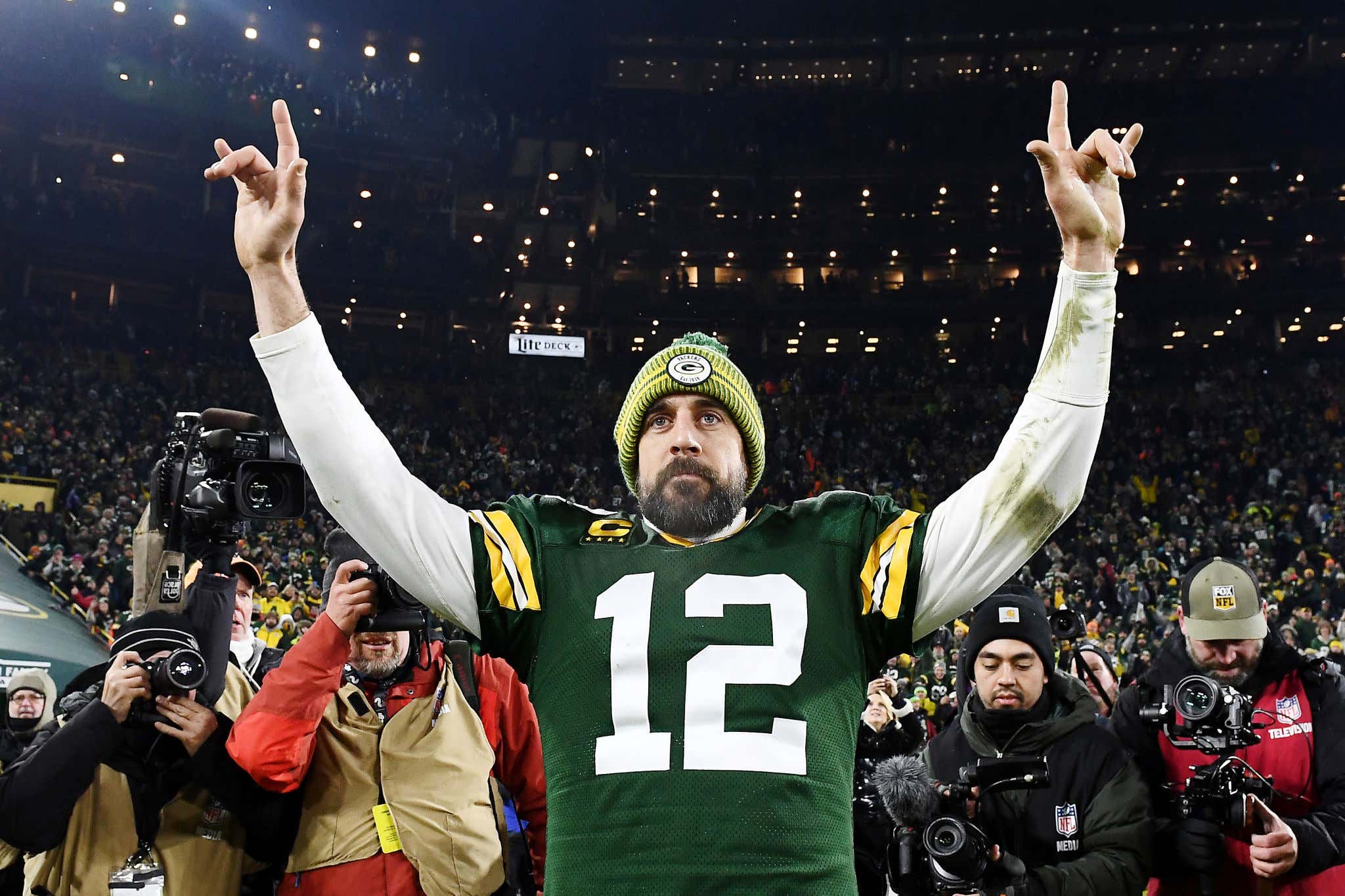 Holy shit it's actually happening!  Aaron Rodgers and the Packers are closing in on an agreement where 12 is back in the green and gold for training camp as the starting QB of the Pack. How the hell did we get here? Kenny Mayne SportsCenter interviews, Jeopardy hosting jobs, a golf match vs. Tom Brady, some IG stories about MJ and the Bulls, and all of a sudden boom we're back. Seems like a lot of shit happened this weekend with Rodgers' agent in Green Bay to figure out if this could work. Seems Gute and Murphy were willing to work on a middle ground after being adamant they were not trading this dude…at least not this offseason.

The new concessions made by the Packers make it pretty easy for Rodgers to control his destiny, which is what he's always wanted. After this season he can move onto another team with relative ease or if things go the right way he can keep on going in Green Bay. The plan all along for Green Bay was to move on after this season, and now as it stands that can still happen. Feel like the Packers front office comes out on top here no? They put their foot in the sand and said they were not trading Aaron Rodgers. He wanted to leave. Now he's back running the show. Next offseason he'll likely be on the move, but that's a discussion coming for down the road. Future me problem, not present.

I gotta say it feels like something else is coming in a big way. What is changing here to make Rodgers wanna come back and play? There's going to be more money to work with in the immediate future which should definitely be going to locking up Davante Adams.

That would be fucking awesome, but there's gotta be more. You'll probably see a Randall Cobb reuniting, especially after the Anthony Miller trade. Rodgers wants him back badly supposedly. Either way I'm not complaining, Rodgers is back! Jordan Love can go grab that clipboard for another year…phew. Bears fans in shambles