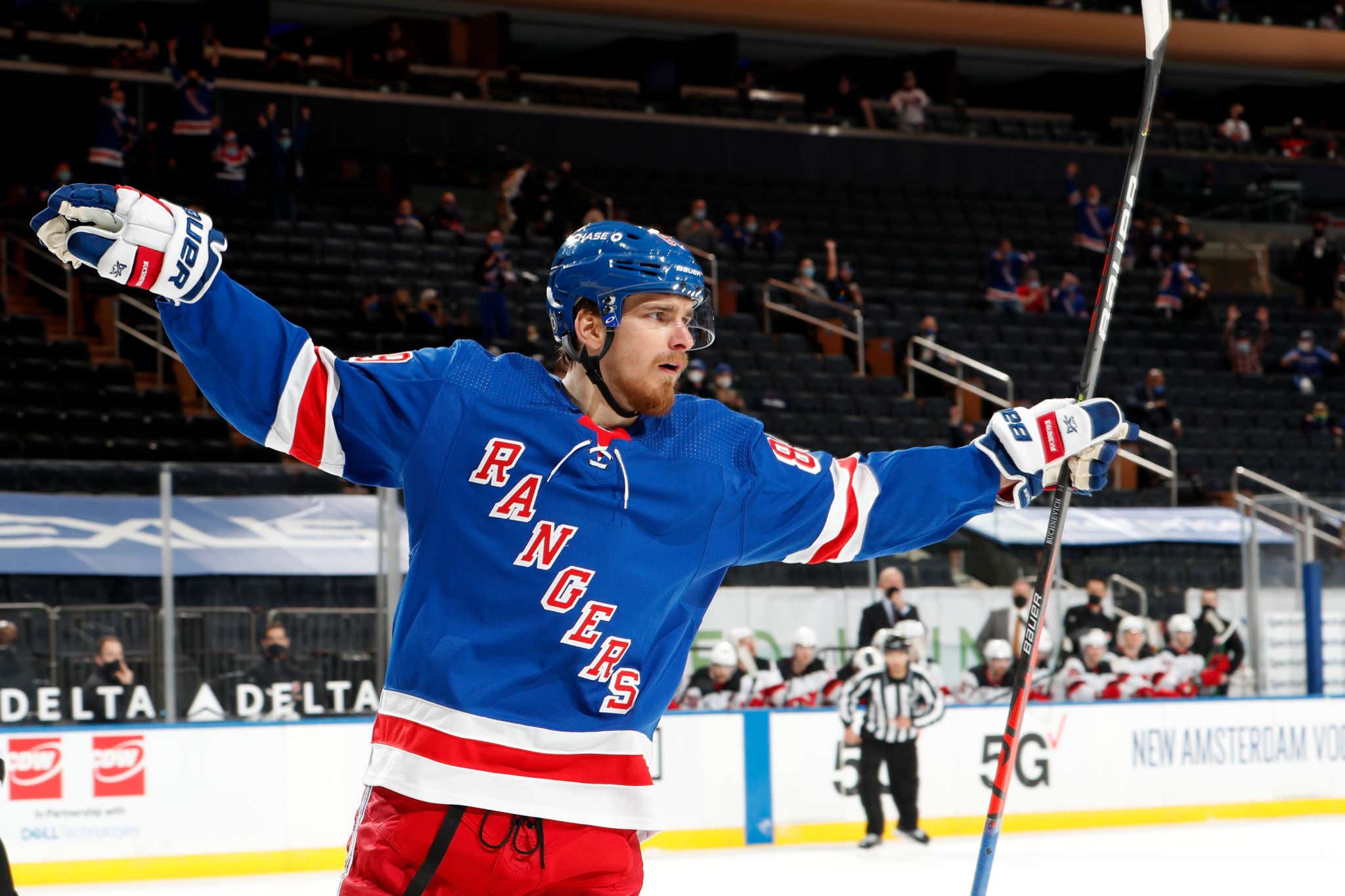 Well it's not a huge surprise. Pavel Buchnevich has always been the odd man out when evaluating the Rangers future of their top six wings. Panarin isn't going anywhere. Lafreniere and Kakko are the future. Kreider is a leader and wasn't just inked for $6.5M to play on the third line. Plus there's Kravtsov & even Chytil (I've said it for a while now I feel his game is much better on the wing than up the middle). So even though Buch has morphed from a lackadaisical kid who often found himself stapled to the bench/4th line into a no-questions-asked all-situations stud, there was just simply no room on the roster to hang onto him at the price tag he's about to command in his last RFA year. So the Blueshirts say goodbye to Captain Happy in exchange for 25 year-old checking winger Sammy Blais and a second-round pick in 2022.

On the surface the return seems pretty light - but if Drury was looking for a winger comparable to Buch, he'd have just kept Buch. I'm sure shipping him out of the conference had a small hand in it too. It's been common knowledge the Rangers were going to add players that made it difficult on the opposition. First it was Goodrow and now Blais who falls right along with that. He plays a relentless, disruptive style that should pair perfectly with Goodrow on what's assumedly going to become their go-to checking line. The 6'2 205 lb. agitator is signed for $1.5M before becoming an RFA next summer.

Buchnevich became everything Blueshirts fans hope their youngsters blossom into. Every single season was an improvement on the last, and Buch's most recent campaign was fantastic. He racked up 48 points in 54 games (projects to 73 over a full 82-game slate) without significant power play time. 101 forwards played at least 700 5x5 minutes and Buch was 8th in P/60 - a hair behind Rantanen & ahead of names like Kaprizov, Draisaitl, Barkov, Huberdeau, Barzal, etc. His even strength production was elite and on top of that, he unexpectedly became a PK stalwart leading all Rangers forwards in shorthanded TOI & goals. The cherry on top of Buchnevich's all-around game is, although not a power forward, he's a big kid with a mean streak that wasn't found anywhere else on the roster. Never forget…

Fans aren't happy and I get it. Why trade a 26 year-old who's still under team control with an arrow pointing straight up, especially if it's not to address lackluster C depth? There's clearly a plan here so you gotta wait until the entire puzzle is complete, but plain and simply put he was the only one who could go. Are they kicking themselves for the Kreider extension? Maybe - but that's done. He can't go anywhere and you're not bailing on Laf or Kakko this early. The pressure is on the young guns now. There will be no more complaining about the NYR premiere draft picks getting shuffled around the lineup. With Buchnevich gone, the only thing in front of them now will be opportunity. If the kids play to expectations it'll make it a lot easier to forget about what Buch is doing in STL…which I have zero doubt will be phenomenal.