The Buccaneers got their Super Bowl rings last night and they look absolutely spectacular.

Brady's initial reaction was pretty strong. It's so cool to see him like a kid on Christmas morning with these things, still after 21 years.

But back to the actual ring. There is such unique detail in the ring. Everything from the 319 total diamonds on the exterior top represent the full Super Bowl score of score of 31-9. There are nine diamonds on the left trophy which represent the nine points they gave up in the Super Bowl to the Chiefs. The four diamonds on the Super Bowl LV logo on the side represent the four division winners they defeated to win the whole thing. There are eight emerald-cut diamonds which represent the eight game winning streak the Bucs ended their season with. The ring also is inscribed "One Team One Cause" which was the mantra for this past year. Each ring is also personalized to each player with their name and number and the ultra unique part is, for the first time in history, there is a removable top. The top comes off to show Raymond James Stadium sunken into the ring with the final scores of all four playoff games in them. 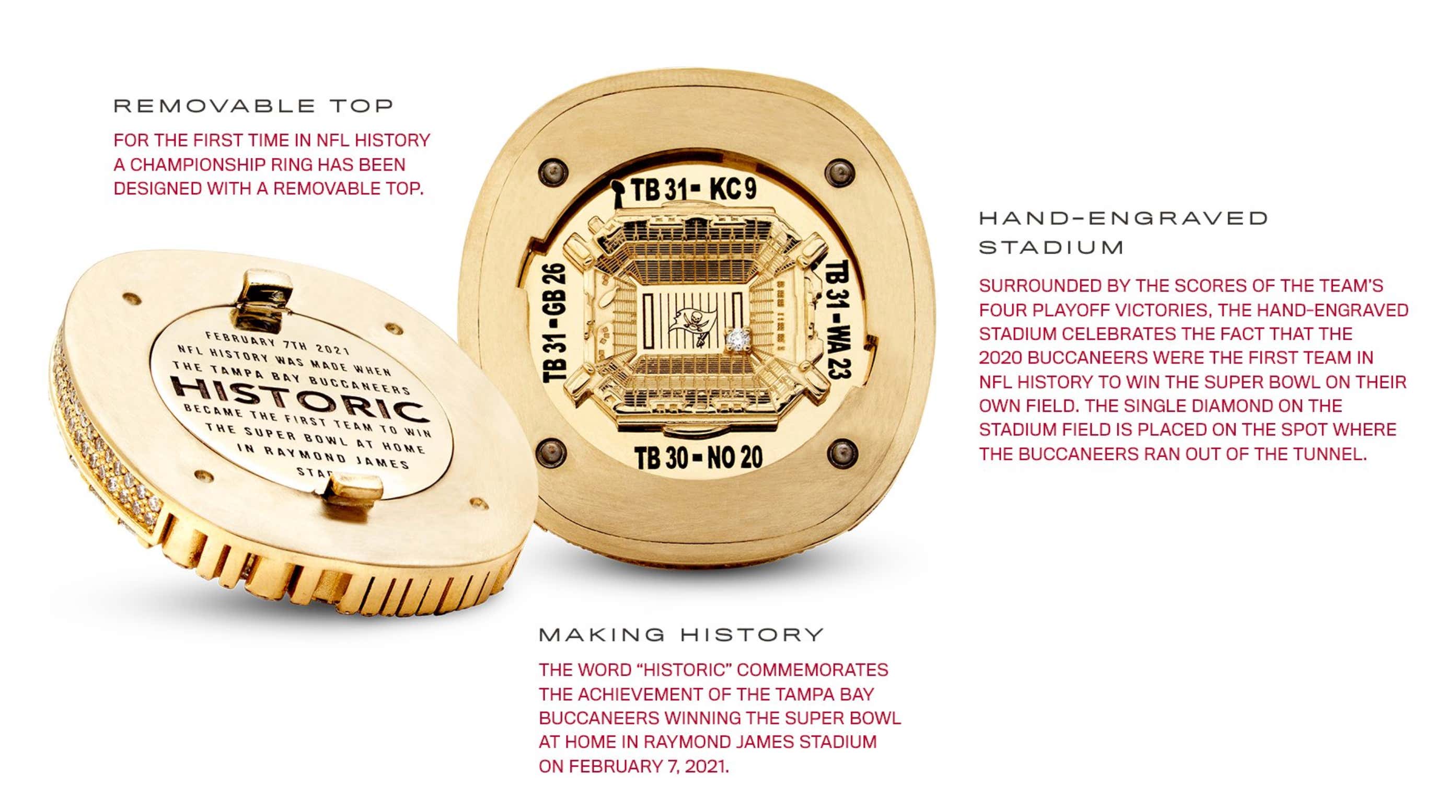 And even though Tom Brady said that this ring was the "greatest ring that has ever been made", at the event tonight, he also dropped this hint about his real favorite:

My guys were having fun tonight!

And while last night looked awesome, BA is right, it's now time to go for two.