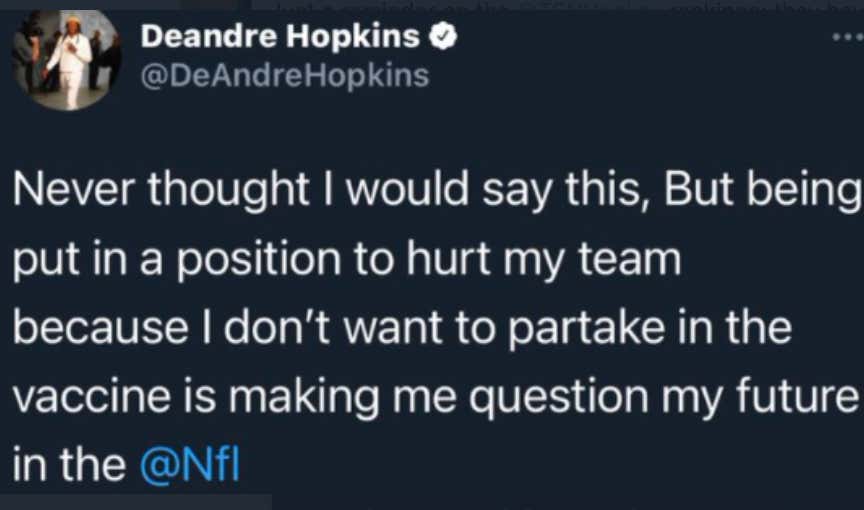 DAMN. That is a big time statement from a big time player. Jalen Ramsey was just on Million Dollaz Worth of Game saying he was the best WR in the entire NFL aka the world. Just so people aren’t totally out of context I’d guess this tweet is a reaction to these statements made by the NFL about potential penalties and forfeitures of games and money if there’s cancellations due to COVID.

Threatening to quit the league is a WILD move but forfeiting games and being responsible for financial losses and discipline for the league is also WILD. I have no idea how this is all going to play out but one of the best players in the league claiming he’d consider retiring and playing for a different non existent football league is insanity. Is he gonna quit the NFL over the vaccine? I doubt it. Am I interested to see what happened with the whole situation. YES. Stay tuned. This is just the first player to speak out. I doubt he’ll be the last.