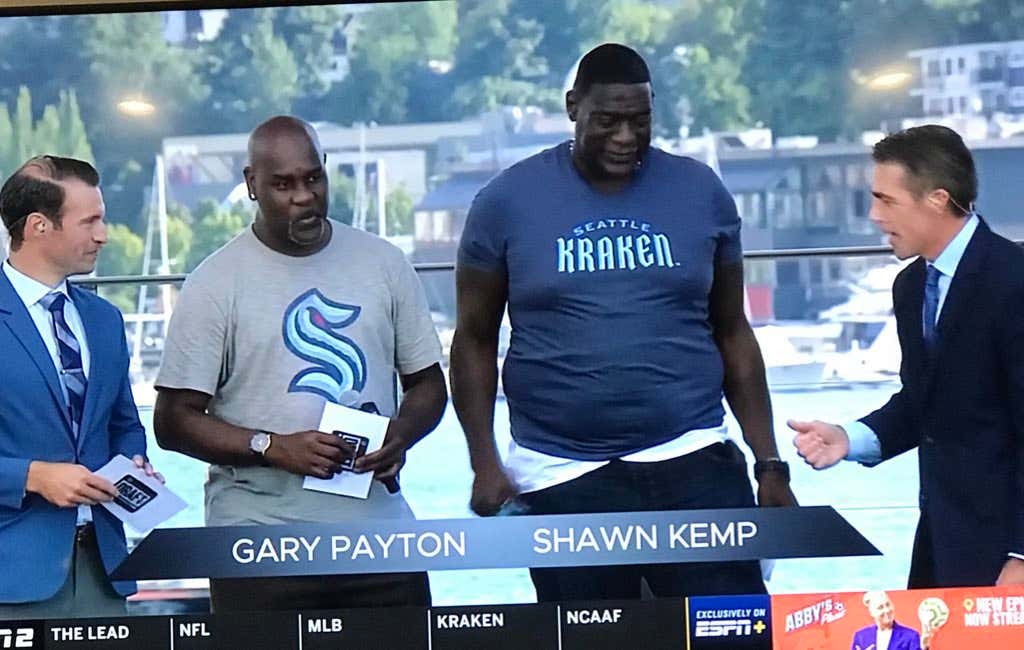 The Kraken brought Gary Payton and Shawn Kemp in last for the Expansion Draft. Which--by the way--was absolutely miserable. All of the picks were already leaked by lunchtime yesterday and 99% of the picks were absolute trash. The picks are weak, the broadcast is shaky, the least this team could have done was at least not disrespect a Seattle legend by stuffing him into a size medium shirt.

It's not like the Kraken just saw Shawn Kemp walking down the street earlier in the day and were like, "hey! this is actually a crazy coincidence but would you like to come help us out at the Expansion Draft tonight?". No. They've clearly had this planned for quite some time. You don't think they could have given their merch team a little heads up a few weeks ago to get the largest shirt as humanly possible for the Reign Man?

And sure. Clearly Shawn Kemp has been eating pretty good lately. Maybe they told some young intern to get a shirt ready for Shawn Kemp and they had to Google to figure out what size to get him. You see this on the first row of Google images and maybe you think a medium gets the job done. 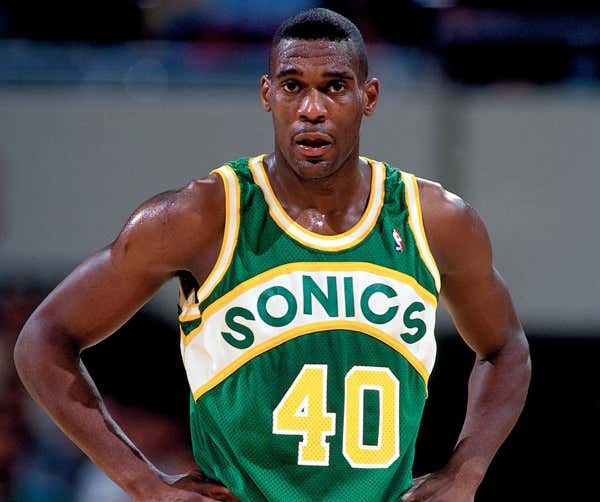 But to stuff any man into a shirt that is clearly 4-5 sizes to small is an absolute sin. Let alone a Seattle legend.

Oh and to top it all off, they gave him a Finnish player to draft.

Jordie's Note: I wrote this blog last night before Reags wrote another headline with the word "egregious" in there. Great word, but I'm not a vocab thief