So this video is making rounds again despite it being from November. Why? Because LeBron (and Channing Frye) decided to talk about how the Bucks didn't get better because Giannis can't score. One of the weirder arguments that I see on NBA Twitter and just from NBA people in general. If you say Giannis can't shoot, fine, that's mostly right. But saying Giannis can't score? That's an outrageous statement, especially now. So if Bron Bron wants to BREAK DOWN the game to understand it, let's look at this.

Sure seems like a guy that can score just fine. Who cares if it's mostly in the paint? Who cares if he isn't the shot maker that Kevin Durant is - hint, no one really is. Who cares if his handles isn't as good as others? You know why? He's a two-time MVP before the age of 27 that's one win away from an NBA title and likely NBA Finals MVP. Such a miracle that a guy who can't score is putting up 32.2 in the Finals on 60% from the field. Imagine if he could score? We'd be talking about averaging like 50 then. Gotta wonder what LeBron is thinking in this moment. 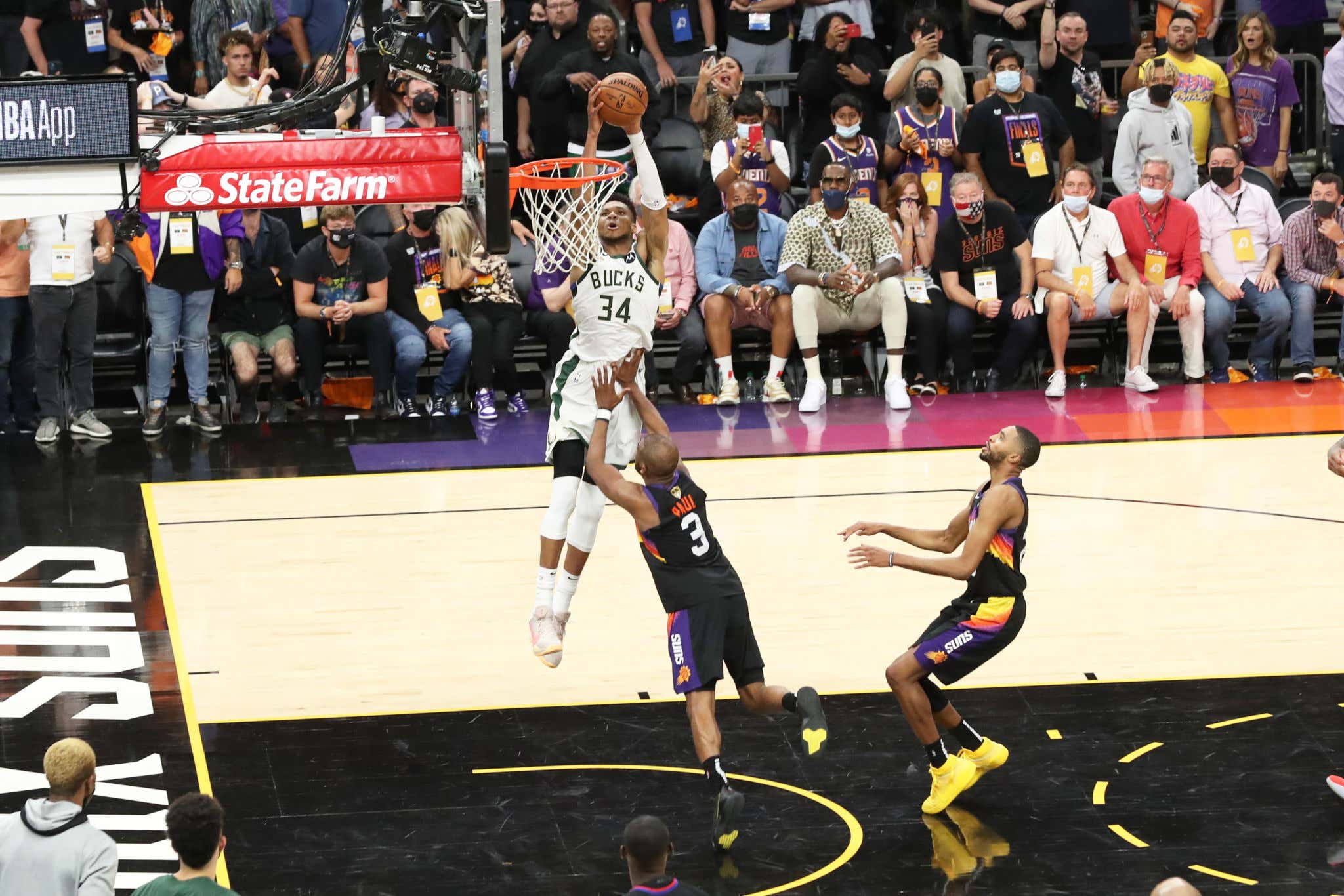 Maybe was too busy bringing in his own tequila to pay attention to the dominance Giannis has had during the Finals. It's like I said before. Even if Giannis isn't a 'scorer' he's doing everything else. He's made arguably the best defensive play we've seen. He's drawing attention. He's finding Khris Middleton when they need a bucket from him. He doesn't just stand around.

It even goes back to the whole NBA players not liking Giannis or being buddy-buddy with him. Who gives a shit? Giannis doesn't seem to care. Plus, we all complain about NBA players being too buddy-buddy and now people are complaining that they aren't nice enough to Giannis. The whole LeBron talking about 'understanding the game' is insane though. Like, yeah, you're LeBron, you clearly know the game. Saying Giannis can't score vs can't shoot is just wrong. The guy can score, just watch the game.