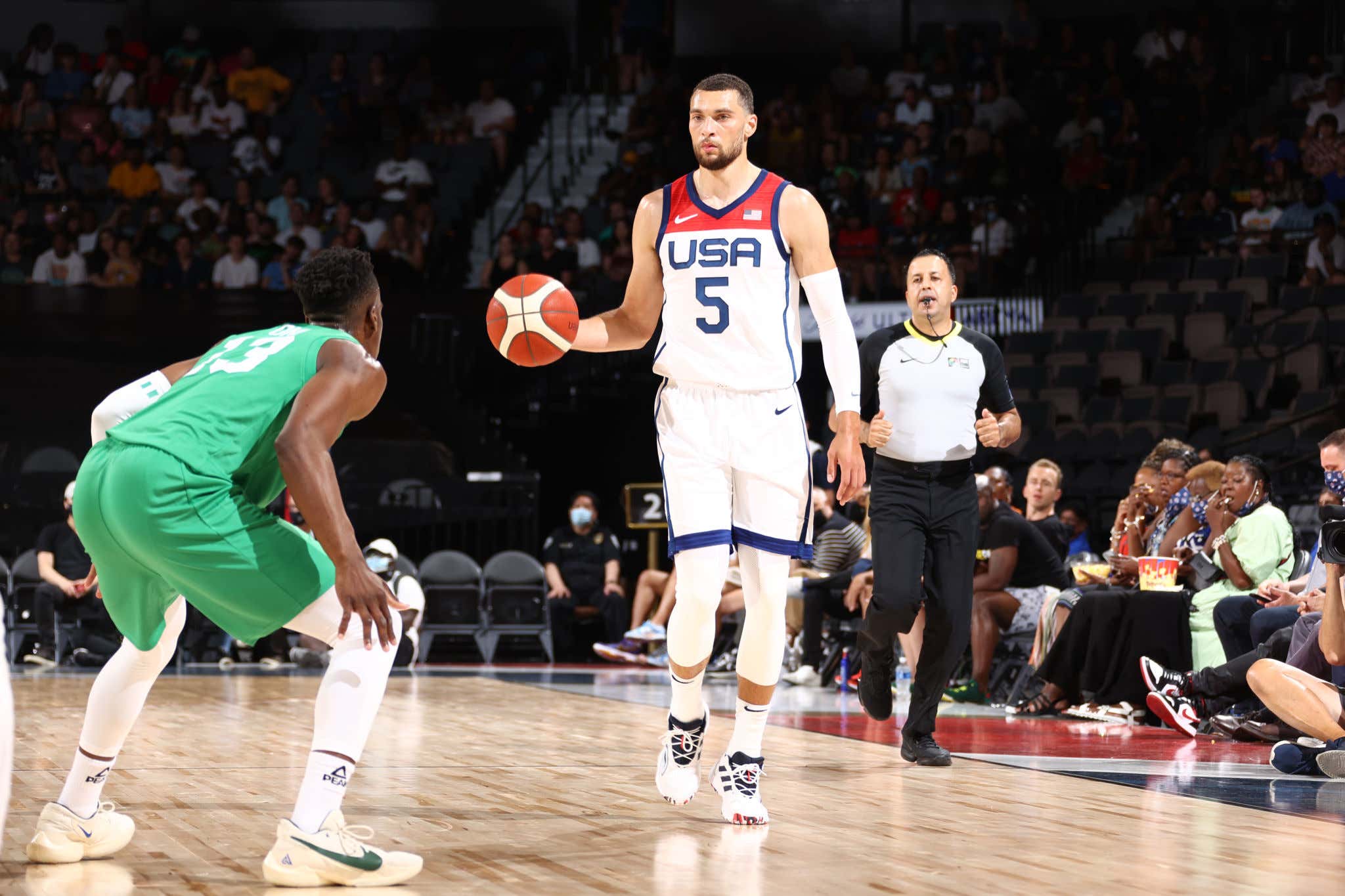 Well shit! Just like when it looked like Team USA was starting to hit their stride on the court after an impressive win yesterday over Spain in which they got a solid performance from Zach LaVine

of course it makes sense that the natural progression here would be that he enters Health & Safety protocols and won't travel with the team to Tokyo. There are obviously two ways this could go. The first being another Bradley Beal situation where he straight up needs to withdraw from the team. That would be a disaster. The other is similar to what happened with Jerami Grant, a player who had to go into the H&S protocols and quarantine but he ultimately got cleared. Team USA's first game isn't until 7/25 so there is some time there, but still this is the last thing you want to hear. In addition to hoping LaVine is OK, this team needs all the talent they can get and losing someone like LaVine definitely hurts. The guy can really score the basketball and is a beast in transition as we saw last night.

I now wonder if Beal tested positive and that's why he had to withdraw and couldn't travel, but Grant/LaVine can't. That seems a little confusing to me if Beal didn't test positive yet still can't play. As we know from the regular season and playoffs, the health & satefy stuff is super vague. Grant was cleared in about 3 days so hopefully that's around the same timeline for LaVine.

If he for whatever reason can't play, where do they go for the replacement? We saw the additions of McGee and Keldon Johnson already, do they just stick with someone from the Select Team like Garland? They'll need to replace a versatile player who can shoot, and there aren't a lot of those guys laying around. Better just cross our fingers that LaVine can go. Remember, he already tested positive earlier in the season, so hopefully this is just a close contact situation  or something and he'll be good to go and in Tokyo by the start of the games. The roster definitely needs him that's for sure.