It's time for another edition of Stool Streams presented by High Noon Hard Seltzer. We have three awesome matchups for you today, and it all ends with Frank The Tank attempting to secure his first win inside the Triple S. Today also marks another chance to win the $1,000 Progressive Jackpot if one of you can successfully go 6-for-6 on your picks via the Play Barstool app. Below is a breakdown of our entire triple-header to try and give you all the numbers and nuggets you need to make the right picks. Let's get to it:

Remember to make your picks to get in on the Progressive Jackpot sweepstakes. $1,500 is yours if you can successfully go 6-for-6 on the Play Barstool app.

Storylines:  It's always interesting when a new competitors steps inside Stool Streams Stadium. That's what we have here today with KenJac, the 27 year old from Long Island. The rookie has no easy task in this opening match, as his opponent is the queen of the Triple S in Liz Gonzales. She is undefeated in Cornhole and looks to keep that momentum going today.

Quotes to Remember: "I'm under the weather with a sinus issue, so my fitness won't be good, but the only fitness I'm worried about is fitness bag inside that Cornhole." - KenJac

"Now that it's summer, it feels like the perfect Cornhole time, and it has been a bit. I miss the room [Triple S]." - Liz 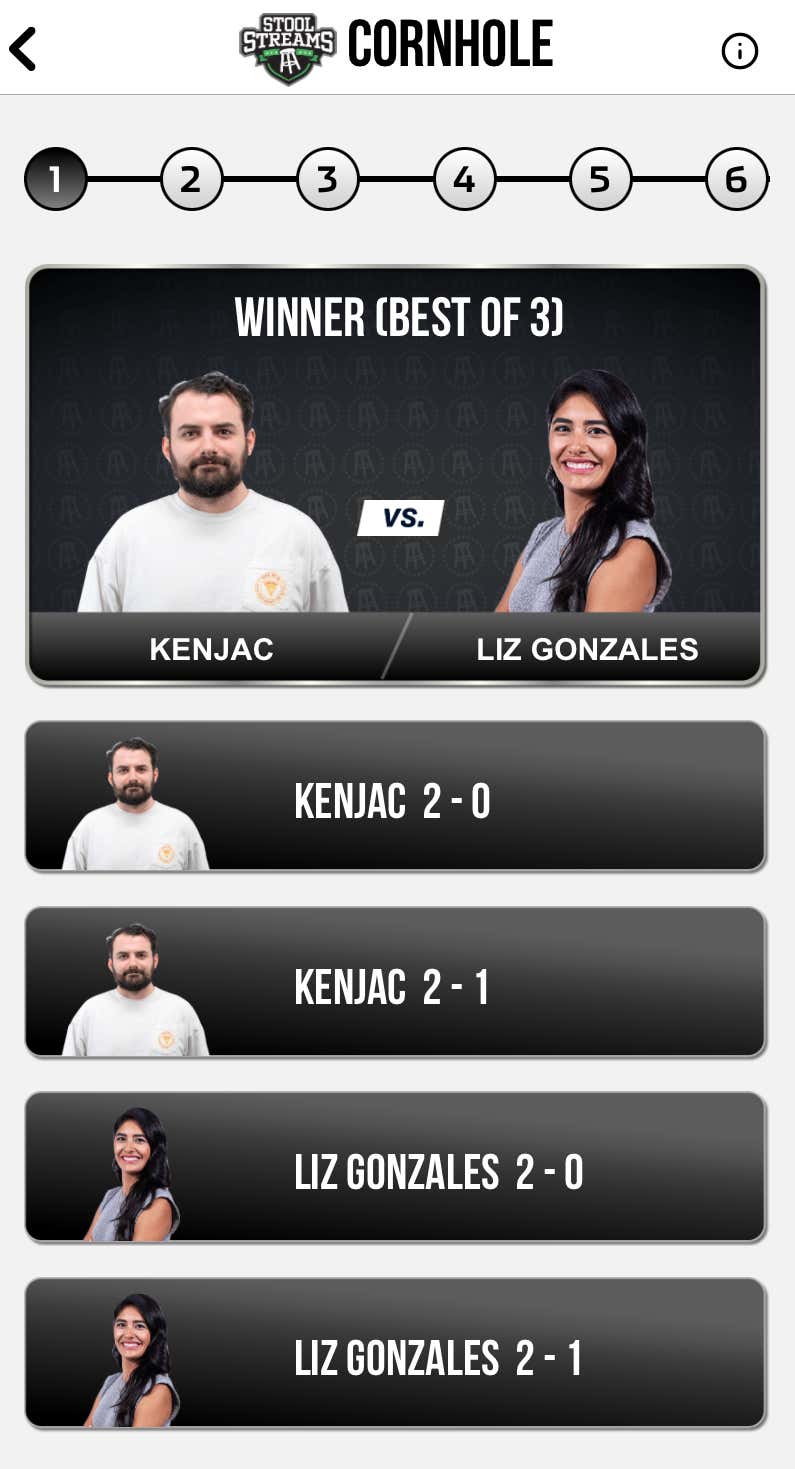 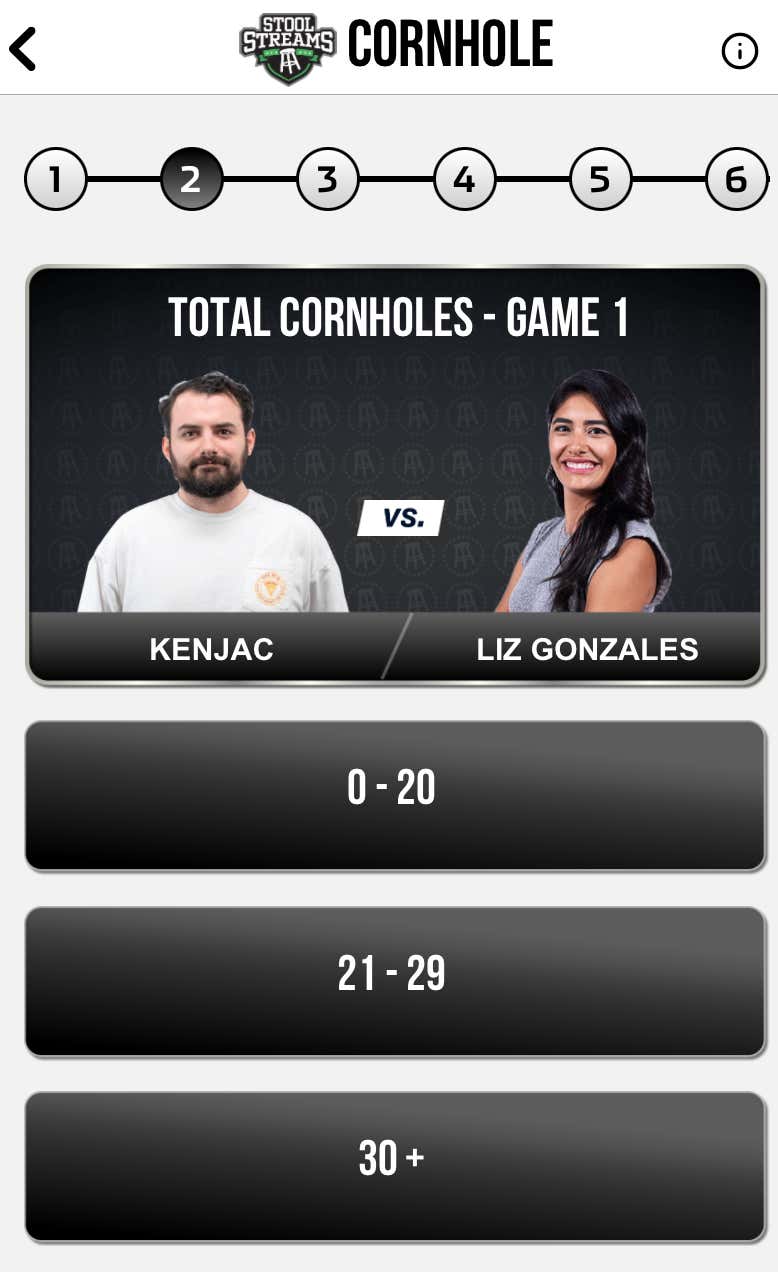 Storylines: These former Jenga partners return inside the Triple S as opponents today. Nate is coming off of a couple intense wins over Frank The Tank, while Billy is riding high off his first career win over Tommy Smokes. Which winning streak will stay alive by the time we go off the air?

Quotes to Remember: "I just need to get my bags on the table and play my game, I'm hitting my stride, need to go to the top." - Billy

"I don’t think I'm very good at Cornhole, it feels good that I've won two straight, but I know I'm one of the weaker players in this office." - Nate 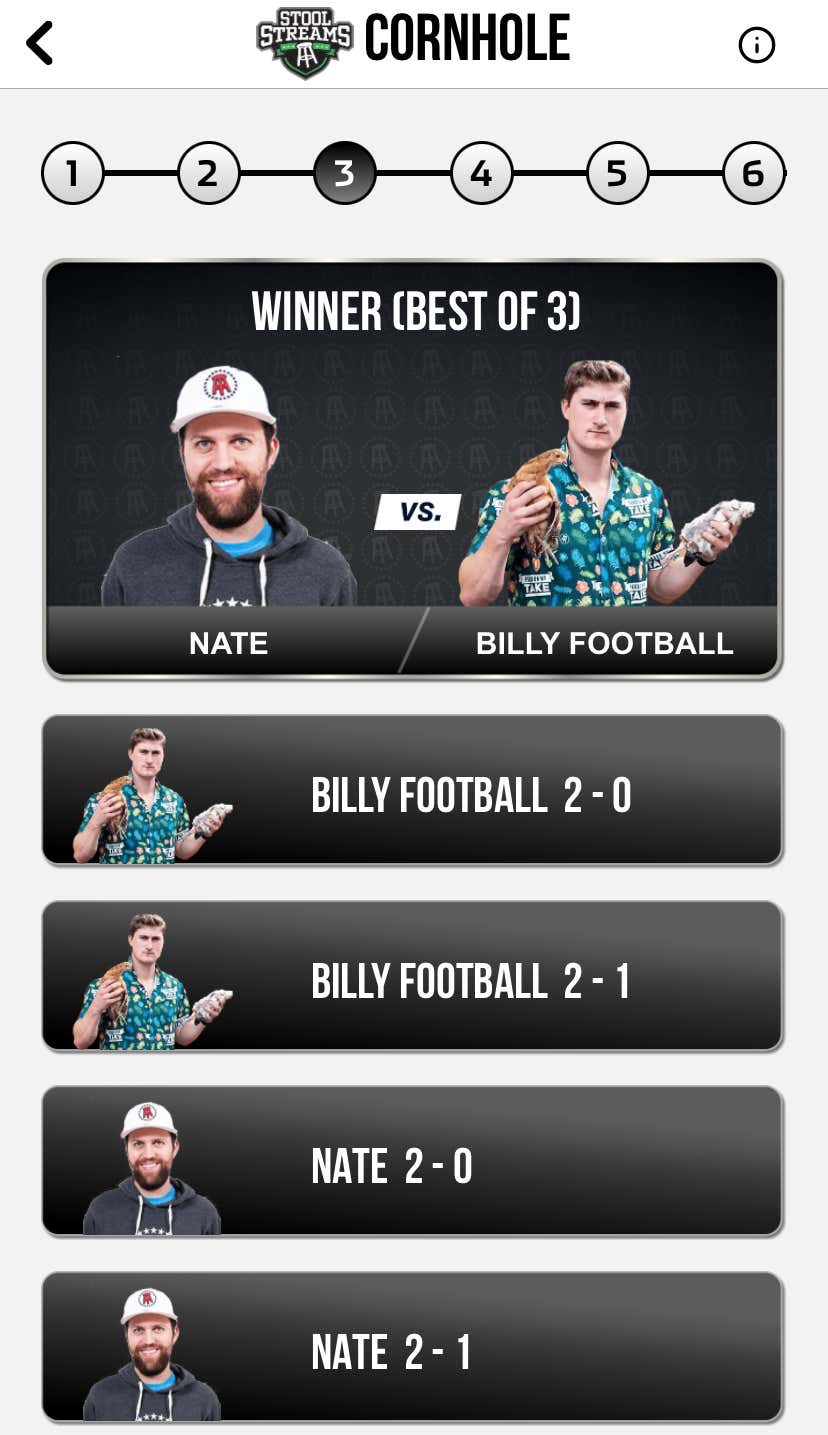 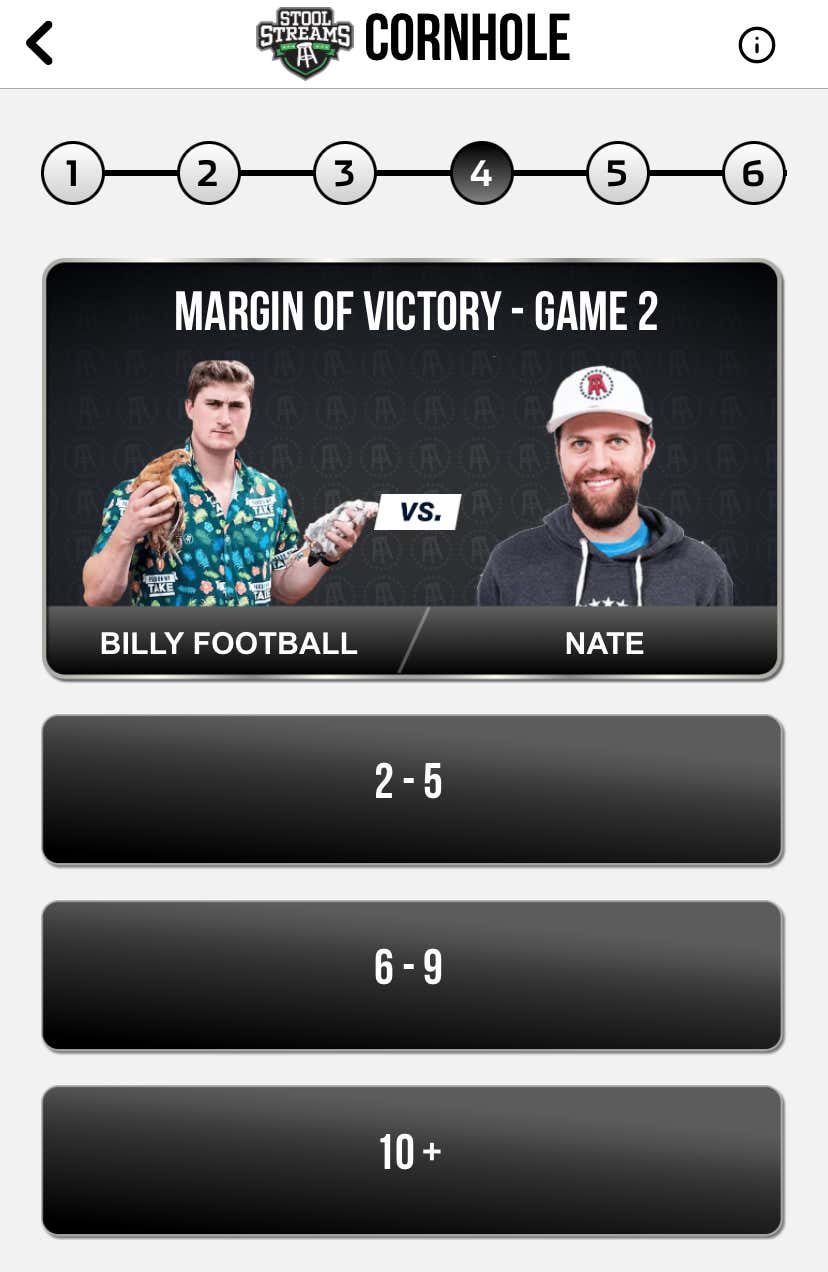 Match 3 - MRags vs. Frank The Tank

Storylines:  This question comes up any time Frank The Tank appears inside The Triple S - is today the day he gets his first win? It won't be easy for the the Mets super fan, as his opponent in MRags was VERY impressive in his first win against Jeff D. Lowe. We'll see if Frank can deal with me back in the booth as well, as he thinks I am "Jake The Jinx."

Quotes to Remember: "Confidence is at like a 9.7 out of 10, sometimes it's not your day, it's their day, but I'm very confident." - MRags

"I think I'm in trouble because he's probably good." - Frank 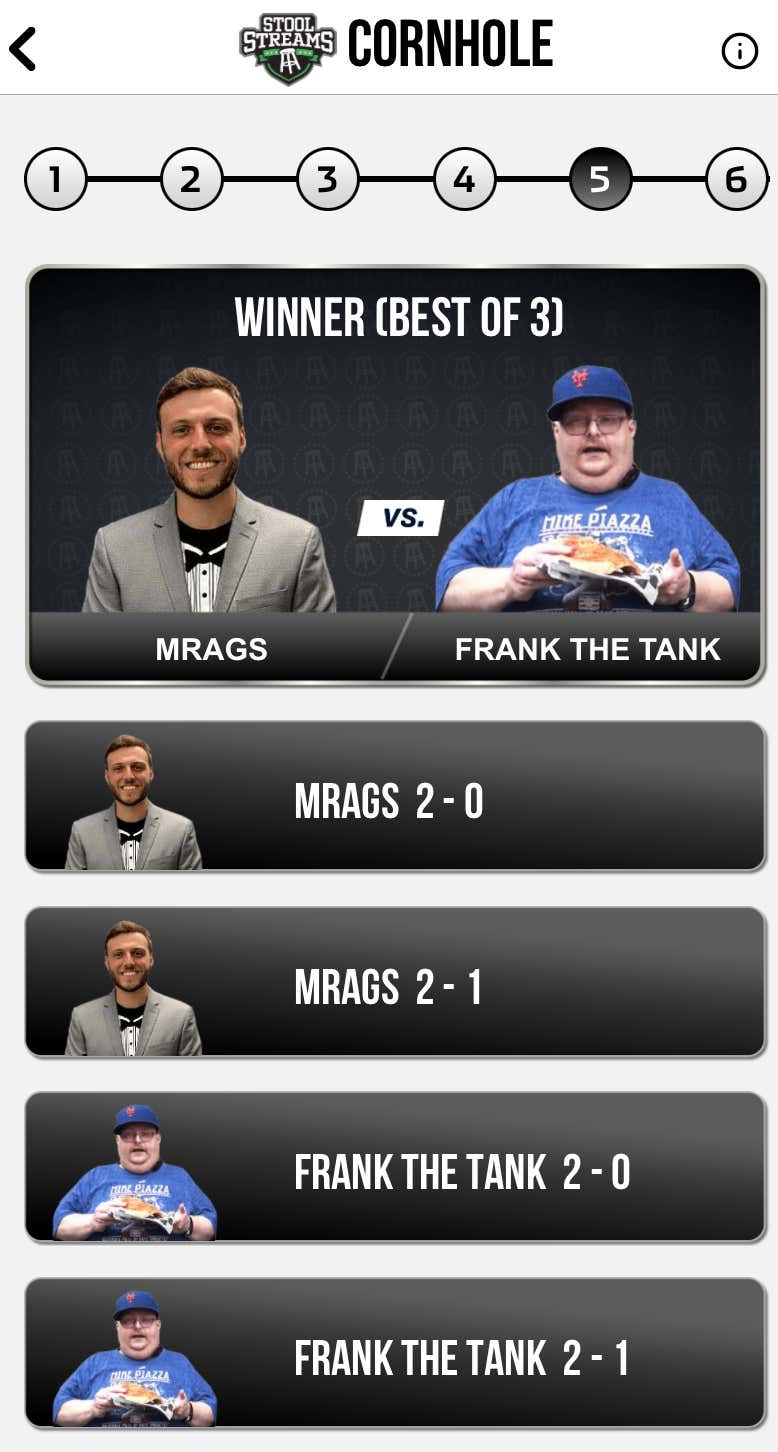 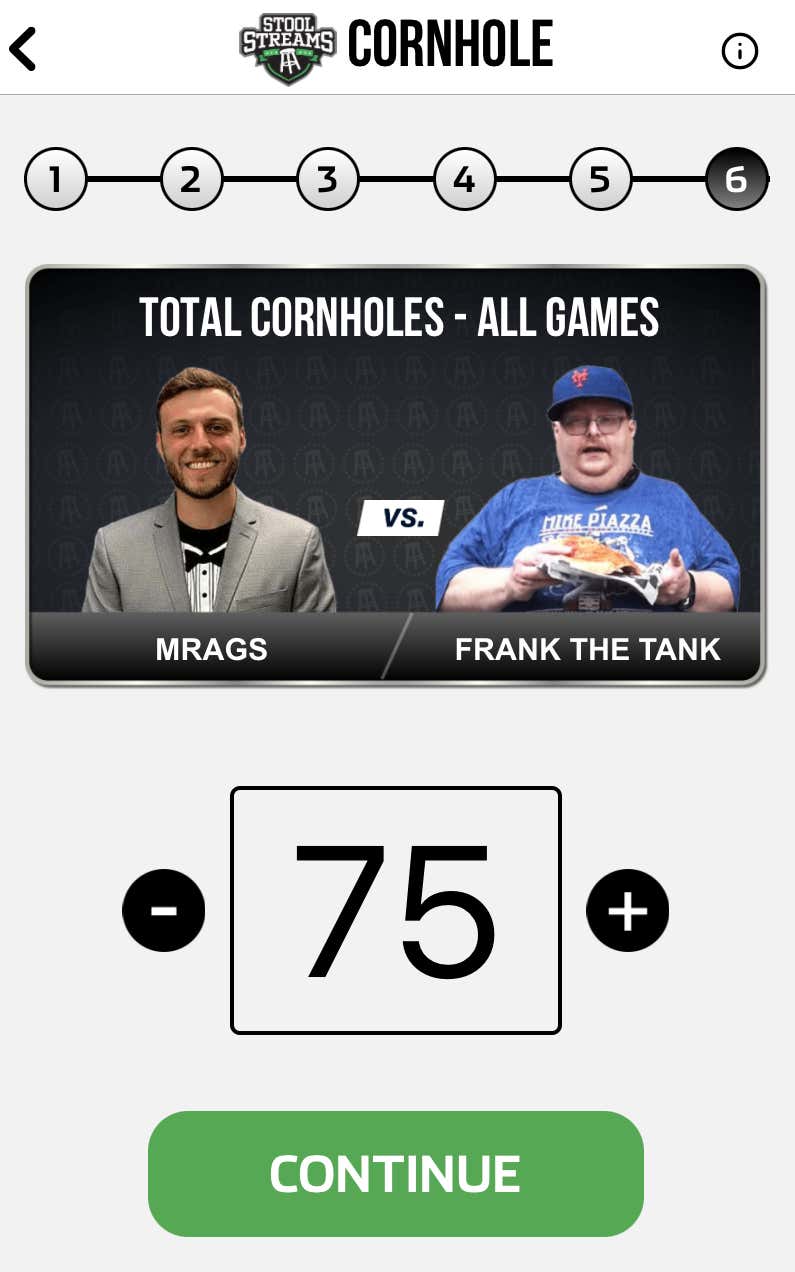 First pitch is at 2 PM ET. Remember to make your picks and we will see you then. If you need to burn some time before we hit the air, here are some other matches from previous broadcasts.