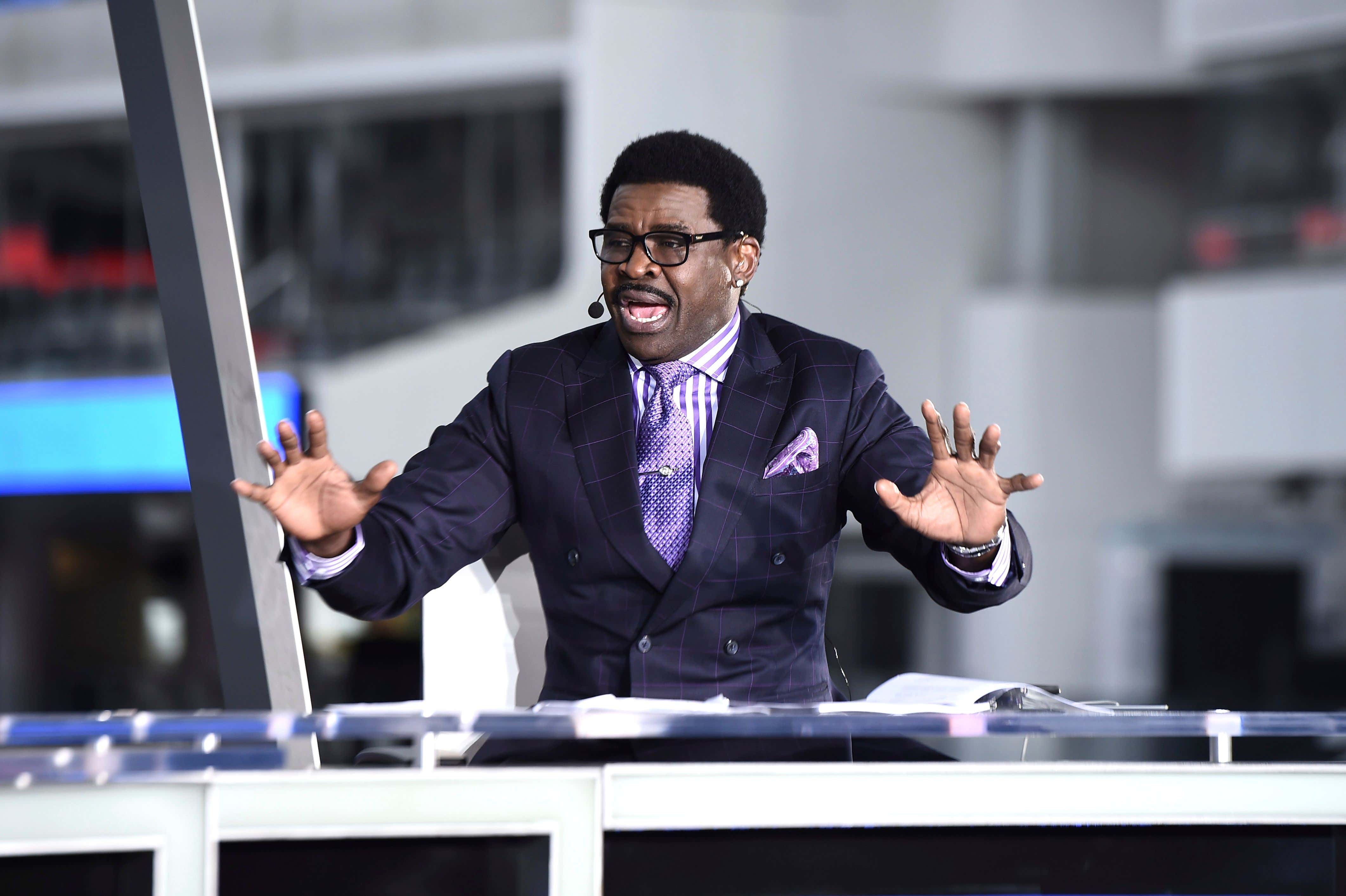 While the Cowboys have not reached the vaccine threshold, their percentage of vaccinated players is not known. A source told ESPN's Kevin Seifert that 13 NFL teams have reached the threshold.

I don't know why we, as a country, didn't think of this sooner. There's nothing more powerful and persuasive than football brain. Michael Irvin is the kinda guy who makes the vast majority of his decisions based off of football brain and it's been nothing but success after success. Miami, Dallas, television, Irvin simply does not miss. For something that has been so wildly politicized, for reasons I still cannot comprehend, Irvin saw the answer all along: do you or do you not want to win?

Football brain will cause you to launch your 200 lb body into a 250 lb body running full speed at you, slowly get up and have your 300 lb teammate crack you over the head in celebration of a job well done. Football brain willed Tom Brady into playing an entire season on a torn MCL; he never once even considered being able to walk for his children's graduations, because it was irrelevant to winning a Super Bowl. Football brain had Ronnie Lott amputate his own finger mid-game so he could keep playing. Why he didn't just play with the broken digit if pain clearly wasn't an obstacle for him, I'll never understand. But that's because I'm trying to apply regular logic to football brain logic, which doesn't work. Our leading heath experts have tried to teach people why they should get the vaccine using science and idiotic shit like that. It has not worked. So it's time to pivot away from traditional logic and embrace nationwide football brain. Because all football brain is focused on is the end result: victory.

Outside of jokes about football brain, he's just simply correct about this within the context of this season. Given the guidelines the NFL has put forth towards its COVID protocol, you really can't tell me you give a shit about winning - or even sticking around in the League - if you opt out of getting the shot. You can't use the weight room as often, you don't get to build any camaraderie with your teammates, you can't leave your hotel on the road, you will probably end up missing games due to inconclusive daily testing. I'd imagine that if you came into camp as the 48th man on the roster and aren't vaccinated you probably aren't making the roster this year. Because football coaches have extreme football brain. The best ability is availability. If you aren't as likely to be available as someone else with an extremely similar set of skills and talent level, every coach on the planet is taking the guy who can eat lunch with other people.

Are these elite athletes healthy enough to beat this virus without the vaccine? The overwhelming majority of evidence from the last 18 months says yes. That's never been the point, but yeah Von Miller is ok, finally. Does the NFL give a single, solitary shit about individualism or opinions from its players? Every shred of evidence over the last 100 years says no, no they do not. People can be as outspoken as they want, it's a free country, but the NFL really does not care about its players and their little thoughts. Something tells me the Toronto Argonauts are about have an influx of talent over the next couple of months.