For the first time ever, I have doubts about Suns in Four (it's a lifestyle).

I still think it might happen, but yeah. I’m a little shook. I’ll admit it.

Could it be the Chris Paul injury that he won’t admit to having that is making him play like ass? Could it be Mike Budenholzer who drastically changed his ways and adjusted for the first time in his playoff career? Could it be Giannis turning into a 90% free throw shooter because the crowd counting down actually gives him rhythm?

Or maybe it’s Giannis turning into a gigantic playmaking guard that everyone dreamed Ben Simmons could be. Someone MUST have given Giannis the same thing they gave skinny-ass Steve Rogers when he turned into Captain America. Even if he doesn’t have a bag (look up the definition of that very specific basketball term before chirping me) he’s been incredible. Game 5 (not game 6) was maybe a better overall performance than he had when he put up 42 because he was doing legitimately everything. The Suns built a wall, and Giannis still found ways to do whatever he wanted.

I don’t know. A lot of doubts are running through my head.

One thing I don’t doubt anymore is that I was VERY wrong about the Bucks being the worst team to ever make the Finals.

Cringed my way all the way across social platforms to a million views on this one.

Listen… You have a thousand takes in a season, a few are bound to be wrong. And despite what trolls want to say, I never proclaimed to be an analyst. I work at BARSTOOL SPORTS. Not ESPN or Washington Post or USA TODAY. We get paid to give our opinions, not our analysis. By the common man or woman for the common man or woman.

So yeah, was it a little early to call the Bucks the most overrated team in Finals history? In hindsight, yes, it was. I was wrong. This Bucks team was much more resilient than I thought. But let’s face it, the last three years gave no one ANY confidence. They folded like a cheap lawn chair. Now? The Bucks adapt, they adjust, and they grit it out to find ways to survive and come up huge in big moments. They play game-winning on-the-ball defense and put pressure on both sides of the floor. Its different than it was the last few years. LIKE REALLY different.

Who could have seen that coming?

I said this back in early February when the Pelicans were imploding. Why were the Pels bad, and eventually so bad they missed the playoffs and got their coach fired?

What I said at the beginning of the season was that Jrue was a transformative player. I later put him in my Top 5 Franchise Changing Players, and people killed me for it. People clowned this trade, then they came after me.

Listen, I get some takes wrong. I said Nate McMillan was a bad hire who flames out in the first round of the playoffs like clockwork, because he lost 9 of 10 first-round series. How was I supposed to know behind the scenes he had reinvented himself since getting fired in Indiana? So yeah in hindsight, that was an AWFUL take. And so was the Bucks being the worst team to ever make the Finals, even though I still think deep down the Suns pull this out.

And of course, when I’m wrong (and because I’m so annoying when I’m right), there’s nothing that my company loves more than to remind me of that and troll me when I’m wrong. 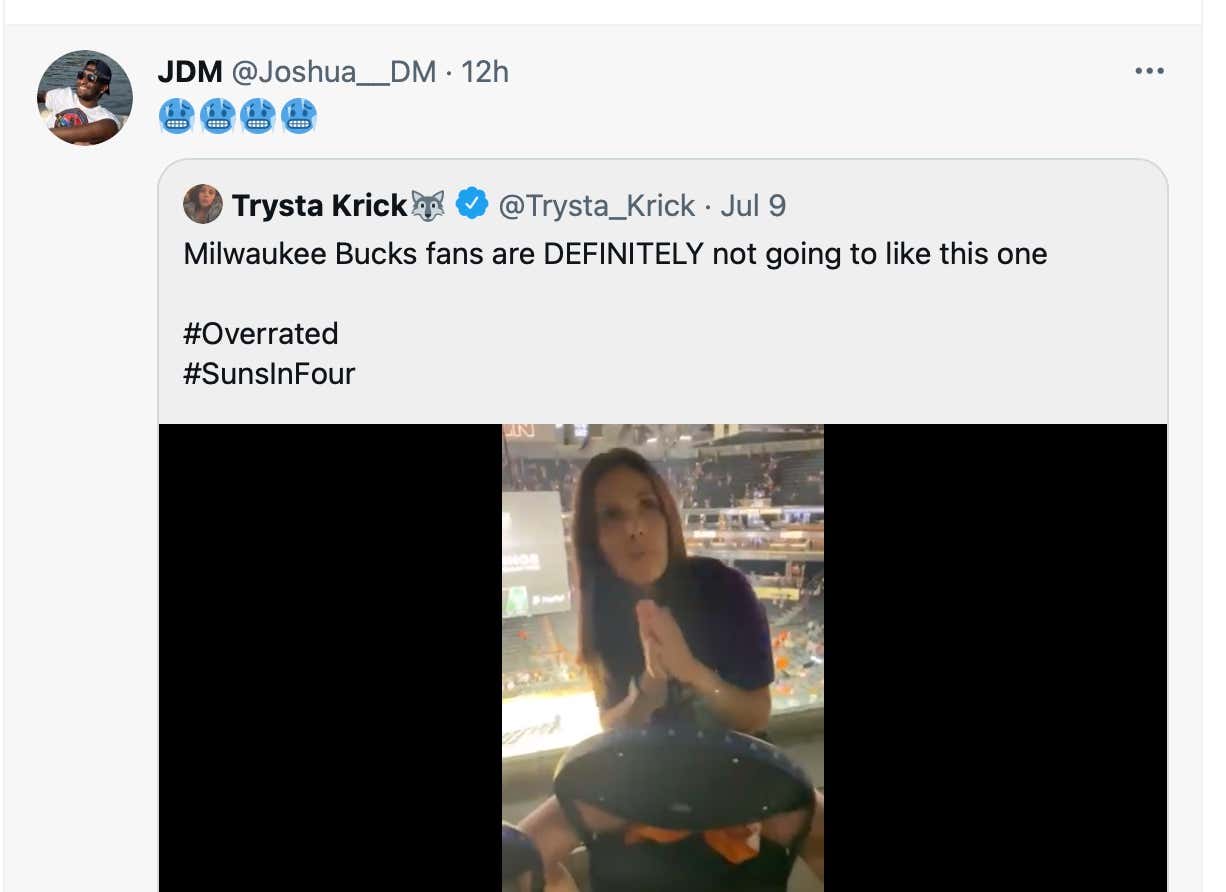 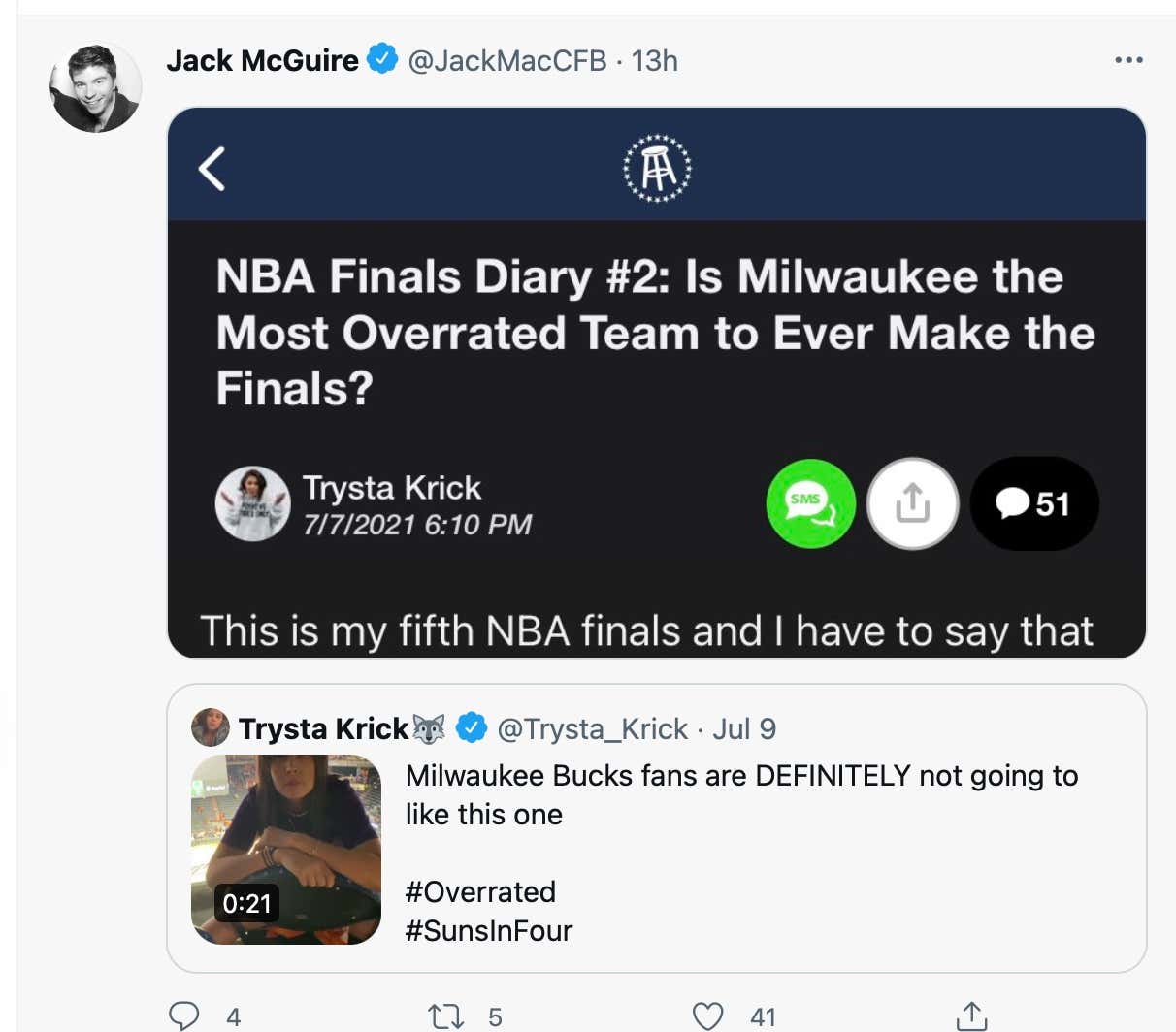 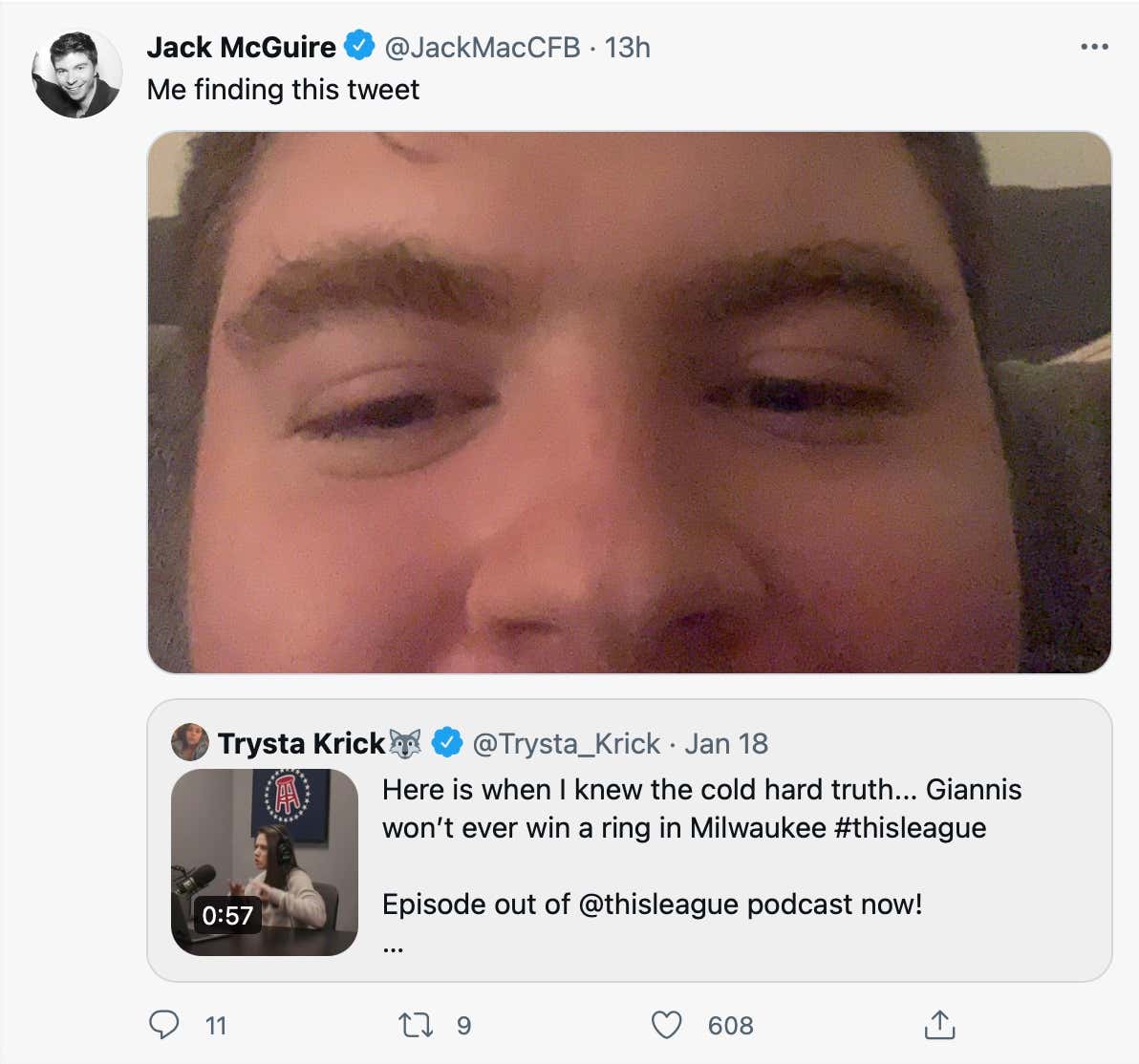 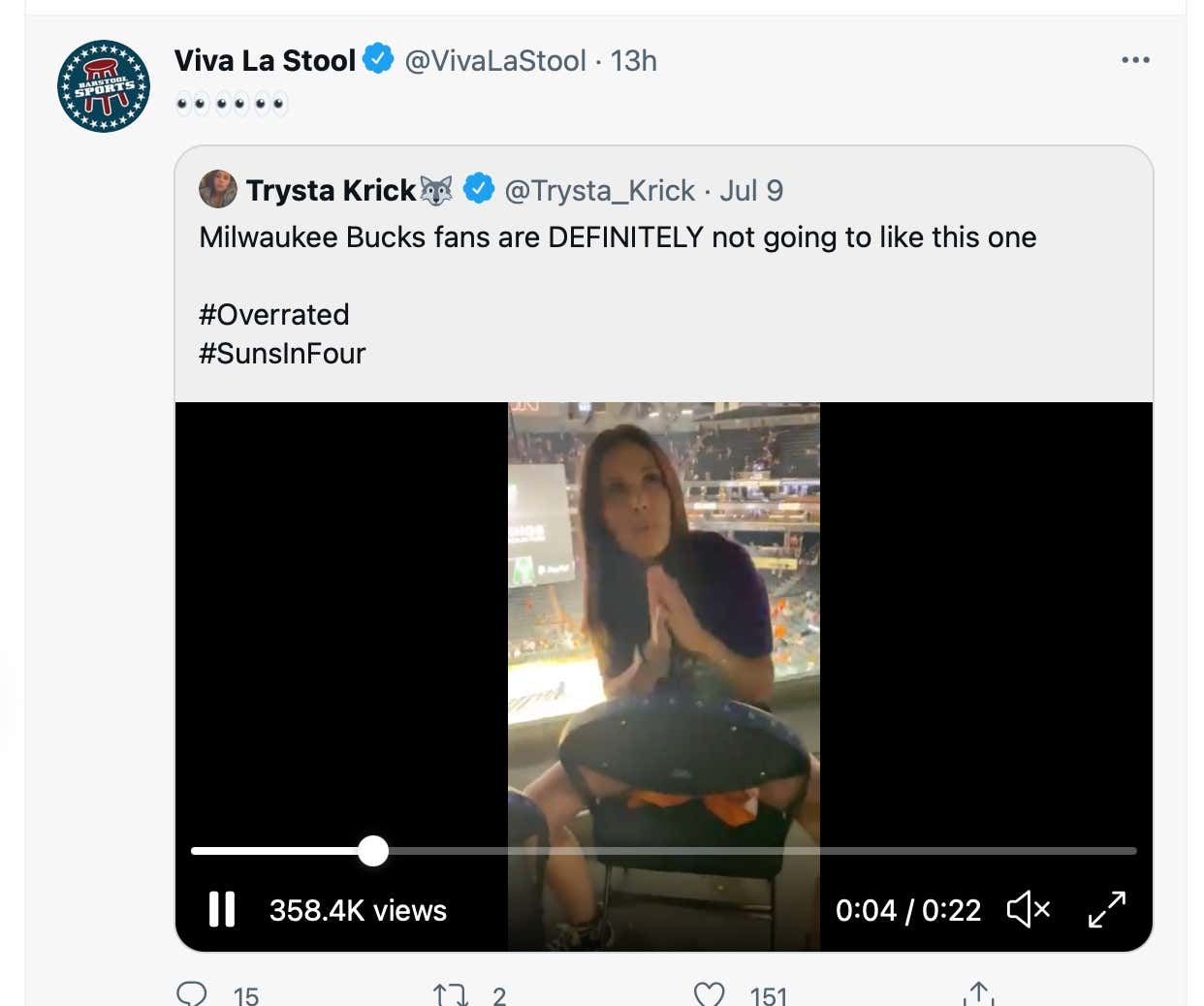 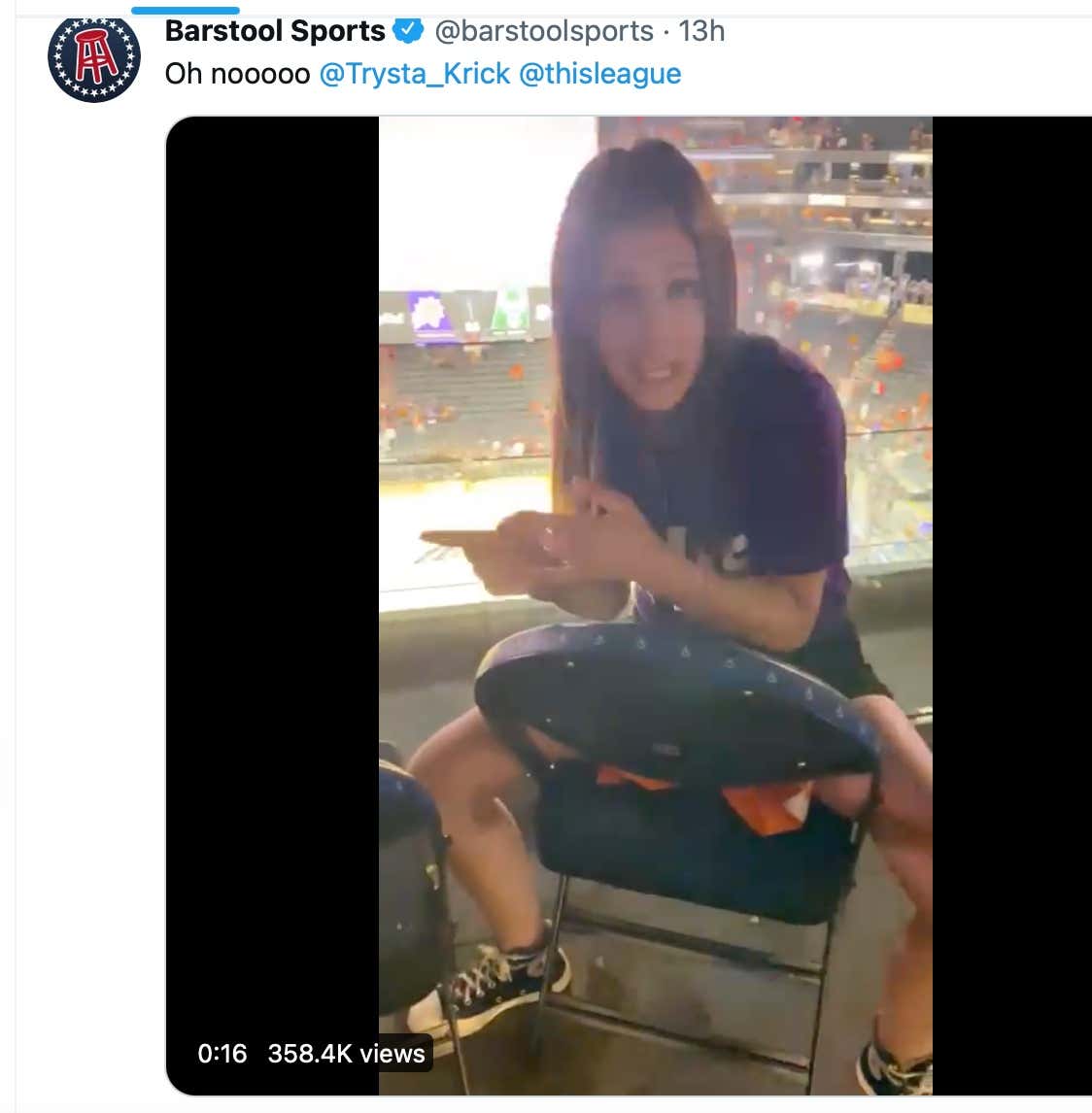 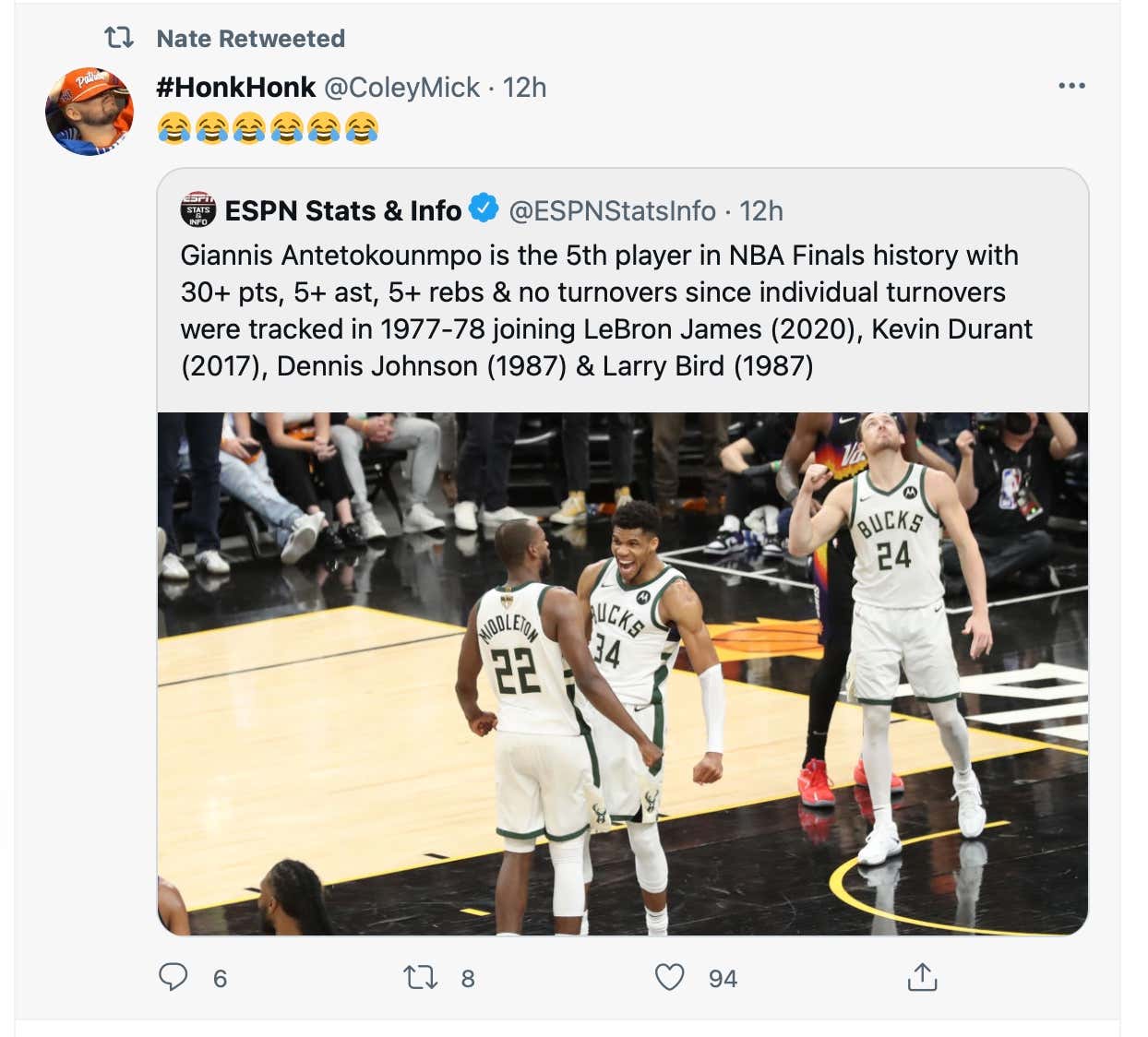 The Suns now have blown two consecutive games, and instead of having a parade on Monday in Phoenix they fly to Milwaukee to fight for their lives.

I still think it’s Suns in Four, but you know what?