People are addicted to apps.

Young people are glued to apps like TikTok and Snapchat.

Fat people are entranced by apps like potato skins and blooming onions.

Growing up, you could open the glove compartment in my dad’s Monte Carlo and you would find maybe 2 dozen paper plates. Each plate was covered in directions that were jotted down hurriedly because there was never a blank piece of paper near the one house phone we had in our kitchen.

Every year when we would go to the Ironworkers’ Local 40 Family Picnic, either my brother or I would have to dig through the other plates in the glove until will found the one for Krucker’s Picnic Grove in scenic Pomona, NY.

The directions were written in shorthand that was barely legible, but trying to decipher my mother’s handwriting and paying attention for upcoming turns made us savvy to our surroundings…. Like two little fat white Sacajeweas.

We became familiar with local roads and beyond. We developed some problem-solving skills when the inevitable turn was missed and we had to backtrack onto our original course.

Today, I don’t need to do any of that shit because I have Waze, and I use it wherever I go.

Directions… Traffic alerts… Speed-trap heads-ups… Waze has it all.

So something as important as knowing where I am is one less thing I need to care about, which frees me up to foster this goofy fucking mustache. 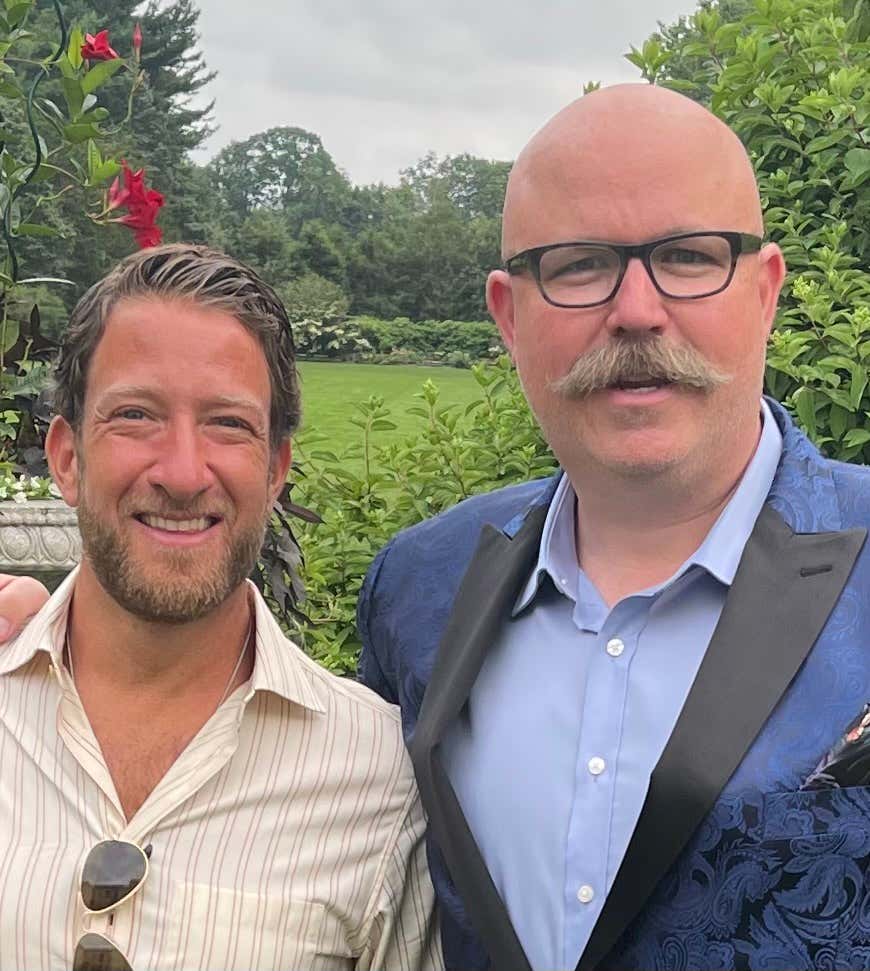 But back to Waze… The app has a default voice that gives you directions and alerts. I believe the original bounce was a British guy who spoke perfect English.

And every now and again, the app will offer other voices to coincide with holidays or paid promotions.

I click on Santa to give me directions around Christmas… “Ho-Ho-Ho!… Bear left at the intersection.”

I clicked on Arnold’s voice when he was promoting that last Terminator film… “Turn left, NOW!”

And last month, Waze offered yet another voice for me to click on, and it was inexplicably Boy George.

Perhaps it was to coincide with Pride Month or maybe BG has a new album dropping… Either way, for the first time in my life, I questioned Waze’s direction.

The guy justifiably freaked, found some adrenaline-fueled super-strength, broke free of his shackles, and ran out of the flat stark naked while Boy George gave chase, whipping him with chains as he fled.

Cops came, yadda-yadda, and eventually boy George was sentenced to 15 months in prison.

This is not to say, Boy George should be canceled. But it is saying that I couldn’t imagine cruising around and having his distinct voice come through my speakers without imagining him also telling me to bring my knees up to my chest and brace myself for an unwanted drug-addled violation from a couple of perverts.

I think I'm going to flip back over to Santa's voice for the time being and think of happier times on my way to Krucker's.