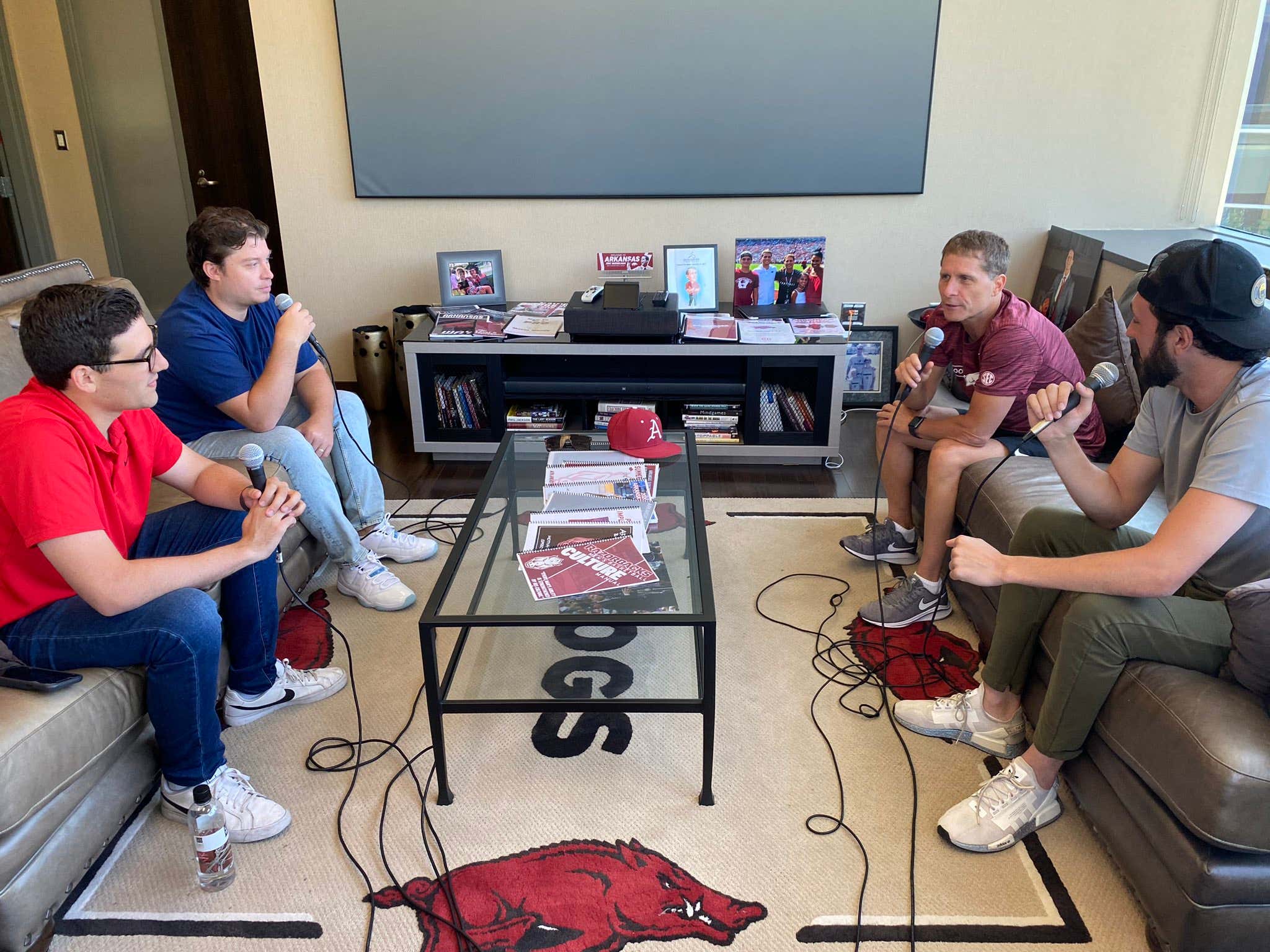 Our second day in SEC Country was nothing short of eventful. We started things off back at the Arkansas practice facility where we recorded an interview with Razorbacks Head Coach Eric Musselman. Look out for that drop on Thursday's episode of the Barstool Bench Mob. We touched on everything ranging from the NIL era, reminiscing on the Elite Eight run in the 2021 season, the amount of transfers he has taken in, and much more.

After our sit-down, it was time to get some lunch before practice. Coach Musselman and his staff took us over to the Jones Student-Athlete Success Center. Throw out what you hear about on-campus dining halls, because this food was tremendous. After a night of catfish and some chicken tenders, I redeemed myself with a turkey wrap and kale salad. Took the safe approach ahead of an eight hour drive to Tuscaloosa. Marty and Rico, on the other hand, rolled the dice with some stir fry. I am writing this with three hours and 40 minutes left in our drive, and they have had no issues yet. That's a win.

It was then practice time for the Razorbacks, and Rico went back to his natural habitat: running the clock.

If you know Rico Bosco, you know he's a HUGE merch guy. The good news? He got his gear. Unfortunately, I stole the spotlight after a horrific handshake/hug attempt with Coach Musselman.

Hand up. That was bad. If Coach Muss didn't invite us back because of that, I would totally understand. But you know what people aren't talking about? The redemption.

This is similar to the Virginia turnaround from losing to UMBC and then bouncing back and winning it all the next year. There is no time to dwell on the error. It's all about looking ahead to the next play, to put it in sports terms. Anyways, we hopped in our rental minivan at around 3:30 PM CT, and should arrive in Tuscaloosa at around 1 AM. We're actually stopping at a huge Bass Pro Shops in Memphis right now. Tomorrow morning, we meet with Alabama Head Coach Nate Oats and dive into the Crimson Tide culture. We'll see you on the other end.