Remember earlier this year when Jason Sudeikis gave THAT acceptance speech at the 2021 Golden Globes for his incredible work in Ted Lasso? Well, in a recent interview with GQ he denies being high or heart broken.

Tom Ford had sent over a suit for Sudeikis to wear, and he tried it on, in his flat in Notting Hill, but he felt ridiculous, there in the middle of the night, and so changed out of it and into a tie-dyed hoodie made by his sister's clothing company. “I wore that hoodie because I didn't wanna fucking wear the fucking top half of a Tom Ford suit,” he said. “I love Tom Ford suits. But it felt weird as shit.”

For the record, “I was neither high nor heartbroken,” Sudeikis said. It was just late at night and he didn't want to wear a suit. “So yeah, off it came and it was like, ‘This is how I feel. I believe in moving forward.’ ” - GQ

Okay so it was the middle of the night in England, he was totally stunned, and he didn't want to wear his Tom Ford suit (humble brag). Sure that's all totally fine, but come on.... 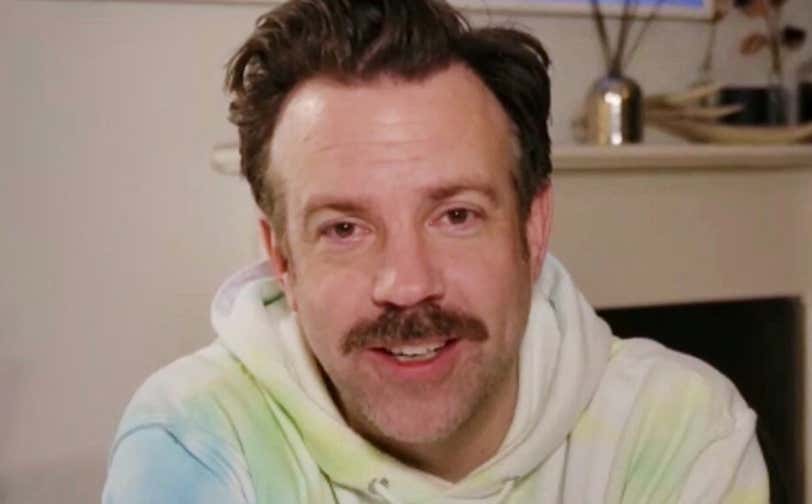 Now no one is here to judge. It's 2021 and we were in the middle of a pandemic. Plus factor in his beloved Olivia Wilde had just left him. Arguably no better time to get high as giraffe pussy if you ask me. Still wanna deny it? Listen, that's your call, but not sure that's changing anyone's mind.

In this GQ interview Sudeikis also touched on the split with Wilde. This quote below is something else. Wish I had this one stored away during my senior year of college.

And you know what? Not only is that maybe the best breakup mindset to possibly have, but now he's onto Keeley Hazell. He won as far as I'm concerned.