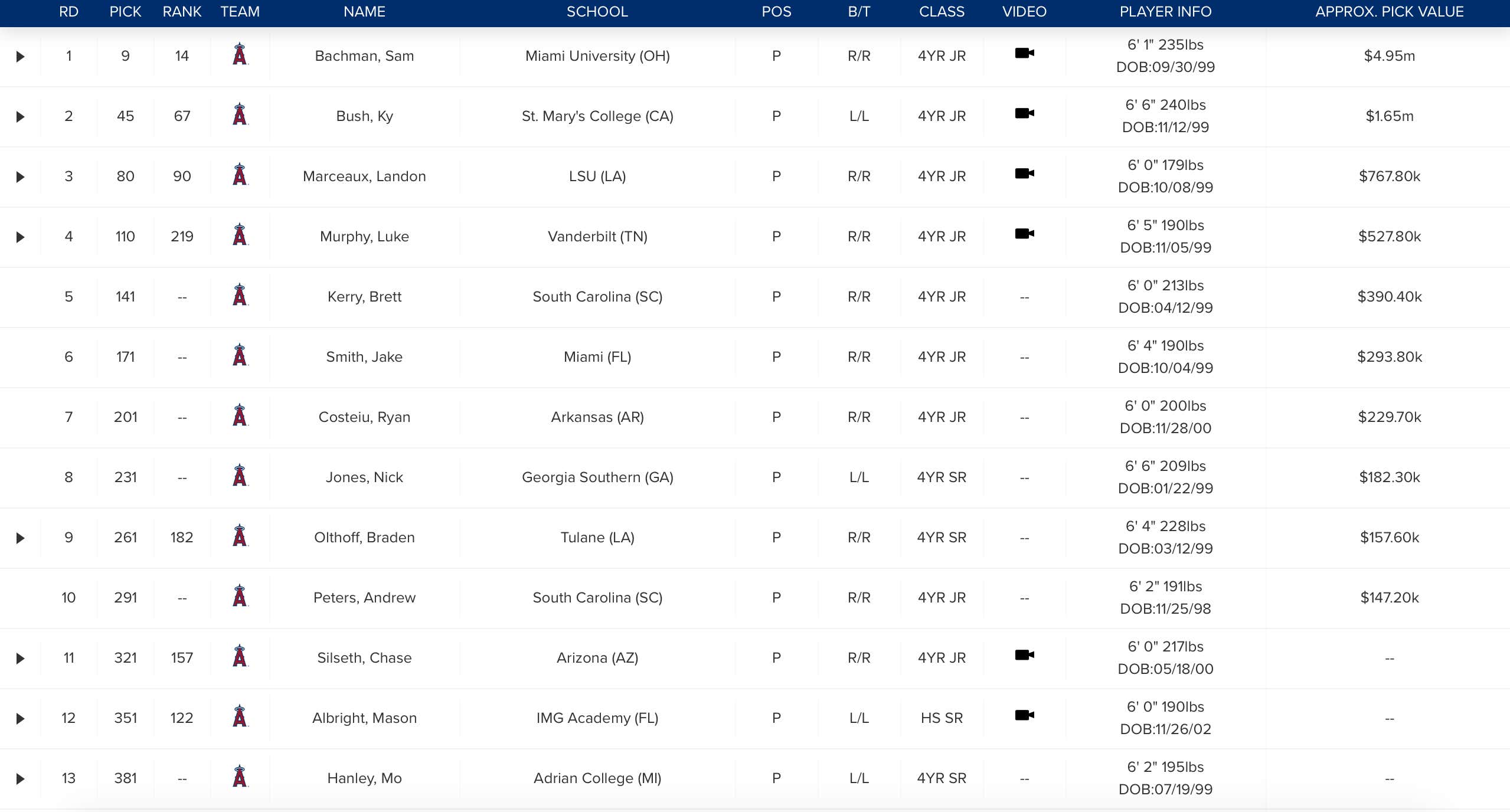 So do we think the Angels needed pitching help? Do we think the Angels even scouted anyone that wasn't a pitcher, I doubt it. They just used all 20 of their draft picks on pitchers. Every single pick. I love the strategy, your team has a ton of talent with Shohei Ohtani, Mike Trout, Justin Upton, David Fletcher, Anthony Rendon and some others, but besides Ohtani and maybeeeee Alex Cobb, who is getting up there, they have 0 help on the mound. These guys won't help this season but they're bound to find a few guys who could help on the rubber out of this group, right? Just using simple math you have to figure they can't miss on ALL 20 picks, can they? If there is a team that can do it it's the Angels though, they've found a way to screw up having 2 generational talents on the same roster. This is like me in Madden when I played with the Titans and their only good receiver was Drew Bennett, I'd draft a billion wide receivers and load up on them. The strategy is amazing, just amazing. Forget the bats, we will grow the arms. Going to be a lottttttt of guys attending pitchers and catchers next February for the Angels, they for sure won't have enough lockers. And this also has to send a message to their pitching prospects right? I get you can't have too many pitchers, but this shows they don't have faith in ANY of them, except maybe Reid Detmers and Hector Yan who both appeared in the Futures Game. What a performance by the Angels scouting department. Oh, you were scouting right fielders? Fuck off buddy, the 2021 Draft is pitchers only in Los Angeles. This was one of the more incredible drafts I've ever seen in any sport.