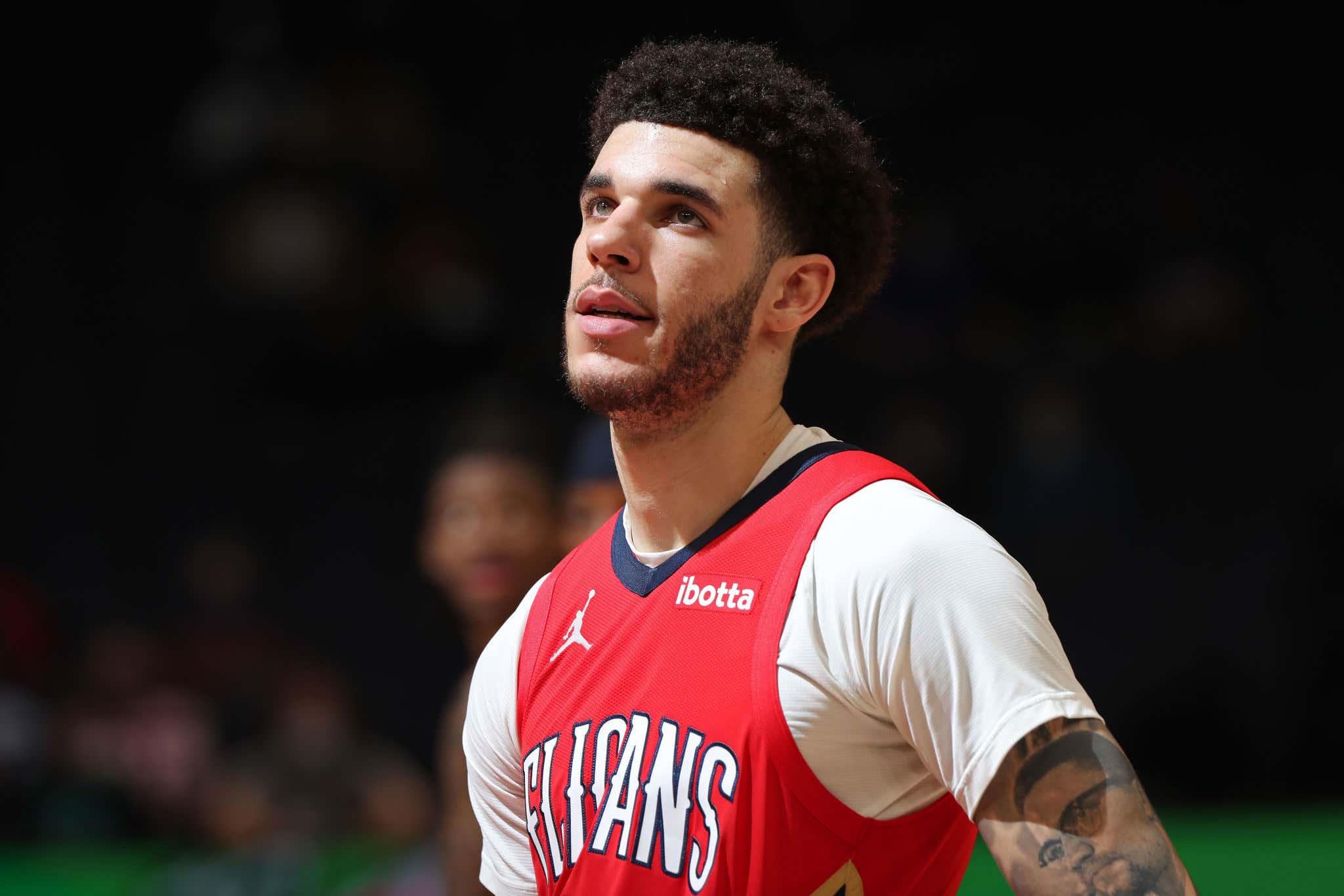 In a pretty shallow free agent point guard market, Lonzo Ball is probably close to the top of the list of potential options. I'm someone who doesn't think Chris Paul is going anywhere even if he turns down his player option, and guys like Mike Conley/Kyle Lowry/Goran Dragic are getting up there in age. Unless you're dying to bring Dennis Schroder into your rotation which why the hell would you, Lonzo is an intriguing option for teams with potential cap space. There are depth guys out there like Derrick Rose, Patty Mills, Reggie Jackson, Lou Williams, TJ McConnell etc, but I'd rather have Lonzo than any of those guys. This news is especially interesting if this Shams report is accurate and the Pelicans have no interest in matching a big offer in RFA.

For a while now I've had a lot of Celts stoolies tweet at me that the Celts should be in on Lonzo, but when you look at the financial side, it's highly unlikely. But hearing the Clippers and Bulls are going to be in on Lonzo does potentially impact the Celts and their ability to address an offseason need. Let's say they make the necessary roster moves in order to be able to offer Lonzo a big offer sheet and the Pelicans decline to match. That most likely means they are not going to guarantee Tomas Satoransky's full $10M.

At 29 and 6'7, he does check a few boxes that intrigue me as the Celts look to improve the depth on their roster.

For starters, he's not 5'9. That is attractive to me. While his three point shooting is a little sporadic, he's fairly efficient from the field. He shot 51% in 58 games last year and is a career 47.7% shooter. He's a willing passer as a reserve guard with 4.7 assists in his 22 minutes last year after back to back years of over 5.0 assists the previous two seasons. I'm pretty interested in his 27% AST%. His $10M fully guaranteed deal doesn't kick in until 8/1, and as of now it's only $5M. For a team that just had to give a bunch of picks to ORL for Vucevic, is it possible you could snag Satoransky for a 2nd rd pick and absorb him into the remainder of Hayward's TPE? Cap wizard Keith Smith let me know that you have to be able to absorb that full $10M in a trade. The Bulls definitely don't want to lose him for nothing and they don't need him with Lonzo/Coby White on the roster, so it's an interesting idea. There's also the chance that Daniel Theis leaves in UFA and the Bulls suddenly need front court depth, which is where Tristan Thompson's $9M could come into play as well.

Defensively, things aren't great. That's the downside, but who knows maybe that can improve under Ime Udoka's system. Satoransky is an interesting option because he does have starting experience but also looks to be comfortable coming off the bench which the Celts roster could certainly. It's not like the Bulls and Celts don't have a recent trade history, they gifted the Bulls Daniel Theis, so maybe this could be a nice little favor back the other way.

On the Clippers side, if they are in on Lonzo that probably means they know Reggie Jackson is a goner, but he's going to be too expensive in free agency for the Celts to be in on.

With the likelihood that Lonzo stays in NO decreasing what seems like by the day, this is definitely a situation for all Celts fans to keep an eye on. It addresses an area of need with a player that does have the size/skillset that is somewhat attractive based on what this roster needs. Remember, they can't let that Hayward TPE expire and an option like Satoransky might be their best opportunity to use it this summer.