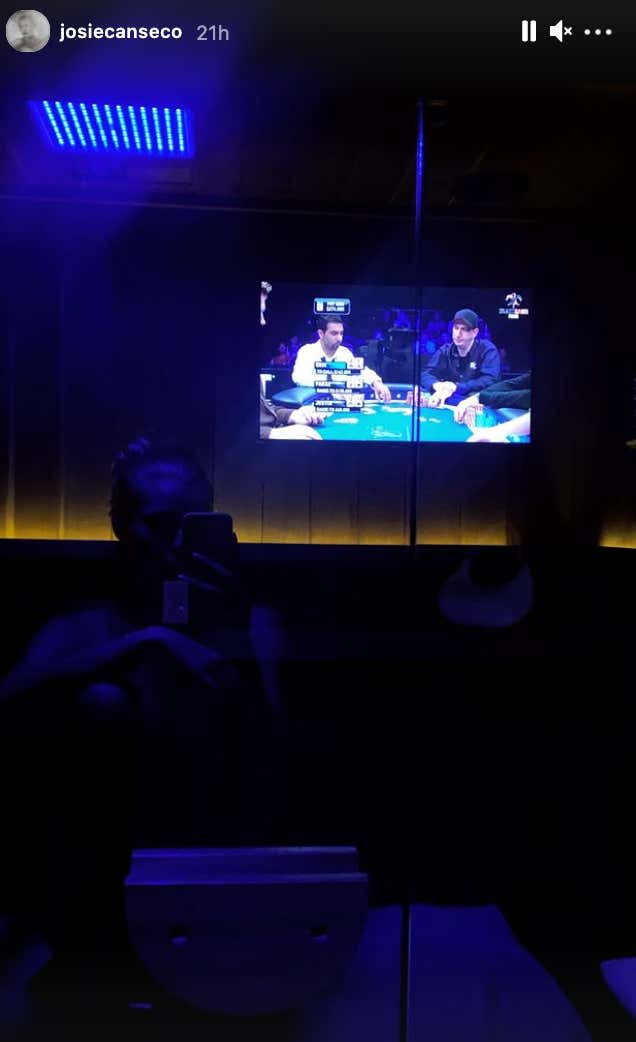 Here I am scrolling Instagram when I see none other than Erik Seidel on my feed. Absolute legend, for sure. One of the best poker players of all time. But whose story did he appear on? None other than Josie Canseco, an absolute rocketship who now I neeeed to know- is she a poker fan??? Does she prefer cash games or tournaments? And most importantly, does she want to come on Cracking Aces?

I mean, is there anything better than flipping through the channels at 1am and coming across and old WPT episode on a channel that you didn't even know existed? It's a shame the old Poker After Dark and High Stakes Poker episodes aren't shown anymore, because stumbling upon an episode with Ivey, Durrrr, Gus, Doyle, and the rest of them was 1am with Dominos gold. Scarfing down a slice of pizza, watch Tom Dwan take no prisoners, that was the peak of life.

I always loved seeing the stacks of money on the table too.

They still have new episodes of PAD and High Stakes Poker over on PokerGo, which I highly recommend if you're a poker fan. It's fairly cheap and they have so much poker content, both old and new, with the top players going at it. Definitely worth the subscription.

We have a new episode of Cracking Aces dropping tonight where we talk about Ben Mintz's WSOP run from 10 years ago, my trip to Colorado playing live poker for the first time in over a year and a really tough hand that I played, our thoughts on slowrolling, and much more. Was our best episode yet, subscribe on iTunes to get it when it drops:

And you can buy merch here. I really suggest the lightweight hoodies, they fit great and are the best weight ever, not super heavy like the other hoodies.

PS: I want to keep this blog SFW so if you're interested in more Josie, I suggest following her on IG.