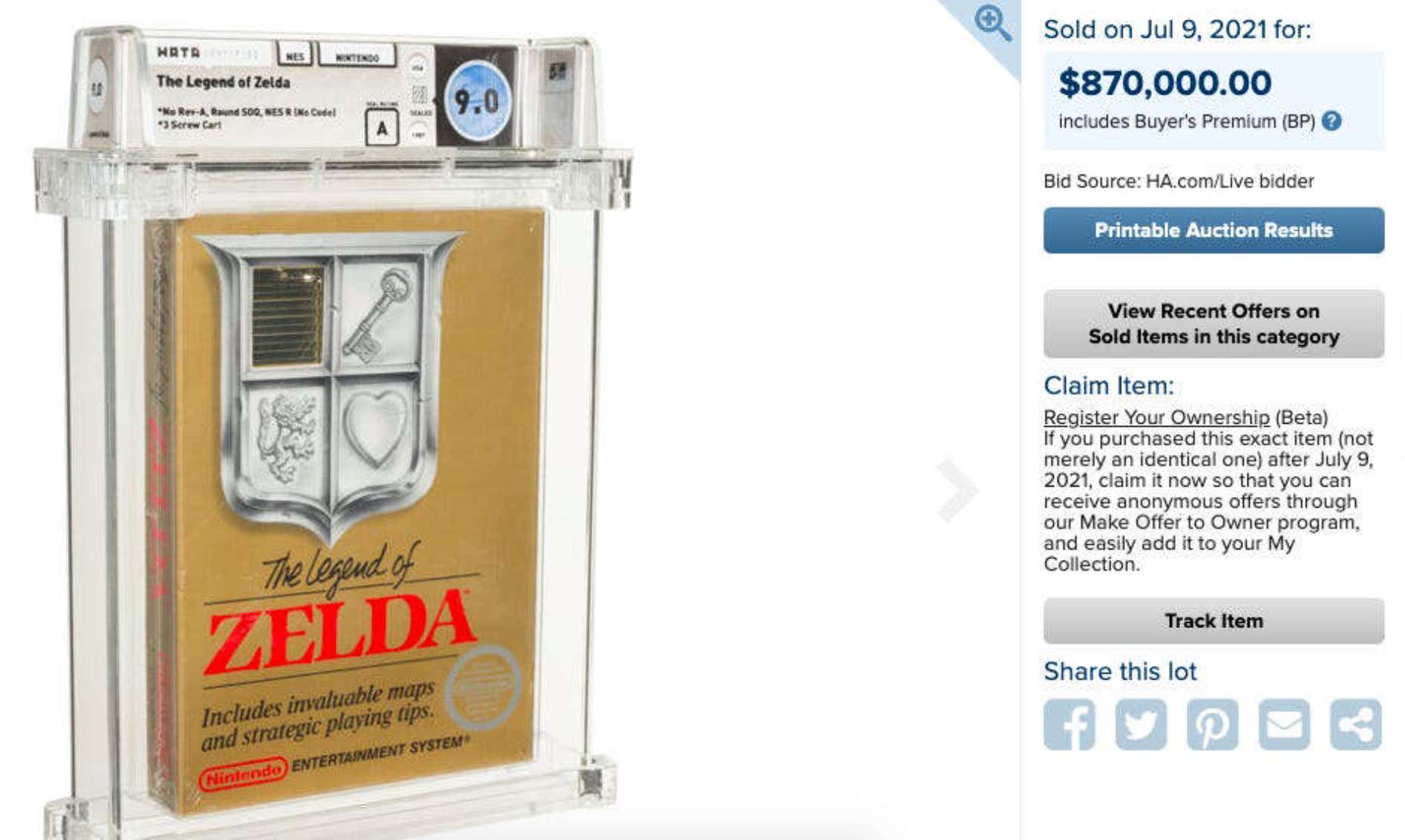 The Verge - A sealed copy of The Legend of Zelda for the NES just sold for $870,000 at Heritage Auctions, breaking the previous record for the most expensive game ever sold (as far as I am aware, at least). That record was just raised quite a bit in April when a copy of Super Mario Bros. was auctioned for $660,000, a price that more than quadrupled the previous known record.

Maybe hoarders are onto something. Maybe we truly should never open anything or throw anything away. Buy things, hold them for 30 years, and then cash out. I don't care what it is, just hold, I suppose. Because while playing Zelda on NES was great as a child, and I do mean GREAT, you know what would be even better? $870,000 as an adult! Trading playing Zelda as a 5 year old for buying a boat as a 32 year old would be a great deal.

But then again, you never know with this shit. We all thought Beanie Babies were going to replace American currency. POGS were traded like they were covered in gold. And of course, Pokemon cards. I never was in on the Pokemon craze, it was just one of those things that never interested me. But when Pokemon was huge, everyone in school was bringing their binders of Charizards and Squirtles into class, to the point they were eventually banned from school.

Most people end up throwing away old relics. You move out of your childhood home and you leave the Pokemon binders behind, which your parents eventually toss out when they convert your bedroom into their art studio. But some people are a little luckier…

It's like finding an original copy of the Declaration of Independence at your local pawn shop. Finding your old Pokemon cards right now is just about the best thing that can happen to you. And to bring it full circle- at my parents house, in my childhood bedroom, I still have my Beanie Babies. I still have my POGS. But of course, as I said, I never once owned a Pokemon card. Dagger.