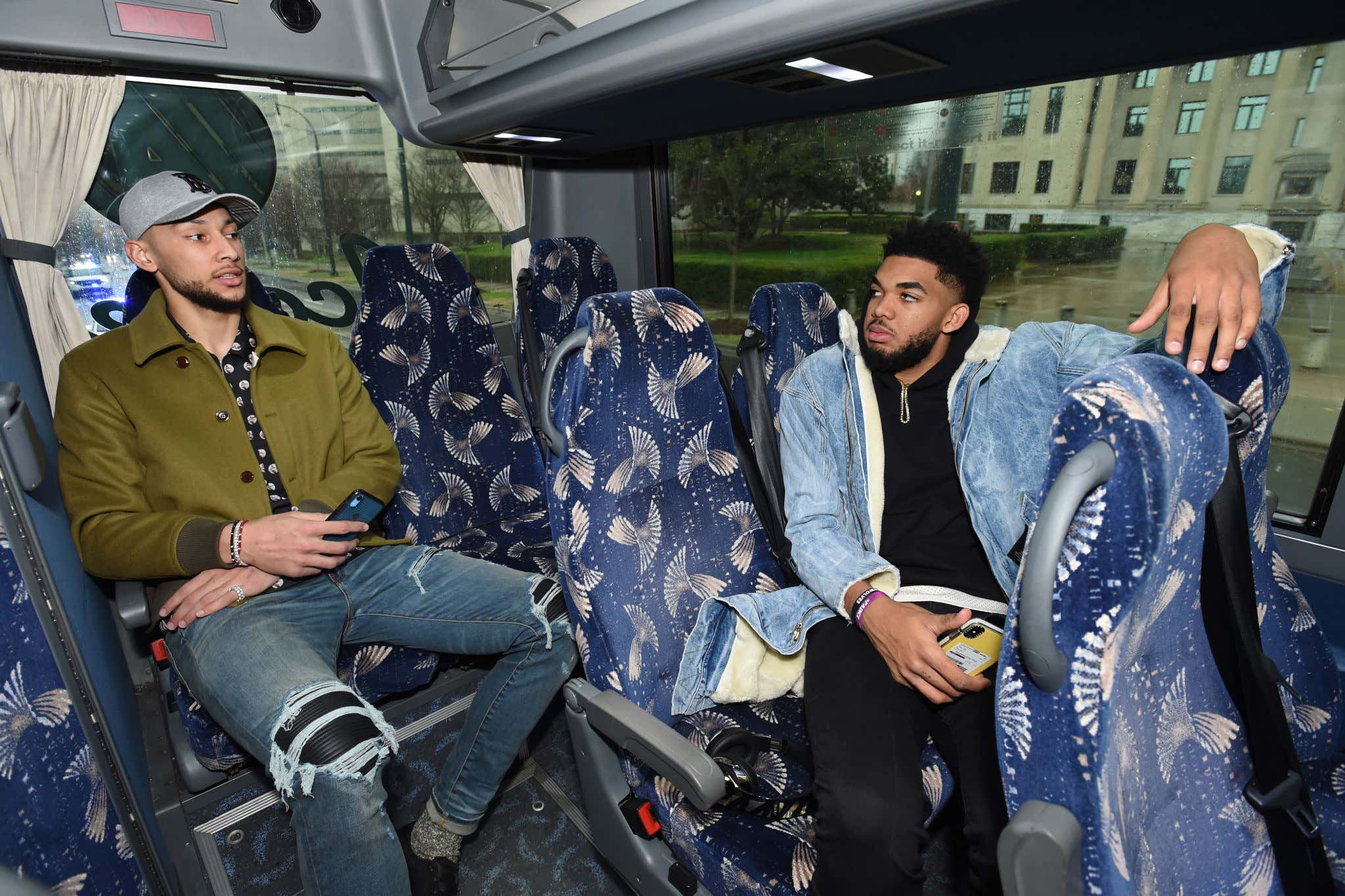 Without a doubt one of the biggest offseason storylines is what the hell the Sixers do with Ben Simmons. Can't exactly say his value is all that high right now, but it's also probably not as low as the internet will make it sound. He's still young and has elite aspects to his game. Simmons is also very flawed and has shown no real signs of improvement basically in any of his seasons in the NBA. His liability issues in a playoff series are real and will exist until he actually proves they aren't. There's also that whole max contract issue to deal with as well.

The conundrum is if the Sixers actually want to make it past the second round, how confident can you be that it'll actually happen with Simmons on the roster. We know Morey's starting point, he already turned down Malcolm Brogdon and a 1st and says he wants an All Star talent back in return. That's all fine and good, but he doesn't really have the best leverage. If the alternative is he holds onto Simmons, that might be detrimental to his team considering their coach and best player basically threw him under the bus after they lost to the Hawks. So if the plan is to move him, where the hell could he go?

If you follow this storyline on Twitter, you've heard the rumblings about someone like the Wolves potentially being interested. It's a little confusing to me that for a team looking to actually make waves in the playoffs that they are interested in bringing in a player who literally cannot see the floor in big moments during playoff games but whatever. Wolves gonna Wolve so to speak. The question now becomes what the hell does a package look like? 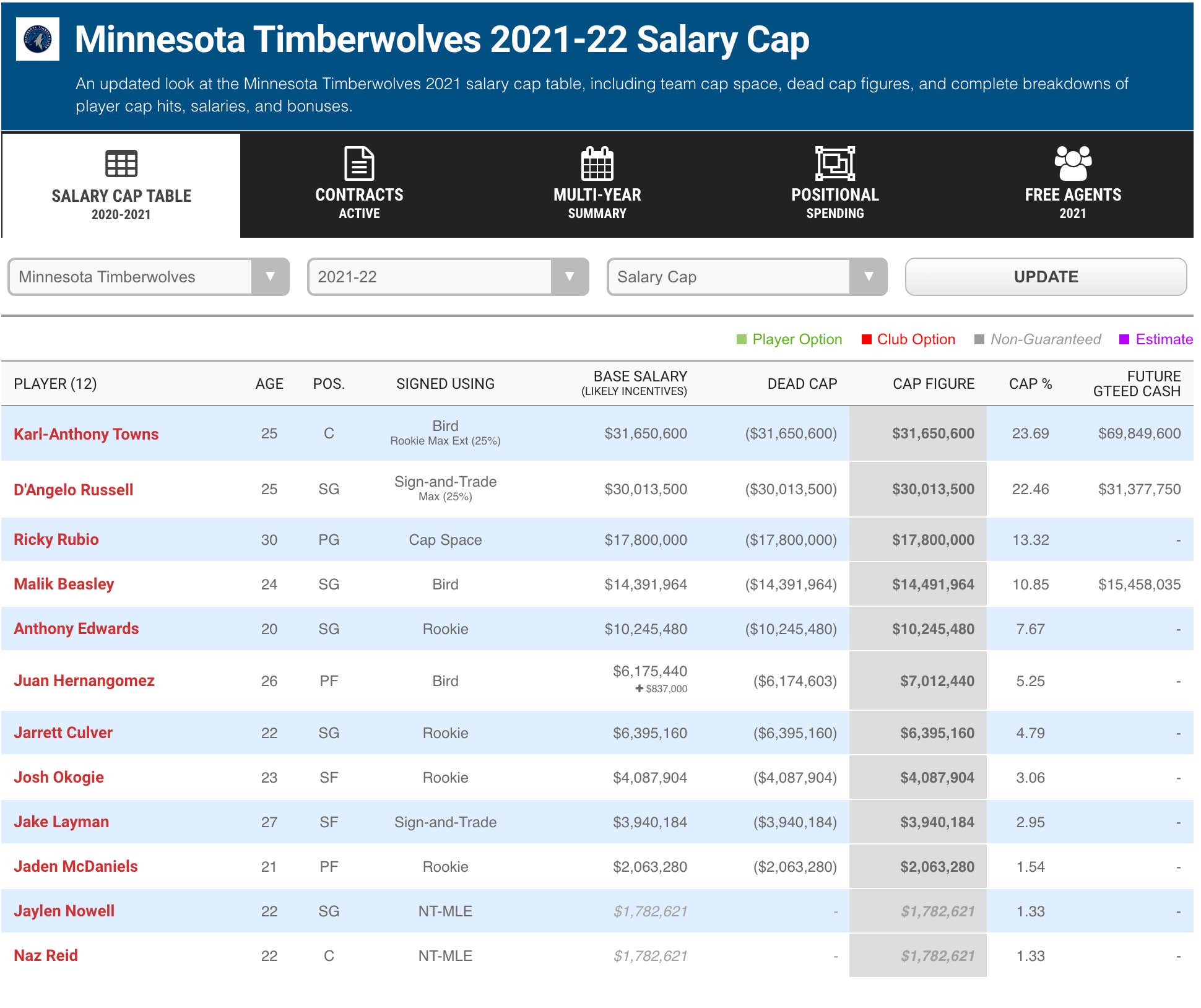 Essentially, the Wolves have to get to around $26M to pull this trade off. Given what the Sixers need, you imagine they are going to want D'Angelo Russell in return. He has made an All Star team, his age matches Simmons and he's someone who will actually shoot in the fourth quarter. You can also see there are ways to get to Simmons' contract total without giving up Russell, but why exactly would the Sixers do that? Is a package of Rubio/Beasley and filler anywhere close to enough even with some unprotected picks? I don't think so from the Philly side.

The Wolves need to be careful here though. It's no secret how important playing with DLo is to KAT, and their #1 priority is keeping that man happy. He is their franchise.

Considering DLo was hurt for the majority of last season and then the Wolves actually showed some signs once he got back with the trio of DLo/KAT/Edwards, is it even worth it to flip Russell for Simmons? How exactly does that help the Wolves? Defensively they improve on the perimeter, Simmons is a better passer for sure but it's not like Russell can't pass. He'll live around 6-7 assists a night while also giving you legit scoring. Shouldn't the goal be to surround KAT with as much shooting/spacing as possible?

That tells me that in order for this to happen, it would most likely have to be a 3 team deal or something, which are always a bit of a prayer. If you're the Wolves, you obviously make the call just to see if you can finagle a trade without giving up DLo or Russell. They'll most likely be told no, but you have to shoot your shot. I just fear for any Wolves fans out there that have been nothing but tortured for 16+ years having to deal with a reality of trading their former All Star PG and best friend of their franchise player for a guy that had KAT in a choke hold just 2 years ago

You're just asking for KAT to demand his way out, which deep down is every Wolves fans fear.