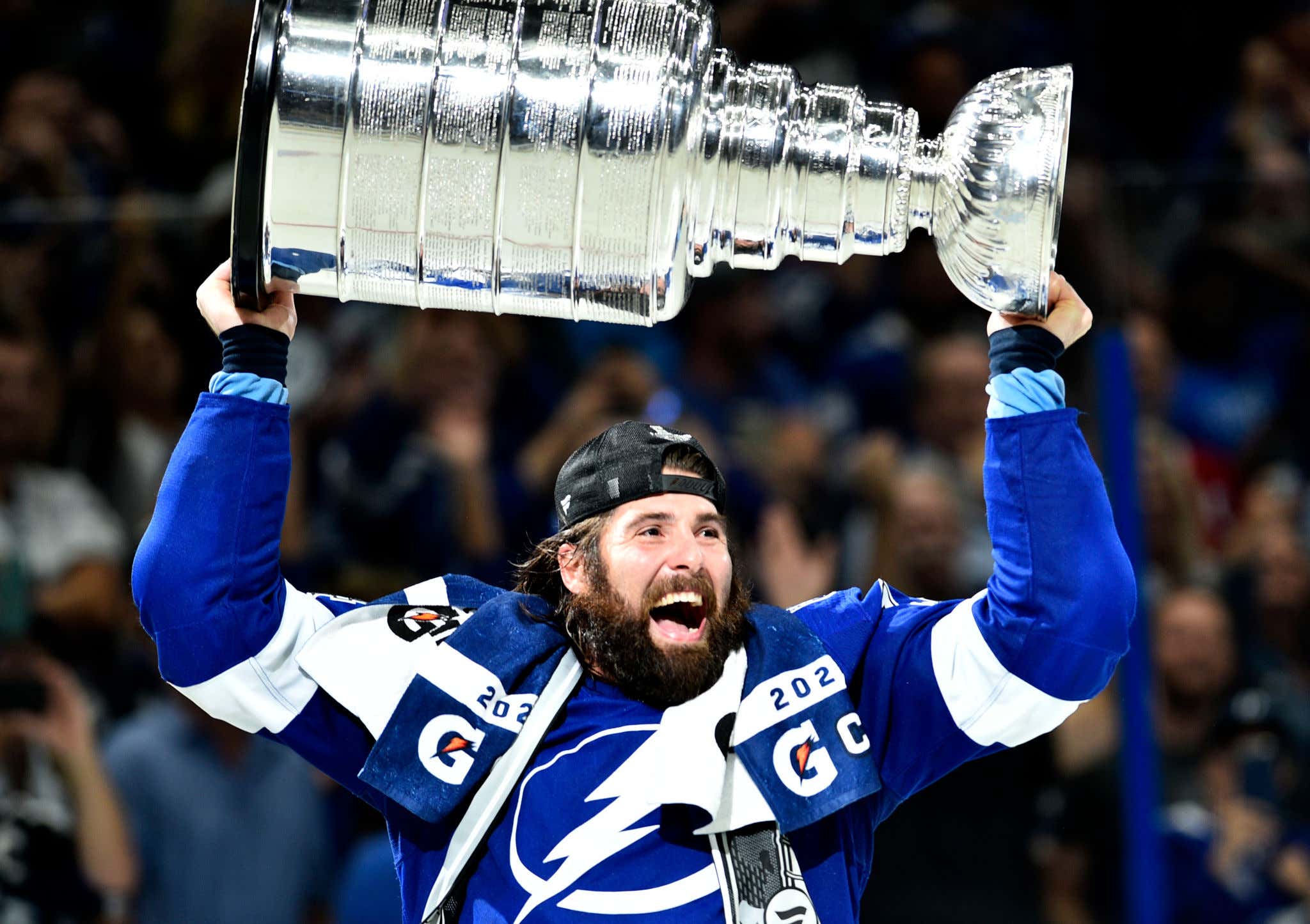 10x Art Ross Trophy winner. I don't think the Big Rig is every going to catch the Great One in that category. 9x Hart Trophy winner. Don't think Patty Maroon will catch up to Gretz in that one either. 894 career goals, 1963 career assists, Pat Maroon doesn't stand a chance.

But back-to-back-to-back Stanley Cup Championships? Well when you go down the list of NHL superstars who have won the most consecutive Cups in their career, you're going to find the Big Rig's name above 99 in that category. People lie, numbers don't. And the numbers right now are saying that Patrick Maroon is better than Wayne Gretzky in at least one aspect of his career. Doesn't matter how many points he scored, doesn't matter how many minutes he played, the numbers say it all. There are millions of people who have played this beautiful game of hockey before in their life. There are thousands of guys who have played in the NHL at some point in their life. The vast majority of them will never be able to say that they were able to accomplish something in their career that Wayne Gretzky hadn't done already, but Patrick Maroon can.

Again, it simply does not matter what you say. I'm sure a bunch of you bozos will be in the comments saying anything you possibly can to discredit Pat Maroon's contributions to this Lightning team. But the fact of the matter is that he's back-to-back-to-back. Guys go their entire careers trying to get their hands on Lord Stanley's Cup just once, and Patty Maroon has been living with this thing for the past 3 years.

By the way, he's still signed with Tampa for next season. You have to imagine that there's a team out there (cough cough, Toronto, cough cough) that is so desperate for a Cup that they're probably willing to send an absolute haul in return to bring Patty Maroon into their locker room and squeeze some more of that magic out of him. Tampa is clearly going to be running into some cap issues this summer. So maybe a team out there would be so desperate for Pat Maroon that they'd be willing to take on a larger contract as well to help Tampa get out of said cap issues. At this point you have to figure he's one of the most important players to a championship roster. The outcomes speak for themselves.

We can worry about all of that later, though. For now, Pat Maroon has a 3rd straight parade to get ready for. This man is going to be a total menace over the next 168 or so hours.