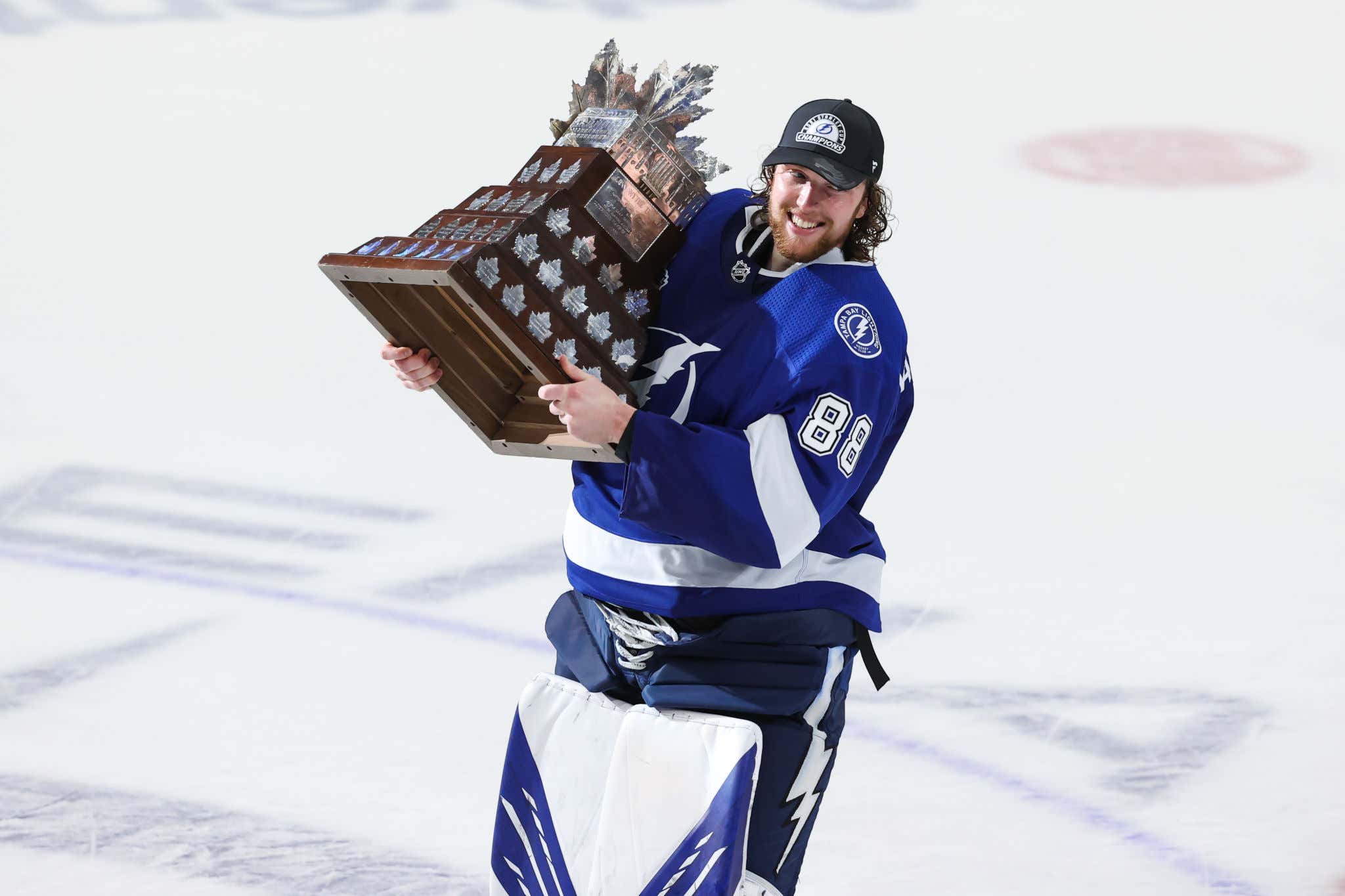 We'll have more about this run that Tampa went on tomorrow morning, but it just wouldn't feel right to let this night end without getting something up about this maniac. I mean what a performance we got to witness out of Vasilevskiy this season. What a performance we've been witnessing out of him over the past 3 seasons.

A Vezina Trophy in 2018-19. Leading the Lightning to a Stanley Cup in 2019-20. And then leading them to back-to-back Cups the following year while also being named the Conn Smythe Trophy winner. And oh yeah, he also happened to have 4 series clinching shutouts in these playoffs. This fucking mutant is the best goalie on the planet right now, and he wins his 2nd Cup just 200 feet away from Carey Price in the opposite net. It's incredible.

I thought the Hockey Gods would smite the Bolts for their dumbass mayor saying the team should throw game 4 in order to win the Cup at home in game 5. But as powerful as the Hockey Gods may be, they are simply no match for Andrei Vasilevskiy. And he's locked in for 7 more seasons.

Speaking of mutants, the Big Rig is going to be an absolute menace in his 3rd straight Cup Parade.

Have a night, Patty Maroon.