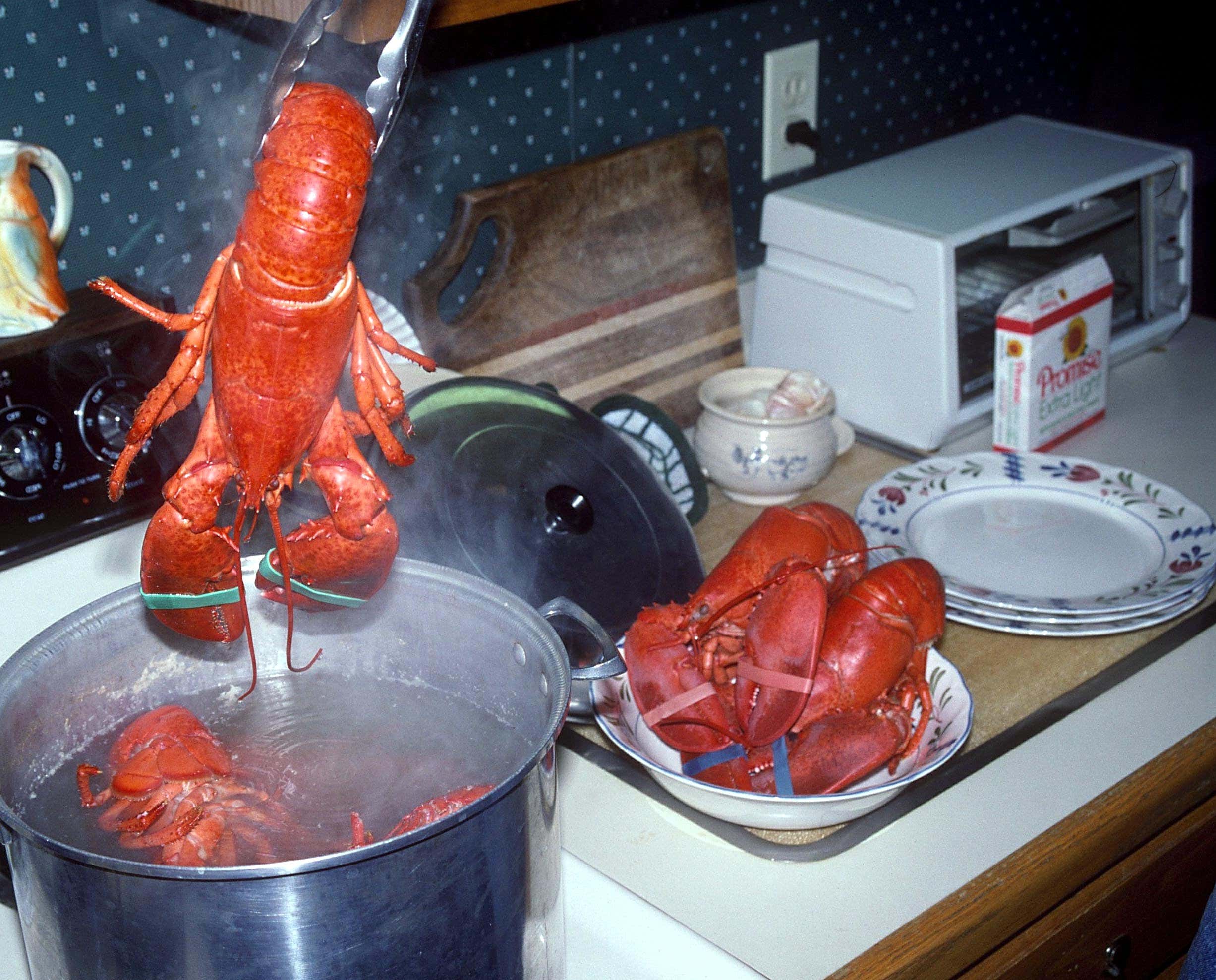 Now, more than ever, the people need hope. They need someone who can lead. Someone willing to solve the problem of how crustaceans are cooked. They look to, the United Kingdom …

Source - Boiling lobsters alive would be banned in the United Kingdom under new legislation that protects the “welfare rights” of crustaceans and mollusks, according to a report Wednesday.

Parliament is considering updating its Animal Welfare Bill — which defends against the inhumane treatment of creatures with backbones — to include invertebrates such as lobsters, crabs, octopuses and squid, according to the Evening Standard.

The bill, which is making its way through the legislature’s House of Lords, would require fishermen and chefs to stun or chill the sea creatures before boiling them, which is thought to be a more humane method of cooking. …

But there’s some debate over whether the creatures truly experience pain — at least in the way humans feel it.

“Crustaceans have long been viewed as maintaining reflexes that do not cause internal suffering, which would mean they do not truly feel pain,” according to the environmental science center envirobites.org. “In some animals the ‘pain’ signal never reaches the brain and therefore the reflex reaction is kept separate from a pain-induced reaction."

Boiling lobsters and other crustaceans alive is already illegal in countries such as Switzerland, Norway and New Zealand.

So that's it then? This is what legislators in the West are having debates about? The feelings of an exoskeletoned fish in the last moments of its life. Cultures around the world where rounding up and torture-killing political dissents is the National Pasttime and where the Westminster Kennel Show is on the Food Network are looking to take over. While our politicians are thinking about requiring fisherman and chefs to painlessly Kevorkian our entrees before we can eat.

Obviously any sane person is all about the humane treatment of vertebrates. But once you extend the same protections to a lobster that you would a dog or a cat, where does this end? Can you still shuck a fresh clam, or do you have to euthanize it first? Can you make Oysters Rockefeller, or do you have to read the little bivalve a story and make sure it's sleeping peacefully before you add the breadcrumbs and bacon? Can we still boil jumbo shrimps for shrimp cocktail, or do we read them their last rites first?

Mark my words, this is just another babystep on the path to these nutjobs trying to turn us all into vegans like most of them are. A squid or an octopus lost the genetic battle and ended up in the middle of the food chain where we are at the top. If the tables were turned, they wouldn't be worried about your emotional state as they dragged you down into a reef to rip you into chum. Right now it's them, lobsters and crabs. Next it's cod and trout. And years from now, you won't be able to swat a bug in your house without a court hearing to prove it was a threat to you.

Just because this is the best thing I've ever heard about the topic, I'll let Jim Gaffigan say the rest for me.