I had no idea this was how my day would go. Neither did the internet.

Let's back it up though. This wasn't just out of nowhere. I released my latest installment of my Top 100 Players of 2021 yesterday with #40 - #31 being revealed and at #33 was my top ranked Safety, Budda Baker. Since all my Safeties had been slotted, I decided to put out a graphic of my top Safeties (shoutout my guy Richie Weber for the hard work on these).

That's where Rachel Bush (along with a fair portion of Bills mafia) took exception.

For full transparency, Bush was just sticking up for her husband, Jordan Poyer, who is a terrific player in his own right. In fact, when looking statistically at the last few years, Poyer has better numbers than my #1 ranked Safety going into 2021, Budda Baker:

And that's ok. It's certainly healthy to debate. Poyer, along with his running-mate Micah Hyde, were fringe Top 100 guys in my mind. They're both tremendous players and there are a lot of very very good players that didn't end up making the final cut. But I noticed Bush started sub-tweeting me.

so we got in a good old fashioned quote-tweet-off to explain our points: 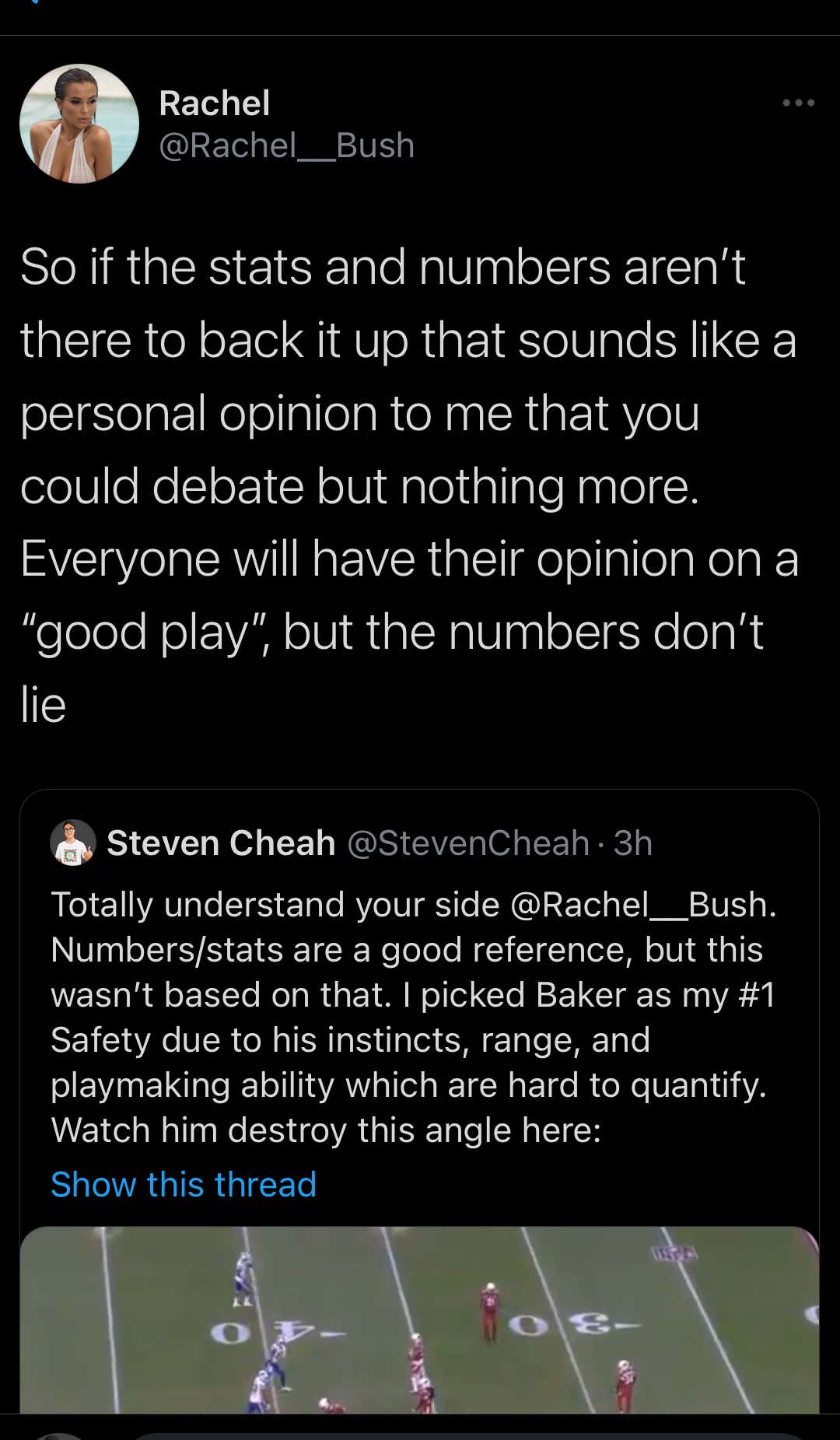 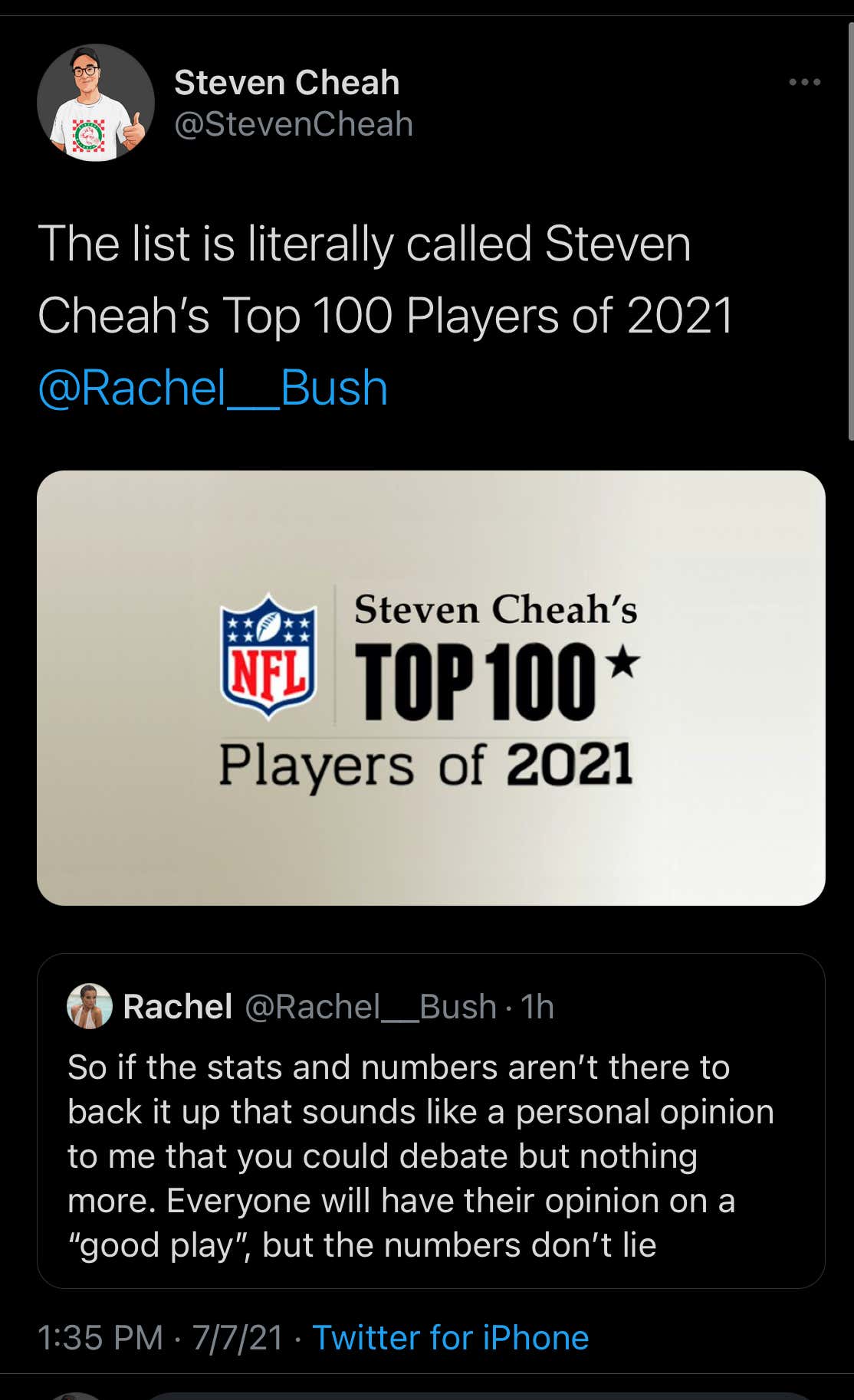