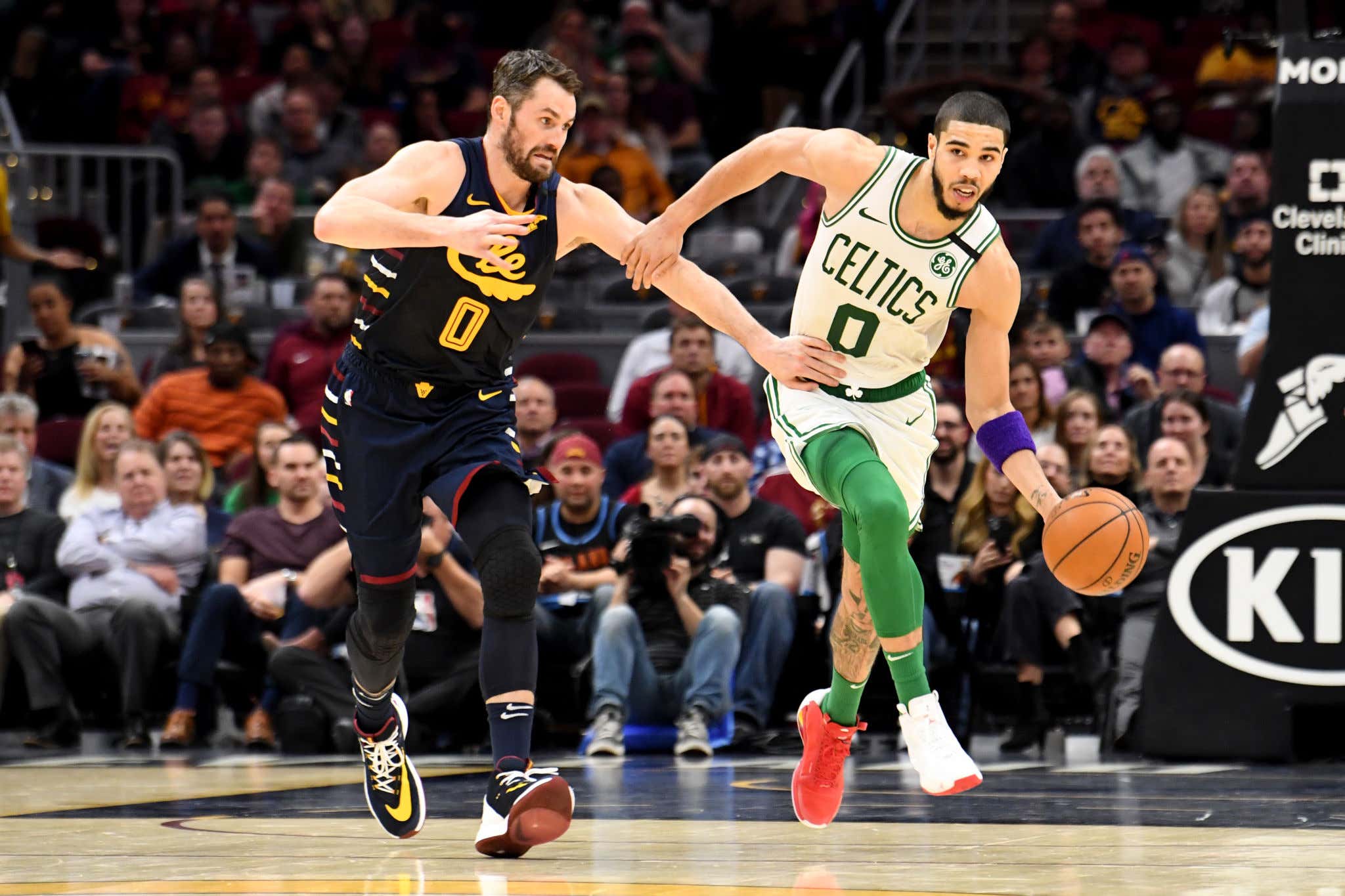 There was certainly a time in my life when I was very much onboard with the idea of Kevin Love joining the Celtics. It wasn't too long ago that this photo happened at Fenway 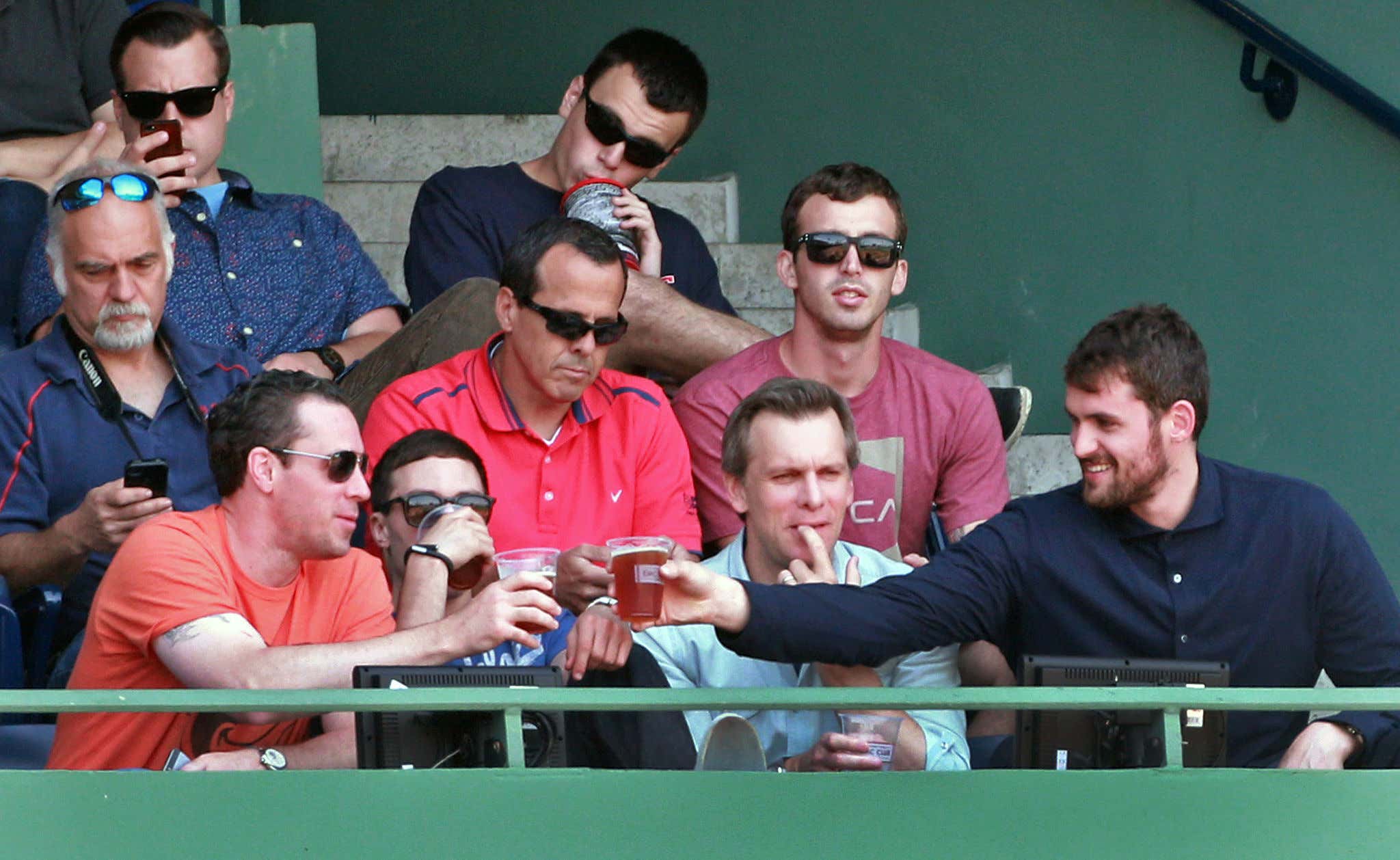 Hearing the Nets being the favorite of a guy looking to join a new team isn't exactly new. We just lived it this past season. Here's where things stand with Love. If you're interested in trading for him, you either need $31M in cap space to absorb that contract, or you need to send $31M in contracts out. He has next year at $31M and 2022-23 locked in fully guaranteed at $28M in his age 34 season. As you can see, trading for him isn't exactly easy. There are thoughts that the Cavs might buy him out, which is where the Nets rumor comes into play.

So why the hell am I blogging this? Well if you read that report, you see this

It is believed the Trail Blazers, Pelicans, 76ers, Celtics and Heat are among other teams with an interest in Love.

I honestly think it's a rule that if there could potentially be any sort of player transaction, NBA reporters by law must include that the Celtics and Heat are interested. My simple question for the Celts is if we're talking trades here, why the hell would they be interested?

For me, this only potentially makes sense if he's bought out. You don't do everything the Celts have done so far this offseason to have financial flexibility moving forward only to then trade for another aging big man on huge money who fucks up the financial flexibility you just acquired. Also, for a team that cannot stop dealing with injuries, I find it hard to believe that Brad would willingly give all that up and take on the risk of a guy who hasn't played over 60 games since 2015-16. So obviously, everyone who is a fan of this team should be against the idea of trading for Love.

But if you're telling me they have a shot to bring in Love on minimum money because he's bought out? Maybe you use the taxpaying MLE on him? I'm a little more interested. A stretch 4/5 is still a need on this roster even with Al Horford. We're probably going to see Brad trade Tristan Thompson at some point this offseason. I'm not going to sit here and tell you that from a talent perspective the Celts big man rotation is good enough even without Love so there's no need to add him to the mix. It makes sense, at the right price. The issue with this idea though is you're relying on Love actually picking Boston, when it's very clear that if given the choice he's going to Brooklyn. It's basically a Blake 2.0 situation. A huge money guy that none of us wanted to trade for but absolutely were in on if he got bought out, only deep down everyone knew he was joining the Nets.

That's the reality for the foreseeable future. If the Suns win the title, you can add them to the list. Bought out veterans are going to flock to LAL/LAC/PHX/BKN. Just accept it and move on.

Who knows, maybe Tatum and Ime Udoka can work their magic while with Team USA and they can convince Love that Boston is where he should be if bought out. But a trade? No thank you. Don't even pick up the phone.