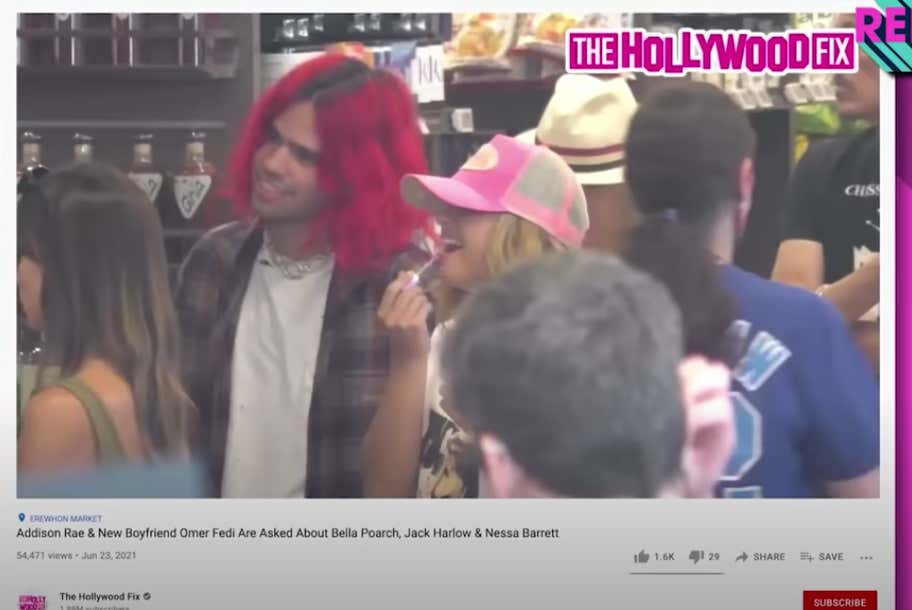 Who the hell is this shmohawk? Addison Rae is the biggest thing on social media right now. There were rumors she was dating Jack Harlow who is the absolute man and that would make sense.

Also let me say something, I went 0-4 in gambling last night so I am writing about this nonsense so I forget about it.

But come on, Addison, you are a star and you pick this shmohawk? He had to dye his hair so someone would notice he's somewhere between MGK and Travis Barker. As I am writing this blog you can tell I am extremely jealous of this bag dating Addison Rae so I'll bash him as much as I can.

All this guy does is ride MGKs coattails. If you are going to date someone who's not in the industry I respect it, but Martin Archibald Mush has double the followers this guy has. You know what though I don't fault the guy, he is an inspiration to us guys that sometimes you just get a way hotter girl than you ever should. There really is no better feeling getting a beautiful girl when you really don't deserve it. That's why Turtle on "Entourage" was the best because he does absolutely nothing but he knows the right people. I shouldn't be shitting on the guy as an ugly man myself, you have to respect it. But she hangs out with the Kardashians, huge celebrities, and you pick this guy? It is just upsetting to the eyes. I thought MGK played the guitar why do you need another one, that always confused me. How do you even pick another guitar guy are there auditions? All in all Addison needs to pick a cooler boyfriend.