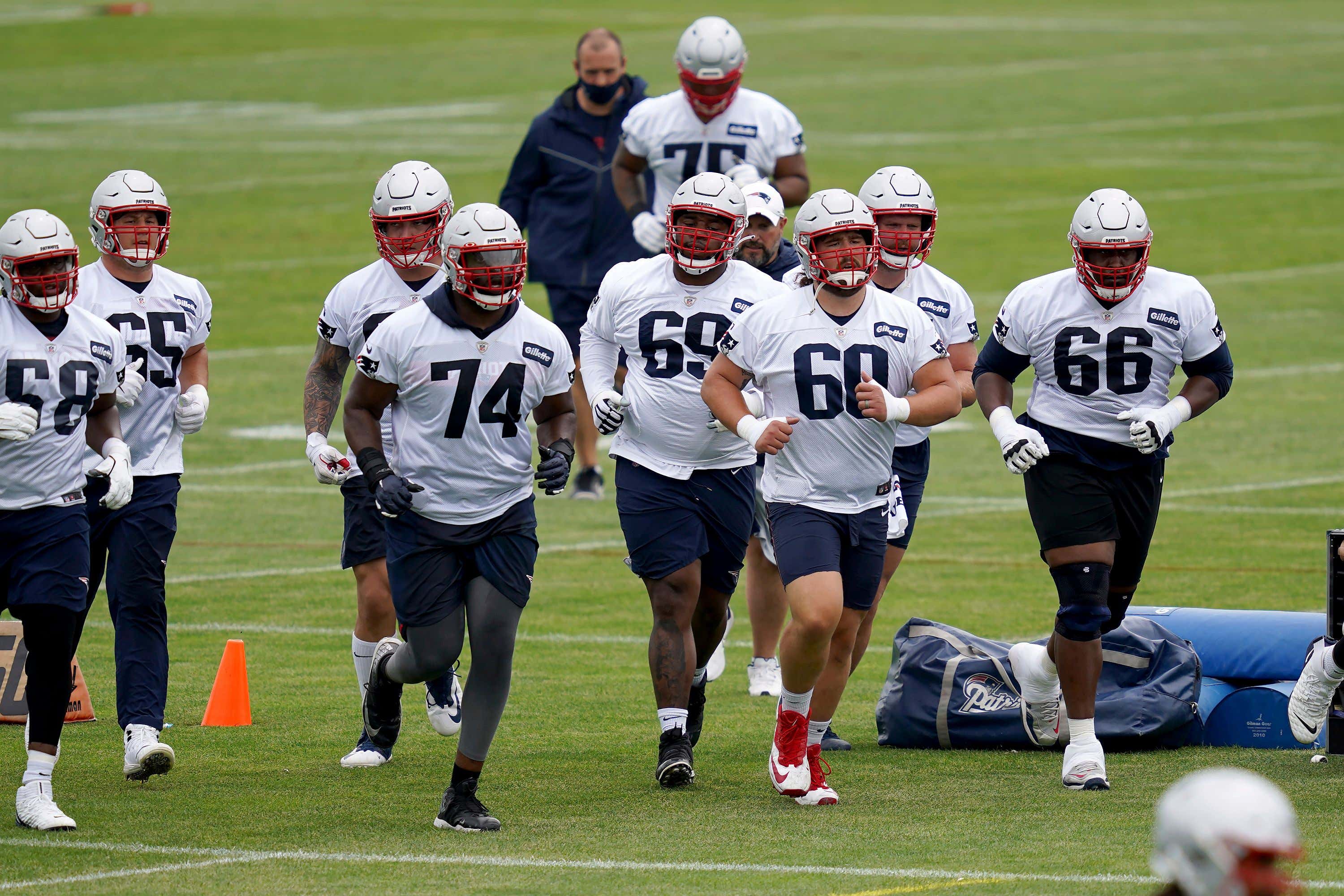 It's fitting that less than a week ago, I posted a blog about Bill Belichick's reaction to a question about analytics:

I say fitting because ESPN uses Pro Football Focus' analytics-based grading system this time every year to evaluate and rank the talent level on all NFL rosters (paywall). They explain their methods this way:

We looked at both the PFF grades from the 2020 season -- a number included for every projected starter -- and a more comprehensive look at each player's career using both PFF grades and statistics.

Funny how that works. Because data-based statistical analysis like this is meant to take all the opinion out of it. So that logic alone rules and your emotional reaction to what you last saw in 2020 and the postseason is completely removed from the process. And yet, their No. 1 team is the Super Bowl champion Bucs and the No. 2 team is the AFC champion Chiefs. I'm not arguing that; those are tremendously athletic rosters. I'm just pointing out that a process that is supposed to be totally driven by science sounds a lot like proximity bias when your No. 1 and No. 2 just happen to be the ones who finished No. 1 and No. 2 in February.

But again, they get no argument from me. Until they get to the No. 18 team: New England. If that ranking sounds low to you, it should. If it sounds familiar to you, it should also. Because this is how the World Wide Leader's talent rankings came out a year ago at this time:

Huh. I'm going to assume here that ESPN actually does do this analysis every year. That they're not just recycling their old content the way I spent all of junior high and high school getting A's for the same book report I did on "My Turn at Bat: The Story of My Life" by Ted Williams. If so, then lets review.

So from the 2019 roster to 2020, the Patriots free agent losses consisted of:

And their biggest signings were:

When you lose six starters, one of whom happens to be the best player the league has ever seen, plus a core subpackage/special teams contributor, while adding a couple depth guys (Phillips did lead the team in tackles, but only after Pat Chung opted out), then dropping in the rankings is wholly justified. Inevitable, really. Even a drop into the bottom half of the league.

Now let's look at the roster turnover from 2020 to now. They've added:

Again, I say, funny how that works. But funny in the peculiar, ironic sense. There's nothing laughably funny about a team that was 7-9 last year adding 160 million guaranteed dollars worth of talent, treating the free agent market like an oil sheik treats the boutiques of Paris, fills areas of need at tight end, wide receiver, defensive end, defensive back, interior defensive line and right tackle - among others - only to upgrade their roster from 18th best to 18th best. Not if whoever is adding up the grades is paying the slightest bit of attention to their work.

ESPN's justification for saying there are only 14 teams less talented than the Pats right now seems to focus on the receivers:

"[T]hey still are missing a true No.1 wide receiver. Nelson Agholor, Kendrick Bourne and Jakobi Meyers are among the top names on the depth chart, and all three are best suited somewhere between No. 2 and No. 3 options in an ideal world.”

Which is a convoluted way of looking at it given that last year, Meyers was the default No. 1 option once Julian Edelman was lost for the year. Now he's likely the third receiver. In an offense that is going to play a base 12-personnel, with Henry and Smith on the field for every play.

You might think that still doesn't sound like a premium WR depth chart and you won't get much of a beef from me. But I shouldn't get a beef back if I point out that it is huge upgrade year to year. And a nice complement to the other Plantinum Package upgrades all those KraftBucks bought at tight end, the line, the Front 7 and the secondary.

And while the natural reaction is to say, "None of that matters if you don't have a quarterback," and point out that Cam Newton was just 23rd in PFF's rankings, fine. [Jules Winnfield voice] Allow me to retort. With PFF's own grades:

Math is fun. Especially when it's used to prove something that can't be true by any discernible logic. The 2021 Patriots can't possibly have upgraded with all this talent across the board and still rank no higher than the 2020 Patriots. They simply can't.

Now, far be it for me to accuse the World Wide Leader of bias, because when have they ever shown any sort of double standard when it comes to New England? All I want is that, when the Pats are a playoff team, we all remember that ESPN claimed that according to science, they were a bottom half of the league roster. Never forget.