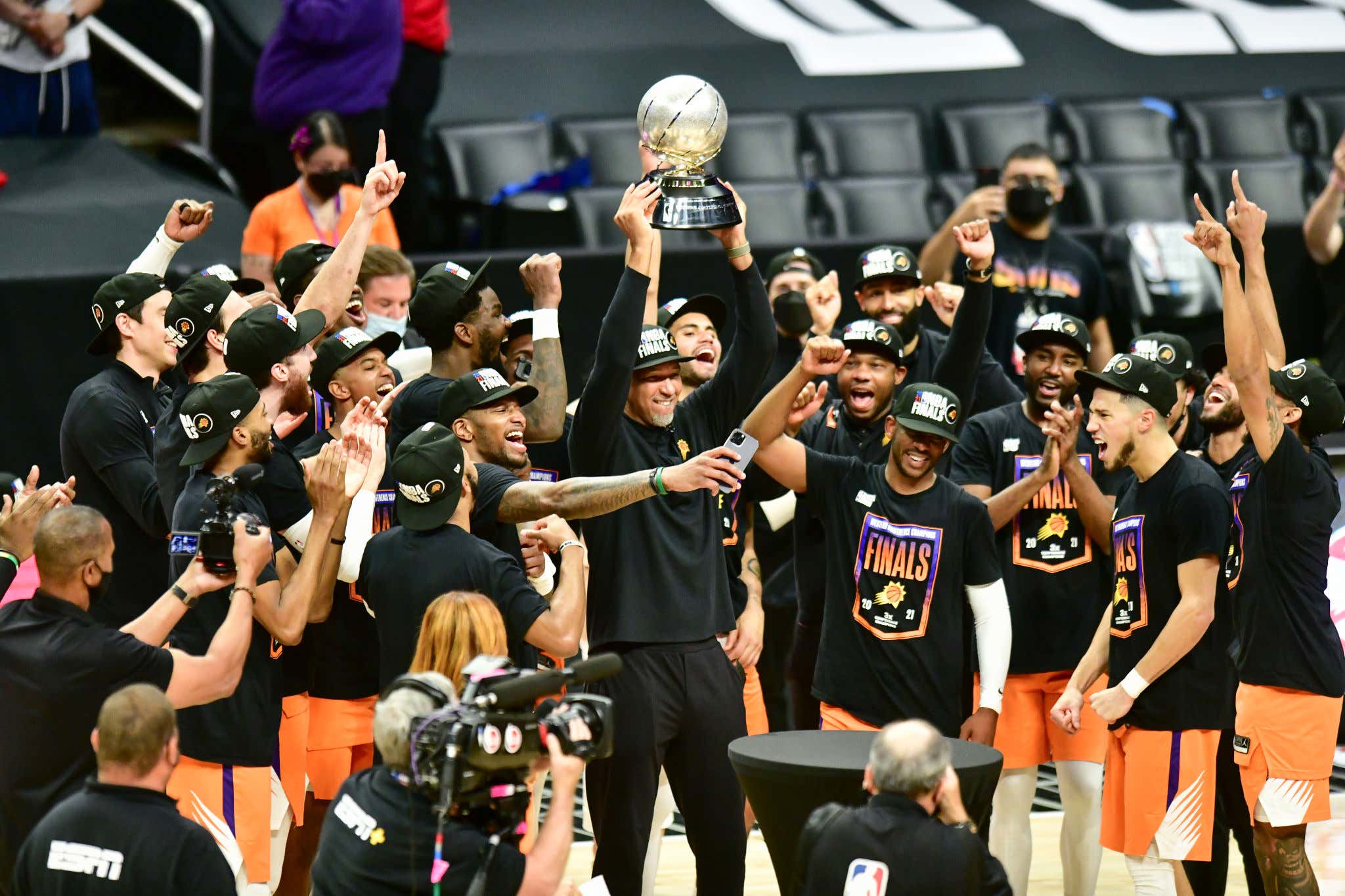 Rebuilding in the NBA is hard. Unless you're fortunate enough to live in a market that a blue chip free agent wants to play in, things can take some time. Not only that, but a large majority of them ultimately fail or come up short. You can lose for years and years and years, have multiple #1 picks, MVP candidate players and still never even make a Conference Finals. When you're doing it in the stacked Western Conference, it's even harder. That's what makes this Suns run so impressive. Just two seasons ago they had the worst record in the entire league. They were 38 games out of first place.

Then they went 8-0 in the bubble

and suddenly their future looked brighter. Maybe they could make the playoffs in 2021 or something is essentially what we all thought. We wondered if that bubble run was just a product of a weird situation and environment or if there was some substance to what we were watching. I mean they took down the Mavs twice, the Clippers, the Sixers, and the Heat. That was as legit a run to close out a season as you'll see.

I've probably watched that video 10000 times this season as the Suns just kept winning and winning. We know what happened a few months after this speech, they traded for Chris Paul, signed Jae Crowder and they were off. But things started in that bubble. How many times do you see a speech like this from a coach and then nothing happens? He was right, the Suns gained the respect of the league in that 8-0 run, no doubt about it. The hardest part though is then building on it. For my money I'd say it's hard to do much better than what we've seen the Suns do since

2nd in the NBA in wins

Now with their ticket punched to the NBA Finals, the Suns do control their own destiny. In fact, you could make the case they are the team of destiny. What's crazy is I'm pretty sure Monty Williams was just talking about becoming a no doubt playoff team where you wouldn't have to worry about any sort of play in tournament.

It's no surprise that immediately after their win last night you had guys like Devin Booker talk about how important the culture instilled by Monty Williams has been to their success.

it's all part of the rebuilding formula. What you see from that speech and then what immediately followed is a team and an entire organization that has bought in. The front office was committed and had a plan. The coach instilled the culture for a team that desperately needed one. The players bought into their role and never looked back.

Now they are 4 wins away from their first ever title. Imagine if you told that to the group in the bubble? From the disappointment of missing the playoffs despite going 8-0 to the brink of an NBA championship in less than a year. Pretty nuts.