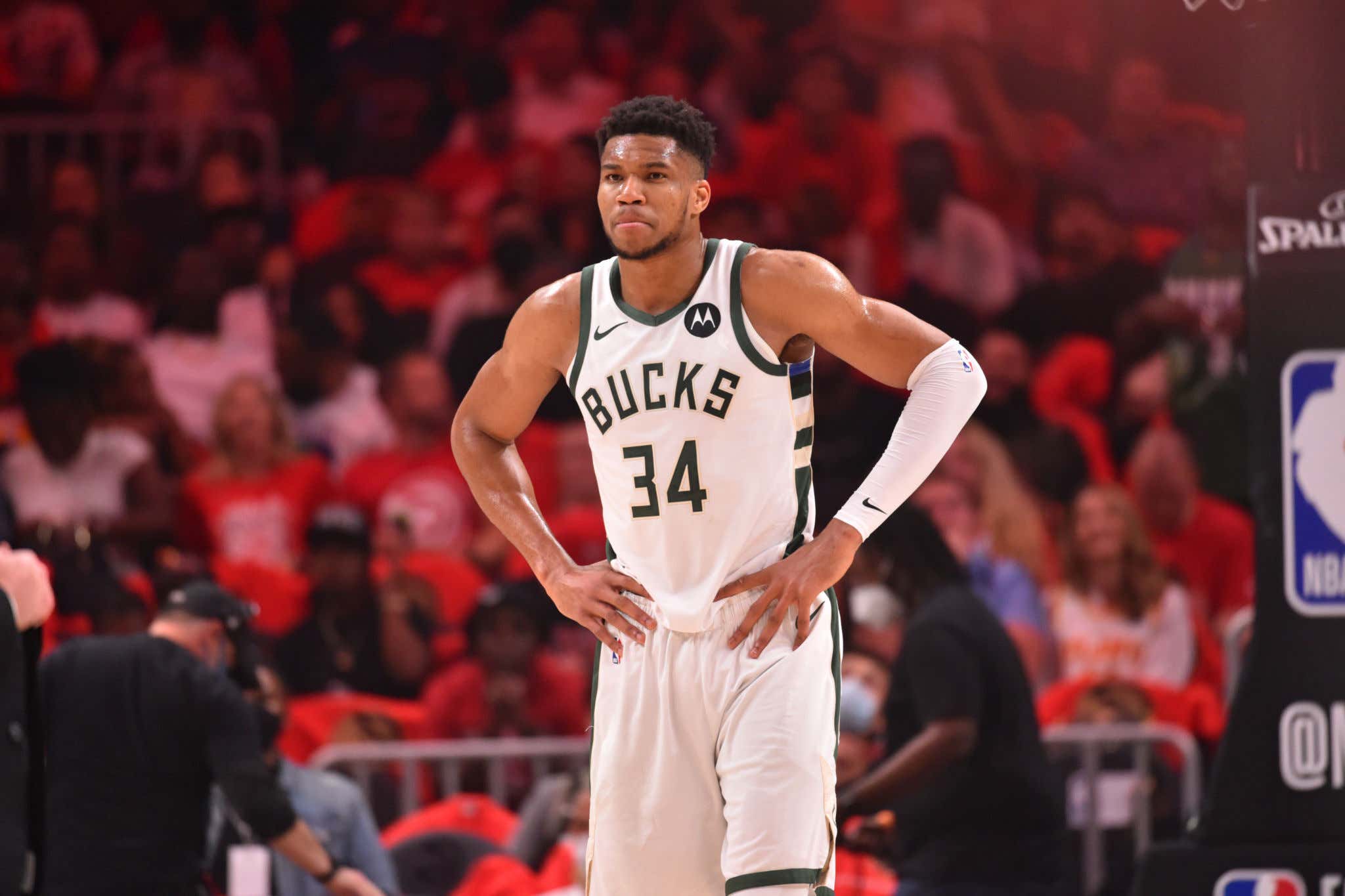 I'm not even a Bucks fan and this news makes me so happy. While nobody knows when Giannis might be able to play again (or if he even does) this postseason, the big news here is that he avoided disaster. Make no mistake, a torn ACL not only costs the Bucks a chance at a title this season, but you can probably rule out all of next year too. That's a devastating blow. This is why you have to try your best and not believe everything you see on Twitter immediately following one of these injuries. Nobody knows. There were early reports last night that they feared severe ACL damage. You can understand why, but as a fan you have to just ignore that and wait for the MRI while praying it comes back clean.

In most cases, it rarely does. Jamal Murray comes to mind. But somehow the Basketball Gods spared Giannis. Injuries have been so brutal this season and postseason when I saw Woj's tweet I almost couldn't believe we got this lucky. Between him and Kawhi, if neither of those guys actually tore their ACL you're talking about an all time prayer given how things have gone this year.

So while this is great news for the Bucks and their fans, you also have to factor in what this means for their immediate future. If I were a Bucks fan, I wouldn't even entertain the thought of Giannis coming back this postseason. Don't do that to yourself. Seeing as how we're already at Game 5 of the ECF and they play basically every other day, I'd be shocked if he comes back to close this thing out. That means if you want to make the Finals, you're doing it without Giannis. Not exactly an easy task. Should they make the Finals, it's still dicey. Those are slated to run July 8-22 should they go 7 games. That still feels a little quick to me when you're talking about a knee injury to your franchise player.

I wonder though if they make the Finals and it does go 7, does Giannis demand to play if he hasn't already come back? The last thing you want is a Kevin Durant situation. The fact that the Bucks didn't just declare him 100% out indefinitely despite not havign structural damage tells me they are leaving the door open for a potential return. Imagine that? He pulls a Willis Reed and comes back for Game 7 and leads his team to a title? I'm not sure I would have the balls to risk it if I'm being honest.

I'm just relieved we avoided the worst case scenario. We've had more than enough when it comes to star players suffering season ending injuries these last few years. Feels nice to finally be on the other side of it considering how bad it looked in real time.