Mrags today discussed how GTA ain't coming out with a new game until quite literally the next generation in 2025. Amazing set of nuts on Rockstar to announce one game per decade and get away with it, but, hey, when GTA V was the MOST PROFITABLE MEDIA RELEASE OF ALL-TIME with no signs of slowing down after cashing over ONE BILLION in 2020, you can piss wherever you please. Including down legs and on faces.

The next game is going to be ever adapting, which is cool. It would be nice to play in Liberty City one day then Vice City the next before hopping on a flight to San Andreas. But what if they actually create some new spots? GTA ShyTown would be an absolute no-brainer. Or how about a GTA Lone Star that just features everything about Texas? Even a Cheeky GTA based across the pond in London would be fresh to slay some blokes.

But here me out with this...maybe the best course of action would be a GTA: Independence City aka Philly. 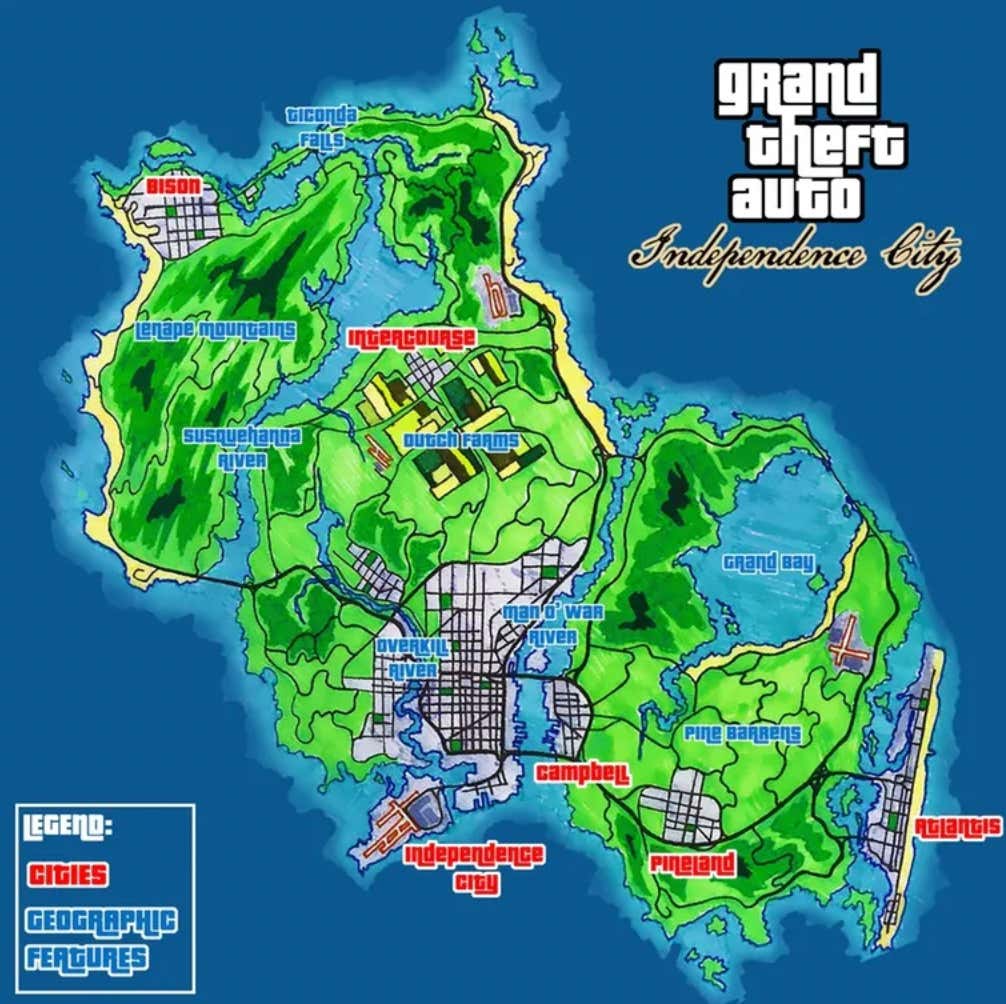 Seriously. You got the main city with all the landmarks, history, and mafia ties (they blew up the Chicken Man in Philly last night…). You have the Atlantic City coastline with casinos/Bare Essentials for days. Then you can stretch it out to the Pocono’s where all the Travis's can breed with each other and have meth on the top of their food pyramid. Shit, you even got the Amish life going down right outside of town. Be somebody, Rockstar. Make it happen.