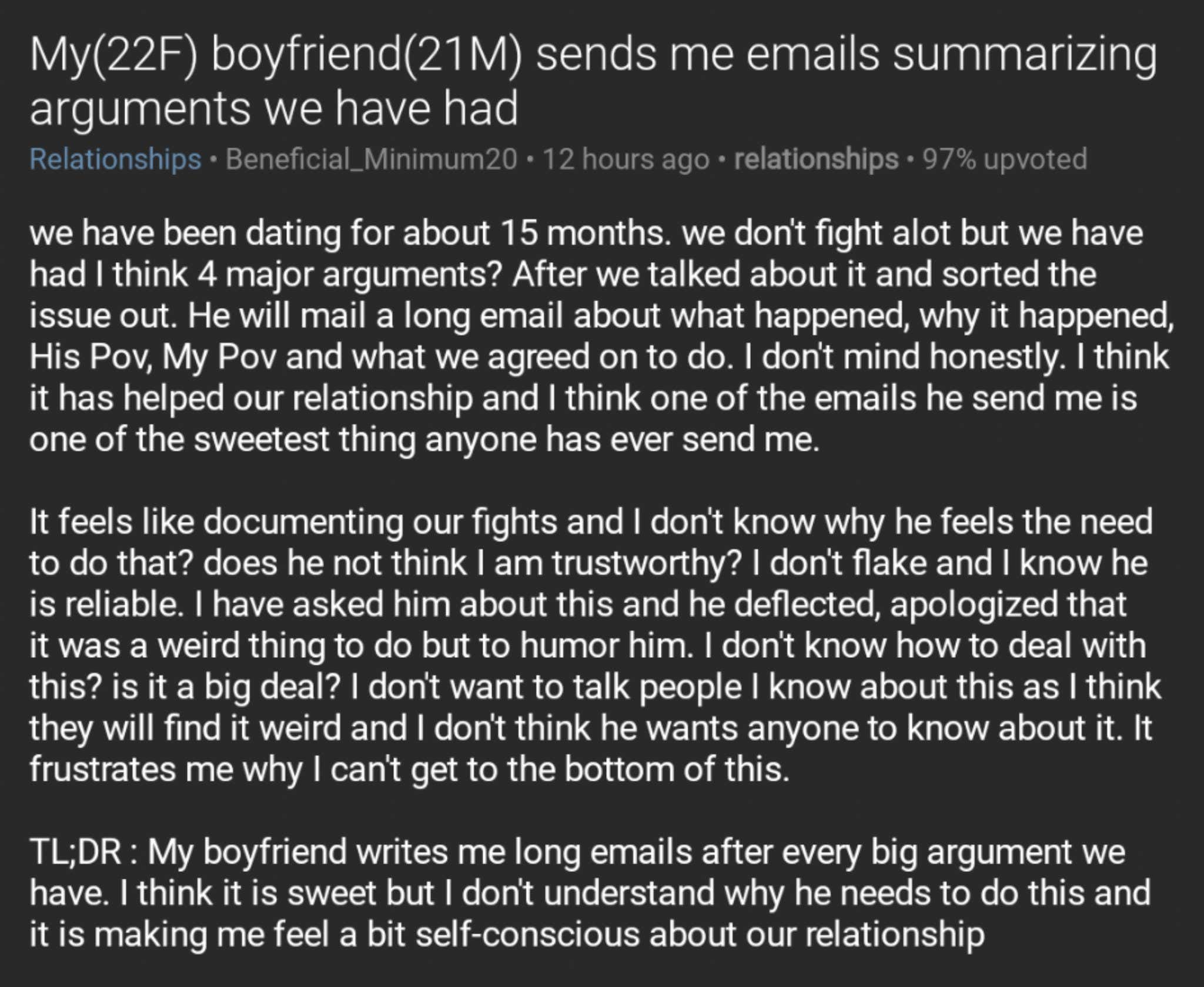 What a move. I love it. As the kids like to say, "we stan a petty king." After every argument this couple has, the guy sends a recap email to his girlfriend of everything that happened and who was on what side. I'm trying to imagine what these could look like.

Happy Hump Day! We're halfway to the weekend!!! This weather is brutal today. It's a total scorcher out there. Anywho, just wanted to circle back to that 6 hour long argument we had last night. When I said I personally don't really like girls with short hair, I wasn't talking about your hair length at all. To me, your hair is definitely on the longer side. I know you have extensions, but even without them it's at least shoulder length. I was more referring to super short hair like Halle Berry used to have back in the day. Not that I don't find Halle Berry attractive. She's obviously stunning regardless of her hair length. But I just meant that style. Sort of my like my mom's friend Jean. You wouldn't know her. But I really don't like the length of her hair. Super nice lady though. The girl that Joey and Chandler both dated in Friends is basically what I'm describing. I've attached a picture. 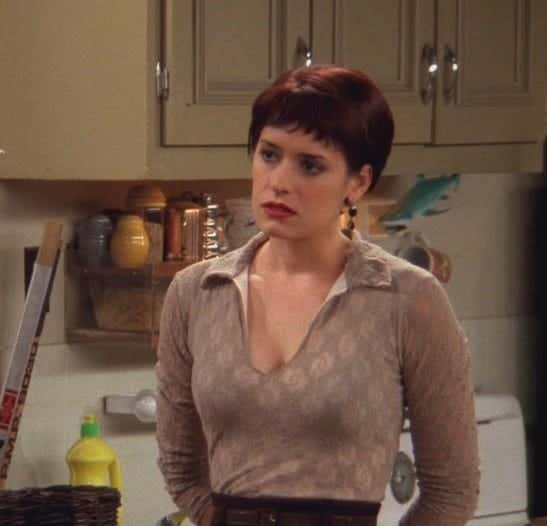 Anyway, I know you took that as a personal shot and think it was superficial of me. "You wouldn't be attracted to me without my extensions? You don't like my natural beauty?" were things you kept saying. But you're actually wrong for assuming that's what I meant. I was right.

Have a great rest of the day! See you later. I know you're making that gross, vegeterian salad you love. I hate it so I'm just going to pick up some Chipotle on my way home.

(The incredible level of detail may or may not have been inspired by true events).

My favorite part of that Reddit post is the girl thinking it's sweet??? If a guy is emailing you detailed recaps, he is probably 100% explaining why he was right and also wanting records kept so his words can't be twisted at a later time. Genius? Yes. Petty? Absolutely. Funny? Very much so. Sweet? Not at all.

It's also very funny that he does this over email as opposed to a text message. Very professional. Would be even funnier if he put a handwritten letter in her mailbox. As someone who loves to write recaps of things (Survivor, Barstool vs. America, my daily life), I may start instituting this system with my wife, Margot Robbie.

So a hardy keep it up to this king. Best of luck with your very stable relationship.