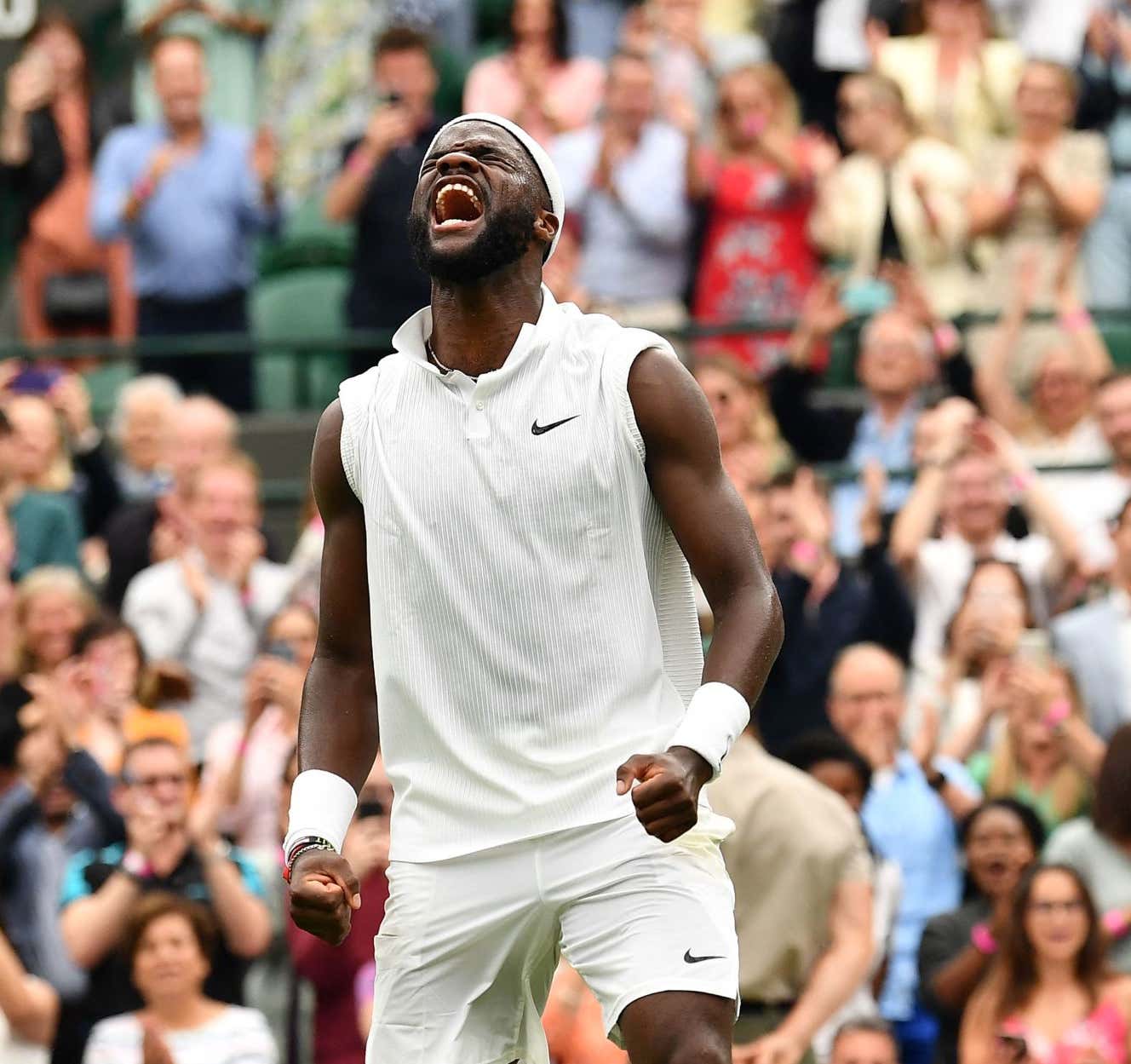 Holy moly we are off at Wimbledon with HUGE upset coming the way of American Frances Tiafoe. He just took down the world number 4, Stefanos Tsitsipas in the first round, and he did it in dominating straight sets fashion. What just happened..

Now it's worth noting Stefanos isn't the strongest of grass court players (he's much better on clay and hard court) but losing this early with almost no fight in the match was bizarre. He didn't play in any warm up tournaments leading up to Wimbledon after a deep run to the finals at the French. Tiafoe on the other hand got hot in challenger event and played 9 grass court matches heading into this one. Sometimes that's all that matters coming into a grand slam. Credit to the American though, he was just better and didn't make any mistakes.

I'm just really happy for Tiafoe, who just notched the biggest win of his career by taking down a top 5 player for the first time in his life. AMERICAN TENNIS!!! Dude has had a lot of up and downs in his career over the years so it's awesome to see him have a moment like this. Hope he can string together a few wins and get to the 2nd week. As for Stefanos, dude's been through a lot lately with the loss of his grandmother on the same day of the French Open final against Novak. He never really looked into this match and the results show.

The Wimbledon championships have begun and we've got chaos on the gentleman's side already. Baseball has failed me this year, it's time for tennis to take over my life and provide me with happiness.