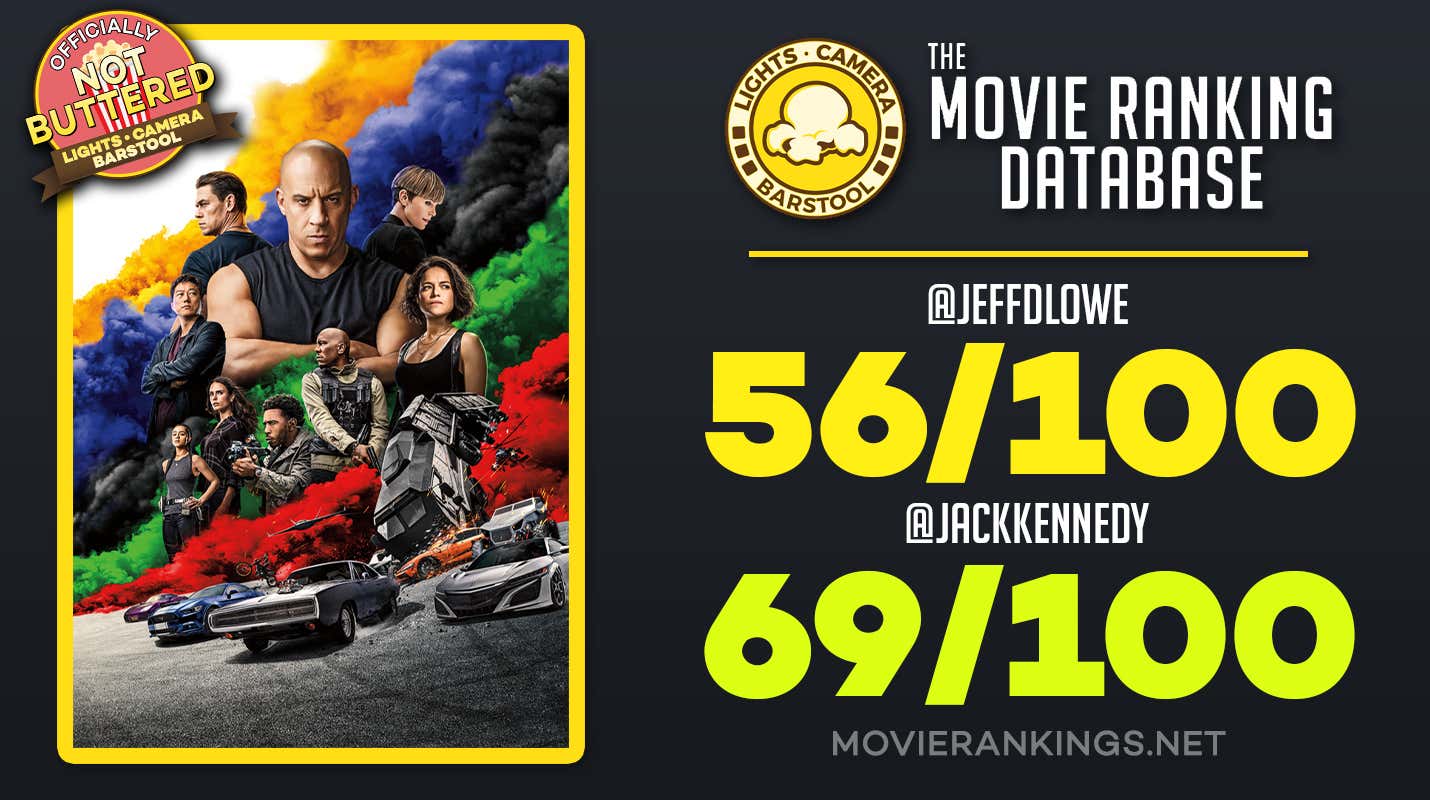 The Fast Franchise (or Saga?) is back. It's not great. It's losing some steam. But it still offers up a good time!

Dom Toretto is living the quiet life off the grid with Letty and his son, but they know that danger always lurks just over the peaceful horizon. This time, that threat forces Dom to confront the sins of his past to save those he loves most. His crew soon comes together to stop a world-shattering plot by the most skilled assassin and high-performance driver they've ever encountered -- Dom's forsaken brother. (via MovieRankings.net)

I do not hate 'Fast & Furious 9', that needs to be clear right off of the top, but it is easily in the bottom half of this insane franchise.

Right on the outset, the issue I have with this movie is how on the nose they were with making sure the audience knew that we should not be taking this movie seriously. They had moments that felt like near-wall breaking to hammer home that this is "over the top" on purpose.

But here's the thing… we already know! We are ten movies into this franchise if you include 'Hobbs & Shaw', and everyone already recognizes how ridiculous it is that the characters are invincible, and the storylines are obnoxious.

This doesn't sound like too much of an issue, but it piles up and takes the fun out of the ridiculousness of this movie unfolding. Add that on top of flashbacks nobody asked to see, and a few scenes of retcon-exposition… it just doesn't have the same feeling or vibe as the last few movies.

The fifth, sixth, and seventh movies were the peak of the mountain for the franchise, but even the eighth movie cleared the bar a bit. But the newest installment in the Fast Franchise just doesn't carry the same weight as previous entries.

Objectively, it is dumb, loud, nonsensical with a trashy script along with impossible to believe action. But, I also think that is what they want and what most fans want out of this. I think that is a more meta-conversation, so it might be easier to stick with where I think they could have improved.

This movie had a villain problem. Jakob sucked… bad.

I like him in theory as Dom’s brother because both Cena and Vin Diesel are gears of war-proportioned action stars, but he just wasn’t interesting. The Cypher misdirect thing was stupid and that guy Otto was maybe one of the worst villains I’ve ever seen in an action movie.

The MacGuffin tetrahedron was also stupid. Just make it nukes, nobody would care!

--
The movie is Officially Not Buttered, but it is still a good time and worth seeing on the big screen. Go to the movies! Have fun! You can head to Lights Camera Barstool right here to listen to our latest episode where we reviewed the movie in full.