Big time sauce from Brooks to reel that bitch into the hole. Who said Koepka doesn't show up to non-majors? Well, mostly everybody but a sick shot regardless to put himself into the mix on Friday at the Travelers.

But why the hell did Brooks give the money sign and say "Justin Thomas", a guy who isn't even playing in this week's tournament?

Well, I'm glad you asked. For those who don't know, JT and Brooks have an annual wager dating back to 2018 at the CJ Cup in Korea. It goes a little something like this (courtesy of Jason Sobel at Action Network):

Back in October, while playing together at the CJ Cup in South Korea, Koepka and Thomas started talking about holing out — and more specifically, how neither one of them tends to do it very often.

A bet was born on the spot, as they turned it into a season-long competition that ends this week.

The terms: It has to be during a competitive PGA Tour round and from at least 50 yards out.

So there ya have it. The wager was discovered in 2019 and it appears it hasn't gone anywhere since. Hence this instant reaction from JT:

Now $1,000 is chump change for these guys, but it's fucking awesome that we've got two of the world's best players throwing out prop bets against each other and chirping each other about it. I'd like to think there's tons more wagers like this on Tour that we don't even know about. God knows how many one-off wagers Phil probably has had with a variety of different guys over 30 years on Tour. A few get leaked out but I think it's understood that you keep it pretty tight-lipped with Phil. These younger guys don't give a hoot. Maybe this whole PIP thing will lead to more of these things coming out because they're undeniably awesome. Just two guys being dudes. 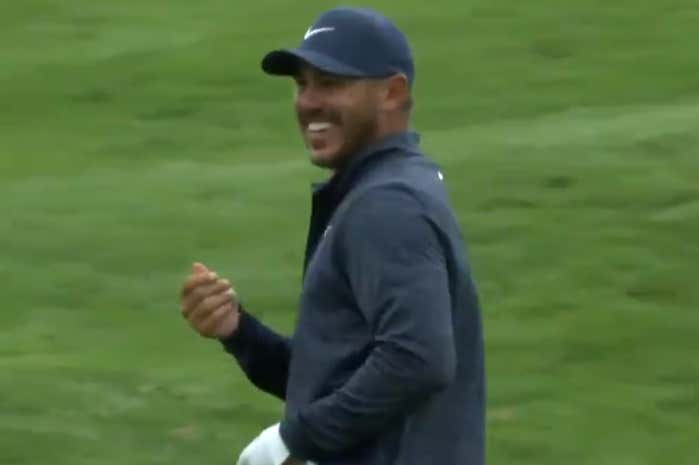