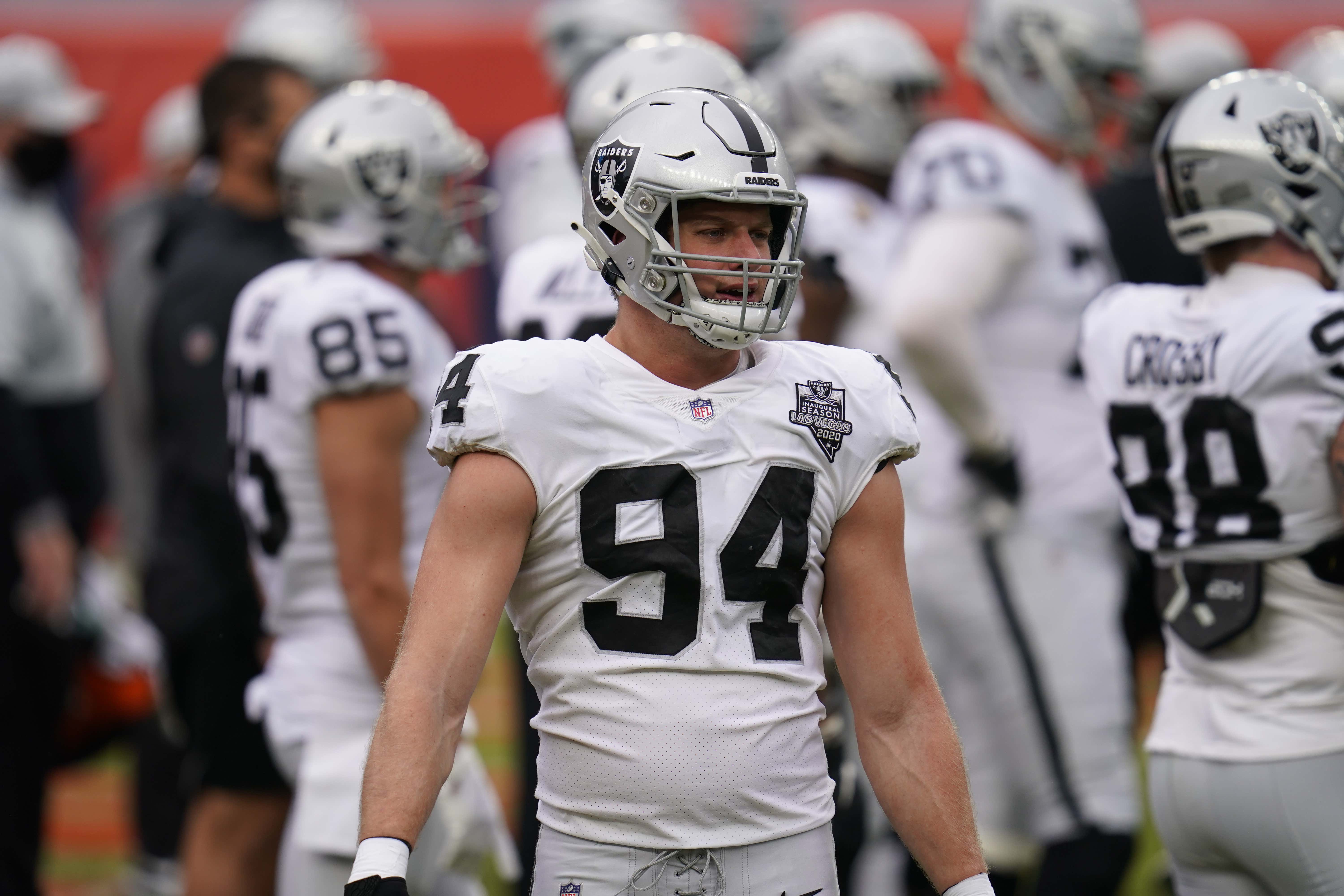 Pat is the most imminently qualified person I've ever met to speak to the news the Raiders' Carl Nassib came out as gay. And he did. And typically knocked a blog about it into the stratosphere:

But just to pick up a crumb of this story that was left on the plate, I just want to remind everyone of Nassib's previous claim to fame. Aside from, you know, the whole "walk-on at Penn State, consensus Lombardi Award, Bronko Nagurski Trophy, 3rd round pick, 73 career games, 143 tackles, 20.5 sacks fame" thing. And that was this impressive financial planning seminar he gave his teammates on 2018's "Hard Knocks: Cleveland Browns":

Somewhere buried in this is a Michael Scott-like Oscar Nunez reference, which I'll give a good leaving alone to.

Instead I'll just say it strikes me that this is a guy who has had his teammates respect over his five seasons. A guy who can command a room while explaining the math of compounded interest and get them to grasp the concepts of the Rule of 72 like they're learning how to identify the Mike is probably the perfect player to blaze this particular trail. I mean, I've had this exact conversation with my financial planners, save for the fact our meetings tend to have zero "shits" and "fucks" and in an NFL meeting room at least one per sentence is mandatory.

I know from personal experience how hard it is to get young people to think about their long term financial situation. Give a guy in his early 20s an opportunity to set money aside for his future self, and you'll fail almost every time. Back in the day I worked at a place that had a matching 401k - so basically they were giving you free money for nothing. And a buddy of mine cashed his in after just six months, took the early withdrawal penalty hit, took what little remained and used it to put Blaupunkt speakers in his Mazda RX-7. I bet it's even harder in the NFL where these guys have been raised as pups to believe they'll not only live forever, but they'll always be rich. Steve DeOssie was a union rep and I talked to him on the radio about how he tried to talk teammates into putting money into the NFL's retirement, which matched at something crazy like 1.5 times your contribution and he couldn't get more than a couple of guys to do it.

So credit to Nassib, not just for being the first one to come out openly. But for being possibly the soundest and most reliable financial advisor in the league.